A month and a half after the city of Anaheim ended a pair of tax incentive agreements with The Walt Disney Co. at Disney's request, the entertainment company announced it would not build a pre-approved luxury hotel at Disneyland Resort.

Disneyland spokeswoman Liz Jaeger told Bisnow in an email that the company reviewed the economics and cost of the hotel and without the city's tax incentives could not move forward with the 700-room project. 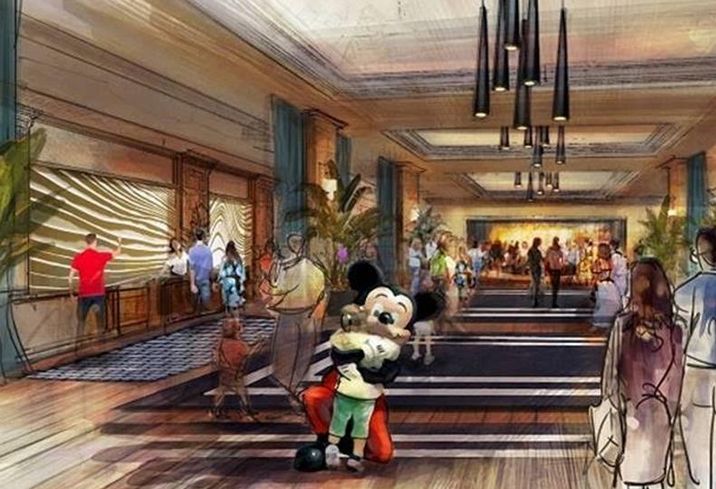 “We’ve taken the time to review the economics of our proposed four-diamond hotel for Anaheim and have made the final decision to cancel the project," Jaeger said in a statement. "While this is disappointing for many, the conditions and agreements that stimulated this investment in Anaheim no longer exist and we must therefore adjust our long-term investment strategy.”

Disney's cancellation of the 700-room, 900K SF luxury hotel that would have been built on the west end of Downtown Disney comes as no surprise.

Disney was one of three developers to be awarded tax incentives from the city to build four-diamond hotels.

As part of the city's hotel incentive program, the city would reimburse developers that build four-diamond luxury accommodations 70% of the transient occupancy tax the hotel generates for 20 years. The city has a 15% nightly bed tax rate.

Earlier this year, the union representing local Disney theme park and local hospitality workers successfully placed a living wage initiative on the November ballot that would require companies that receive a tax incentive from the city to increase their employees' minimum wage to $18 by 2022. Developers said at the time they might abandon future projects if the measure passes and have placed some projects on hold.

Wincome Group, one of the developers to receive a tax incentive, had broken ground on the Anaheim Westin, but has placed the construction of a second luxury resort on hold.

Another developer, a JV of Bill O'Connell and Prospera Group, also received a tax subsidy. The company last year broke ground on a JW Marriott at the GardenWalk. A second pre-approved hotel has been placed on hold.

In August, city of Anaheim attorney Robert Fabela sent Disney a letter stating that its pre-approved hotel project could not move forward after the city found that Disney had moved the 31-acre site from the north end of the Downtown Disney strip to the west end. Disney officials said that the city knew of the change of location during the pre-planning process and that they were surprised by the letter.

With the living wage measure to be voted on next month by residents and the city taking issue with the location of the four-diamond hotel, Disney asked the city of Anaheim to end all of its tax incentive agreements that included the hotel incentive policy and a previous entertainment tax policy.

The entertainment tax policy would not allow the city to tax theme park visitors for up to 45 years in exchange for Disney's investment into $1B in theme park development. Soon after the passage of the latter agreement, Disney announced the building of a Star Wars-themed land.