Butterfly Palladium In Buena Park To Be An Immersive Experience

Come 2019 visitors will be able to step inside a simulated Costa Rican rainforest surrounded by thousands of butterflies in Buena Park.

Outside the Lines is constructing and designing some parts of the much-anticipated $25M Butterfly Palladium, which will sit on 9 acres at 7711 Beach Blvd. in Buena Park’s entertainment corridor.

“Once you walk in, you’ll feel like you stepped inside a Central American rainforest,” Outside the Lines CEO J. Wickham Zimmerman said. “It will be an immersive experience.” 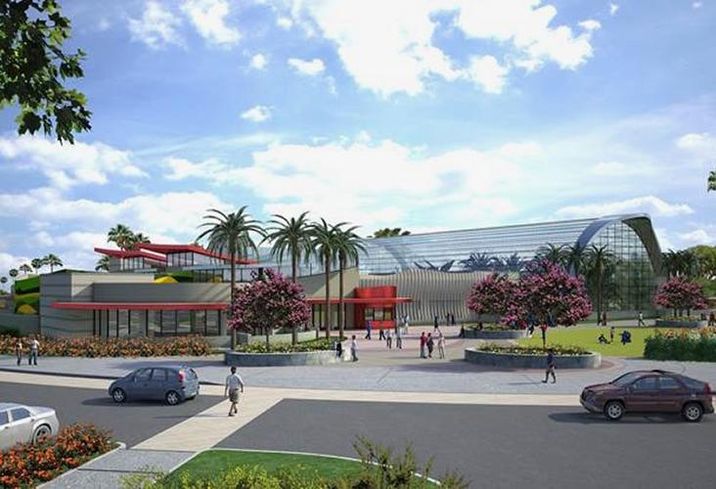 The project highlights the growth of Buena Park’s entertainment zone and a development shift away from traditional retail to experience-based attractions to attract more visitors.

More than 6.4 million tourists visit the city annually, according to the city, with many spending their time and dollars in the entertainment district, which spans several blocks on Beach Boulevard that includes a Knott’s Berry Farm theme park, Knott’s Soak City water park, Medieval Times, Pirates Dinner Theatre and a Rock & Brews restaurant.

The city sold the property, which once housed The Movieland Wax Museum, to mega-mall developer Rubin Stahl in 2015 for $2.5M.

Stahl, who is developing the project, is most known for developing the West Edmonton Mall in Canada, one of the largest shopping malls in North America. He also developed Butterfly Wonderland in Scottsdale, Arizona.

Brissette Architects is serving as the lead architect, amk STUDIO as associate architect, Acon Development as general contractor and Conceptual Design & Planning Co. has been tapped as the landscape architect.

Zimmerman said developers have to create projects where people want to go and learn something or see something they would not normally see.

“Everything is pretty much entertainment-driven,” Zimmerman said. “Retail has changed so dramatically in the past five years. You have to give people a reason to go out.

“With the millennial generation, which is becoming the largest part of the population, they are experiential-based. They put a high value on experiences, and I think these types of [developments] are going to continue to evolve.” 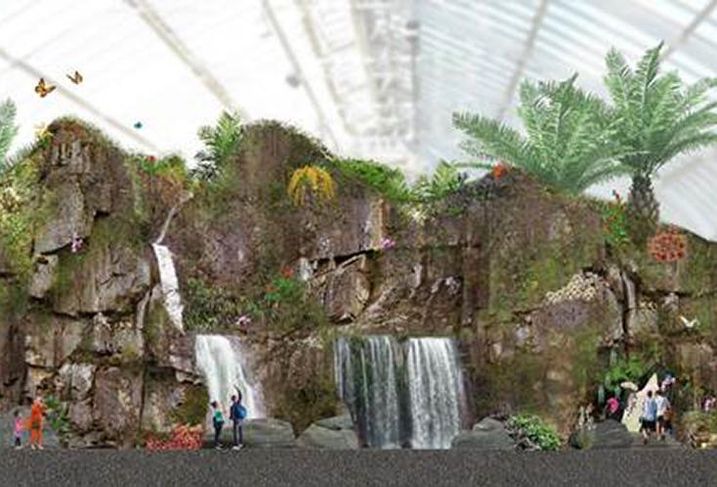 Courtesy of Outside the Lines
A rendering of the Butterfly Palladium in Buena Park.

Outside the Lines is designing and constructing a 45-foot-tall artificial mountain with streams, ponds, rockwork and other themed elements.

People will walk through paths and bridges to visit other multisensory exhibits. There will be turtles, fish, plant species of various kinds, bees, a large jellyfish aquarium and thousands of butterflies.

Zimmerman said the new Butterfly Palladium, when opened sometime in the first quarter of 2019, will not only draw in visitors but also provide an educational outlet for kids throughout Southern California.

“This will be a huge draw [that's different] than your typical experience at Disneyland, Knott’s or another theme park,” Zimmerman said. “It’s going to be like going to a science center and Disneyland all in one.”