Disney Preparing For A Marvel Superhero-Themed Land In Anaheim

After the successful opening of a Star Wars-themed land at Disneyland, The Walt Disney Co. is preparing for its next major expansion: a Marvel superhero-themed land.

In the past couple of months, Disney has pulled several permits worth an estimated $14M for construction of new buildings within Disney California Adventure, according to the LA Times, a Disney blogger and Anaheim permit database records. 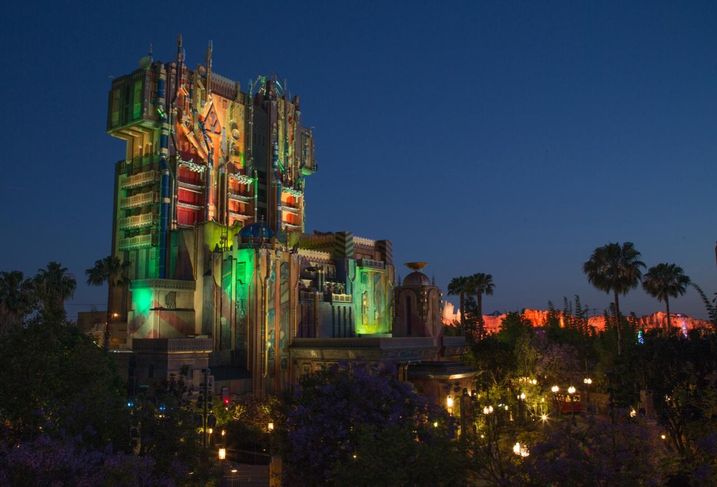 Courtesy of Disneyland Resort
The Guardians of the Galaxy — Mission: Breakout! attraction at Disney California Adventure

The permits are listed as “Golden State Expansion” on the city's building and planning website.

One permit is for new commercial construction of an 8,778 SF restaurant with a 4,621 SF outdoor dining area.

Another permit is for the construction of a new two-story building with a rooftop platform.

The buildings will be for the construction of a new microbrewery, a merchandise store, a character meet-and-greet area and other improvements.

A Disneyland spokeswoman had no comment. In an email to Bisnow, she referred to an announcement Disney made last month and another from last year.

In the previous announcement, Disney stated it would open a superhero-themed land at Disney California Adventure anchored by the existing Guardians of the Galaxy — Mission: Breakout! attraction and feature Marvel characters from the Avengers and Spider-Man. 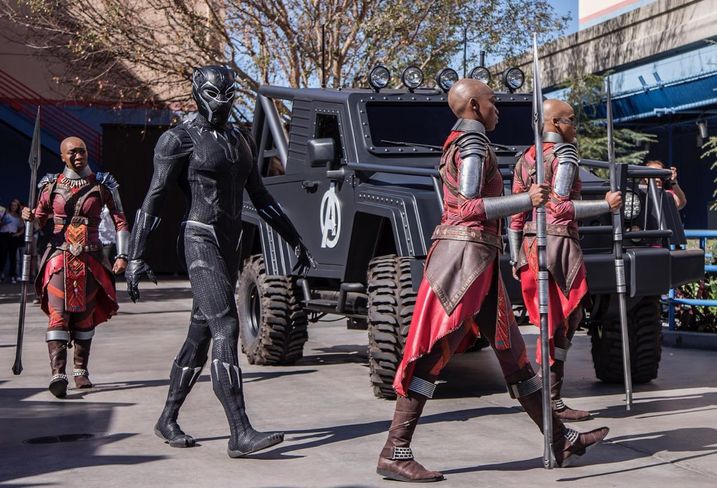 Courtesy of Disneyland Resort/Joshua Sudock
The king of Wakanda, Black Panther, and his royal guards walk to a meet-and-greet area at the Hollywood Backlot area of Disney California Adventure park in Anaheim.

Disney also plans to add a Marvel-themed area to its theme parks in Hong Kong and Paris. Disney purchased the rights for Marvel for $4.2B in 2009.

Anaheim spokesman Mike Lyster said the city is excited about another themed expansion at Disneyland Resort.

"We’re certainly excited, especially after Disney's investment in Star Wars land," Lyster said. "Disney continues to invest in its theme parks and in Anaheim. By building around the Marvel characters and franchise, we’re encouraged that this will generate more visitors to our city."

The themed expansion based off the "Star Wars" franchise, which Disney purchased as part of its acquisition of Lucasfilm in 2012 for $4B, has brought tens of thousands of new visitors into Anaheim — so many that Disney had to place a reservation system and limit guest visits to the land to four hours to curtail the large crowds from overcrowding the area.

Surrounding hospitality, retail and restaurant businesses have benefited from the large influx of visitors, Anaheim Mayor Harry Sidhu told Bisnow before he gave the keynote address at Bisnow's Orange County State of the Market event Wednesday.

"This will bring in more visitors to the city," Sidhu said. "Everyone, residents and businesses, benefit when more people come here."