For now, Disneyland will remain closed. 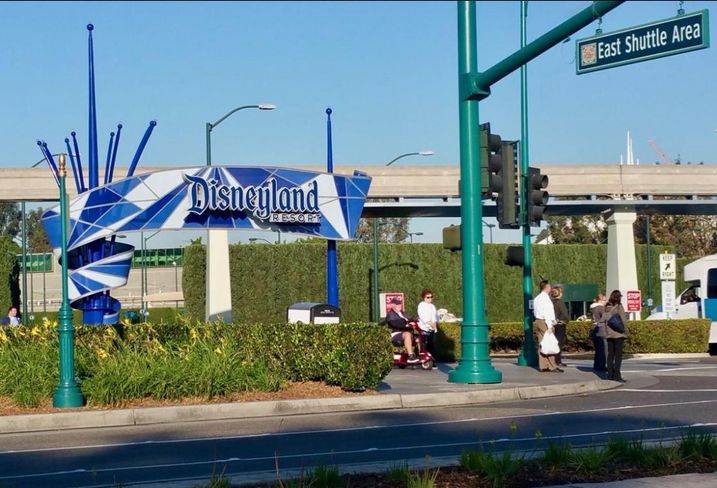 In a blog post on its website, a Disney official said the state of California has yet to release a reopening guideline for theme parks, and the lack of guidance complicated how to bring employees safely back to work.

"We're in a fight right now," Unite Here Local 11 co-President Ada Briceño said to Bisnow. Unite Here Local 11 is a union that represents workers at hotels in Southern California and the Anaheim resort district including Disney-owned hotels, as well as sports arenas and convention centers.

"I don't think anyone should be reopening anything," Briceño said. "Disneyland and the hotels attract all kinds of people from all over the state and the world. How do you keep workers and their families safe?"

Briceño said her union members, many of whom are Latinx, Black and from other minority groups, say they are worried about going back to work. But it is a catch-22.

"They have to decide between their livelihood or health," she said. "It's very tough. People are worried. It has been shown that the coronavirus disproportionately impacts the brown and Black communities. How do we ask those folks to go back to work when they are the most vulnerable population? We need to make sure they are safe."

A Disneyland spokeswoman told Bisnow that the company needs the state's guidance and more time to train its cast members to new health and safety protocols. The company is also working with Disneyland union leaders to address worker safety issues, the spokeswoman said.

"Given the time required for us to bring thousands of cast members back to work and restart our business, we have no choice but to delay the reopening of our theme parks and resort hotels until we receive approval from government officials," Disney Parks Editorial Content Director Thomas Smith wrote on the Disney blog. "Once we have a clearer understanding of when guidelines will be released, we expect to be able to communicate a reopening date."

Disney's continued closures in the area are a big blow to the city and the Southern California region's hotel industry.

Impacted by a coronavirus-catalyzed downturn that forced most sites to shut down, hoteliers in the city's Resort District was counting on Disneyland to bring visitors back to the area. Just Disneyland alone as a single theme park attracts more than 18 million visitors a year, according to the Themed Entertainment Association.

Anaheim/Orange County Hotel & Lodging Association Executive Director Jerry Amante said the delayed reopening is a "real blow to Anaheim hoteliers who have already been devastated by the COVID-19 pandemic."

"This is a big problem for the city of Anaheim as well," Amante said in a statement to Bisnow.

"The city gets most of its money from hotel taxes and other tourism related taxes, and the budget for police, fire, and other city services depends on the economic success of the resort area," he said. "We remain hopeful that Disney can safely reopen soon. We know Disney has robust safety protocols and stand ready to safely reopen with the utmost care for their employees in mind."

Greg Eisenman, the general manager at Tropicana and Camelot Hotels in Anaheim, said both of his hotels, which sit directly across the street from Disneyland, will remain closed.

"Our business is 99.9% reliant on Disneyland," Eisenman said. "We have no intention of reopening until Disneyland does."

Eisenman said when Disneyland announced it would reopen, he and his team were mobilizing and making preparations to reopen their hotels.

"We started our procedures," he said. "We were ordering supplies for social distancing and masks and barriers for the front desk but now that Disney is staying closed, we halted everything," he said.

"It's too bad because we have 60 people furloughed and they want to get back to work," he added. Both hotels have been closed since March, he said. 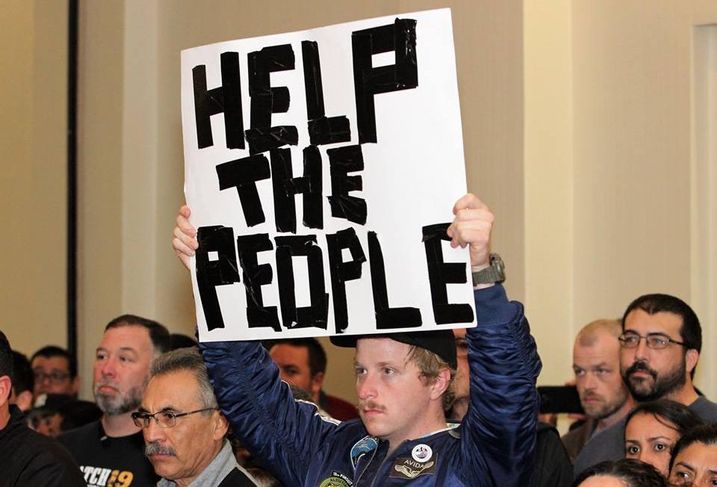 Courtesy of Andrew Cohen of Unite Here Local 11
An attendee holds up a sign during a meeting held by the Coalition of Labor Resorts Union.

Briceño said she and her team have been negotiating with Disney on how to safely reopen. This includes Disney hotels providing workers face guards, masks and most importantly, a request for only management to enforce visitor social distancing, masks and other health policies.

"We don't want to be the enforcers," she said. "We're still finalizing a lot of things."

Disney officials said they are negotiating agreements with more than 20 unions to have employees return to work.

"We have had positive discussions and are very pleased to have signed agreements from 20 union affiliates, including the Master Services Council, which represents more than 11,000 of our cast members," Smith said in the Disney blog post. "The signed agreement details plans that include enhanced safety protocols that will allow us to responsibly reopen, and get thousands of our cast members back to work."

Disney has also been grappling with making changes to its theme parks. The company said Thursday that it would re-theme its popular Splash Mountain water ride to "Princess in the Frog" at Disneyland and Walt Disney World, after the original ride faced international backlash for its ties to the racist film Song of the South.