Construction cranes are busy again in OC--and not just for apartments. There's development in every sector now. But the new wave of development isn't a replay of the pre-recession boom years. (Does this mean we have to leave our pre-recession music in the case as well?) 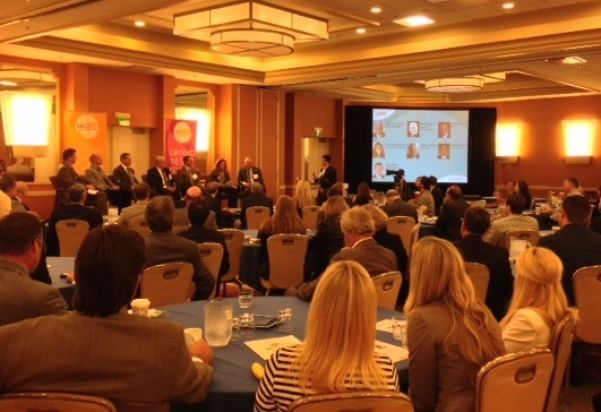 Over 350 real estate pros got up early last week for Bisnow's Orange County Development & Construction Summit at the Newport Beach Marriott Hotel & Spa. Apartments have been built en masse, but there's still demand, hoovering up sites that might have been used for something else 10 years ago. There's a shortage of land for other property types, but infill deals are getting done. 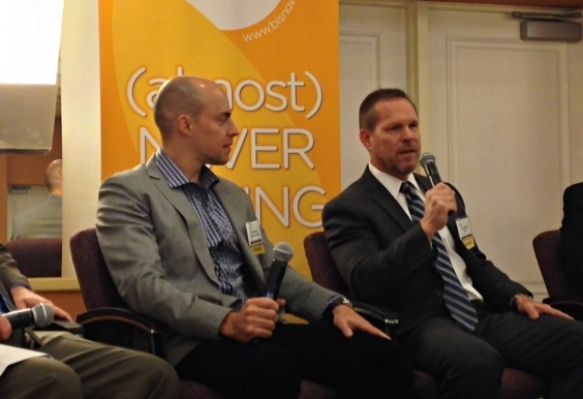 SoCal industrial development is on fire, with 20M SF recently finished, underway, or in the pipeline, according to the panel. Most of that's in the Inland Empire--but at least 1M SF of new industrial development is coming to OC, squeezed in wherever possible. There's 3% vacancy for Class-A industrial in some parts of OC. Developers plan to meet some of the demand by redeveloping Class-B and C industrial into higher-quality space. Snapped: Aventine Development CEO Chad Hagle, who's developing in SoCal again after pursuing opportunities elsewhere, and CBRE senior managing director Jeffrey Moore, who's involved in a number of OC deals, including the development of the Advanced Technology Education Park in Tustin. 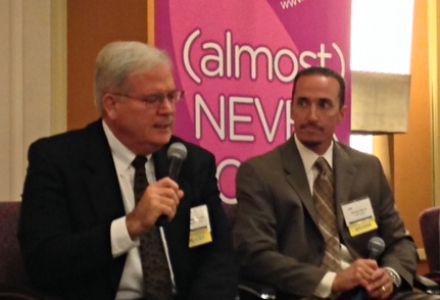 Retail development is on the rise, and while new shopping centers might look a lot like ones built in the 2000s, the game isn't the same. Restaurants and entertainment are the new anchors, and also popular are healthcare-related tenants and others not tied to the Internet. Mom-and-pop retailers are a little scarce, maybe because they're launching on the Internet, which has the advantage of low startup costs. Snapped: Donahue Schriber prez Larry Casey, who's working on a new retail development in Sacramento, and remodeling three existing centers in SoCal, along with C.W. Driver SVP-operations Mike Byrne, whose recent projects include USC Village and the new West Coast broadcast facilities for NBC. (That explains his gravitas with the mic.) 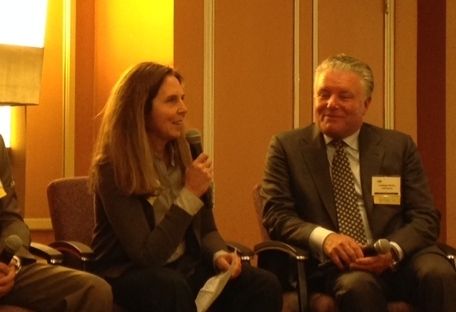 OC office development isn't as robust, but there are pockets of activity, such as in Silicon Beach, creating creative office space, which features open space, amenities that appeal to Gen Y employees, and fewer SF per employee. But office rents have been flat for a long time now, so it's hard to find land for new development. Rents need to be another $1 or $1.50 per SF more marketwide to justify more development, according to the panel. Snapped: The Jerde Partnership SVP & design principal Tammy McKerrow, who designs commercial space worldwide, and DJM Capital prez Lindsay Parton, whose company is just finishing Bella Terra and starting construction on the retail and hotel component of the Pacific City development in Huntington Beach. 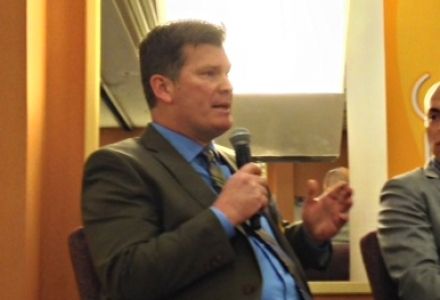 OC can still be a challenging place to get projects out of the ground. The recession's impact lingers in underwriting standards. Money's cheap (for now), but it's a little tight. Also, construction costs, especially for materials, have been going up. (If grandma's Christmas cookies taste like cement, just realize she had to pay extra for that.) It's possible costs will continue to escalate as contractors' and subs' bargaining power escalates. Snapped: Allen Matkins partner Greg Clark, who moderated the panel (and also gave us an update on his fantasy football team).