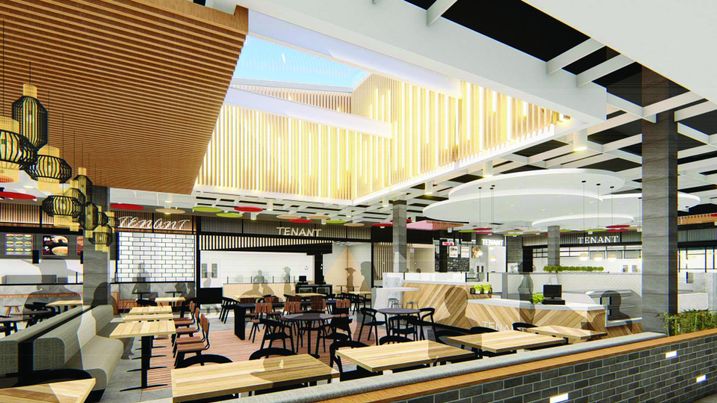 Courtesy of LBH Real Estate Cos.
A rendering of part of LBG's design for The Shops at Hilltop

Developer LBG Real Estate Cos. has secured 30K SF of leases for its massive mixed-use redevelopment of a long-struggling Richmond mall.

The recent deals are the latest stage of LBG's Asian-centric retail and restaurant strategy for the 1.2M SF Richmond mall, now called The Shops at Hilltop. Last year, LBG announced that Asian supermarket 99 Ranch Market would come on as the shopping center's anchor tenant and take about 32K SF.

LBG Real Estate Cos. Managing Partner David S. Goldman said the company has noticed that an Asian supermarket surrounded by high-end Asian restaurants is a model for retail success, both in Northern and Southern California and in various locations throughout the country.

"Asian food has become very mainstream at this point," said Goldman, who leads leasing for LBG. "Pretty much the entire market likes dim sum, ramen, sushi, Korean barbecue and things like that."

99 Ranch Market, Fusion Delight's franchisees and Chang's two concepts will occupy over 60K SF of what will eventually be between 125K and 150K SF dedicated to high-quality Asian dining of a variety of types, according to Goldman. But that portion only scratches the surface of what the mall's new owners have in store for the 77-acre site, which is zoned and entitled for 16M SF of development.

Macy's, Walmart and Sears still have stores at the shopping center, and LBG plans on adding about 300K SF of outlet and discount retail and some amount of space for entertainment tenants, including a new movie theater, bowling alley and possibly even esports, Goldman said.

In addition, LBG has plans for two hotels (one of which will be a 104-room Marriott) and about 3,000 residential units, which could be entirely developed by another company or partially self-developed by LBG.

"There's a tremendous amount of interest from a wide variety of different residential developers to come in and purchase part of the acreage or in some cases all of the acreage to master plan the development," he said.

That interest in residential development, which LBG expects to begin in 2020, has been intensified by the immensely popular new San Francisco Bay Ferry route to Richmond, which opened in January. In just six months, the ferry route met its ridership goals for six years from now, according to the San Francisco Examiner, as many passengers took advantage of a greatly shortened commute time.

The ferry also opens up another potential source of demand for The Shops at Hilltop: Bay Area tourists. The mall's new owner will utilize the new route in a marketing strategy that includes having buses transport people the 20 or so minutes from the new terminal to the shopping center.

"Because this is a very unusual grouping of uses — in this area there's nothing remotely nearby like this — we are very focused also on the Bay Area tourist market," Goldman said, referring to the mix of Asian dining, outlet retail and entertainment.

Fusion Delight's four incoming concepts include a noodle restaurant, a dumpling eatery, a T4 Boba, and a full-service spinoff of Fusion Delight's San Leandro location called Fusion Bistro, which will seat up to 500 people. The company will also soon commit to 3,500 SF in a different part of the mall for another T4 Boba and a dessert place.