The city of Oakland and its commercial real estate investors see the transformation of the city as inexorably underway. Now, leaders from both worlds face the challenge of how to most equitably harness and direct that change.

Urban economic analyst Marisa Raya has a plan for that.

Fresh off the release of her department’s Opportunity Zone Investment Prospectus, Raya summarized the outlook of the report while sitting beside and in front of some of the market’s leading commercial real estate figures at Bisnow’s Oakland State of the Market & Opportunity Zones event Thursday morning at the Marriott Oakland City Center.

Oakland includes an even 30 opportunity zones, the report shows — from the 4.6-square-mile tract constituting much of West Oakland to the 8-square-mile section holding Oakland International Airport. Thus far, a select few downtown areas have drawn the lion’s share of development in the city, which, as BAE principal Sherry Okun-Rudnak pointed out, Fundrise deemed the top opportunity zone city in the U.S.

Two of the city’s most successful redevelopments in recent history have occurred in just one of those tax-advantaged tracts. Only four years after selling for $12M, the building at 1611 Telegraph Ave. known as Latham Square was purchased for $62M by San Francisco-based Sansome Street Advisors last year, a growth in value of over 500%. At 1955 Broadway, Uber sold Uptown Station to CIM Group for $180M, 750% more than what it changed hands for just three years earlier ($24M).

To some developers, astronomical returns like those don’t yet speak to the efficacy or inherent feasibility of OZ investment.

Stackhouse said Tidewater, which recently secured financing from EJF’s opportunity fund for an Oakland hotel, did so more easily because of an opportunity zone, although the project plans predated the OZ tax incentive.

“It turned for us what would have been a very challenging fundraising process into a very easy one, which helped get the hotel going and unlock some of the benefits for the neighborhood,” he said.

“The data on opportunity zones is based on census data from 10 years ago,” Panoramic Interests Chief Financial Officer JP Walsh said, pointing out that some of the opportunity zones in Oakland would not be designated as such based on more current data.

Jeff Ludlow, principal at Langan Engineering and Environmental Services, pointed out some of the risks associated with OZ development, particularly in the areas Raya and the city hope to see developed in conjunction with downtown.

“These neighborhoods are old and have an industrial history,” Ludlow said. “West Oakland, the [Port of Oakland] property, the Brooklyn Basin, the I-80 Corridor: These are challenging sites. In addition, many of them are lying at sea level, or just above.”

Each of these factors raises questions about investment in many of the city’s opportunity zones, but Raya and the Economic & Workforce Development Department’s prospectus offers a thorough case for putting some of those doubts to rest.

The recent report includes plans for the city to prioritize projects consistent with its vision: namely, to “reduce racial wealth disparities through investment that lifts up our long-standing residents and businesses,” it states.

“If the projects that come in are consistent with our equitable economic development goals that we’ve laid out in the investment prospectus, we’ll give those projects additional staff support and priority review in the permit application process,” Raya said.

In particular, the city is trying to stimulate investment in minority-owned businesses, which make up the majority in Oakland, especially in its opportunity zones, Raya said.

“These are communities that are less likely to get venture capital and more likely to face discrimination when applying for loans,” she said.

In addition to championing Oakland’s increasingly vibrant arts and culture scene, diversity, an 8.8% increase in population and 21% increase in income per capita since 2010, the prospectus makes a case for development occurring to the left and right of the city’s downtown core.

“We’re really excited about, for example, Mandela Parkway, International Boulevard and even some of San Leandro Boulevard which stretches all the way down to San Leandro,” Tang said.

Later this summer, Walsh and Panoramic Interests will seek and likely earn permits from the Oakland Planning Commission for the 1,032-unit West Oakland BART mixed-use project.

“Oakland was already a really great place for investment and development long before the opportunity zone program began,” Stackhouse said.

Now, the city hopes to make all of Oakland an even better place for investment and development with the program in full swing.

Click below to see a slideshow from the event: 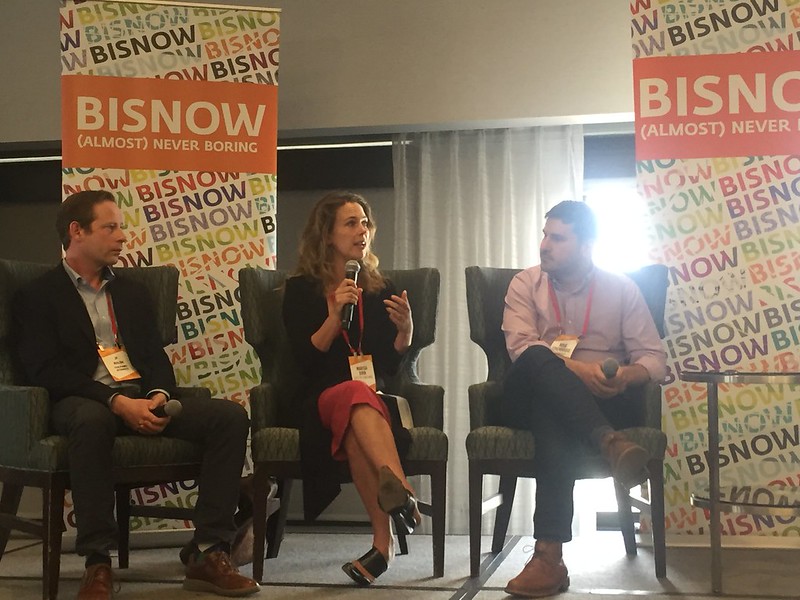