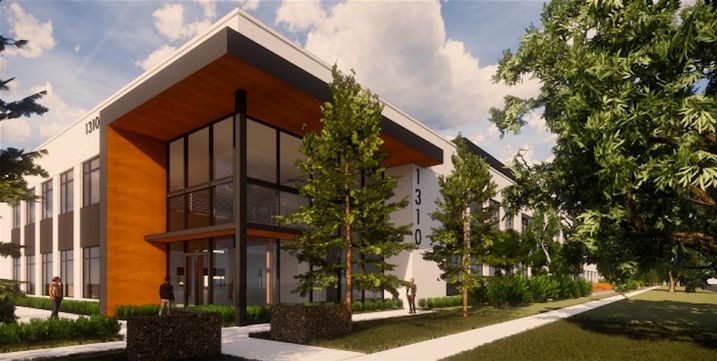 Courtesy of srmErnst Development Partners
Penumbra's new offices will include an outdoor courtyard, a campus café and coffee bar, and almost 400 parking spaces.

Based in Oakland, srmErnst, along with co-developer Hillwood Development Co., said it expects to complete the new space early next year.

Neither Penumbra nor srmErnst disclosed rent for the new space, but Securities and Exchange Commission filings show Penumbra will receive a tenant-improvement allowance of $11.4M, or $90 per SF, from the developers.

The growing healthcare company won't vacate its current 94K SF headquarters on Harbor Bay Parkway, across the road from where srmErnst and Hillwood will develop its new space, according to srmErnst.

“Alameda has been a great municipality to work with, enabling us to expand Harbor Bay Business Park as it quickly becomes a hub for R&D institutions, primarily in the life science and med tech field,” srmErnst President Joe Ernst said in a statement.

Ernst's company, which has led over 1M SF of build-to-suit development in and around the Harbor Bay Business Park, is actively marketing to attract STEM tenants to another 335K SF across six buildings, two of which are adjacent to Penumbra's new offices.

Hillwood Development Co., a Dallas-based company led by Ross Perot Jr., and srmErnst will look to create a type of cluster that biotech companies tend to prize for their networking and collaborative opportunities.

“With two other R&D spec buildings available for lease or sale near this site, we look forward to the active transformation of this area," Ernst said.