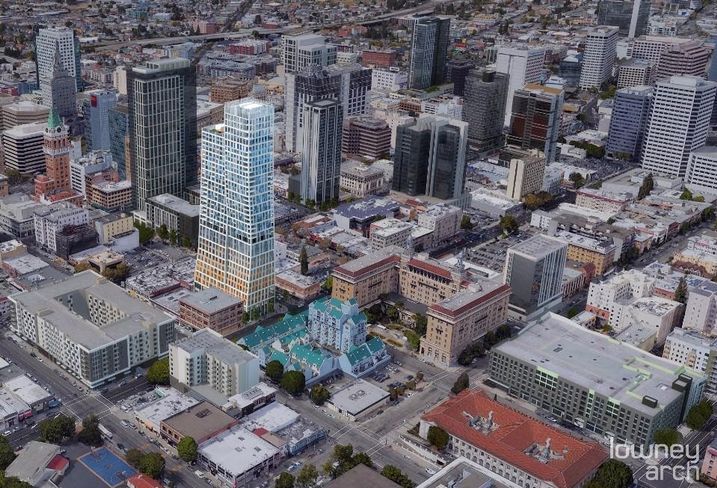 Pinnacle Red Group has submitted plans for what would be the tallest tower in Oakland. The 440-foot mixed-use building at 1261 Harrison would be 36 stories and be half residential and half commercial.

Pinnacle Red's tower will consist of 185 units of market-rate and affordable housing, 120K SF of Class-A office and 12K SF of commercial/retail, including a locavore market hall with regionally sourced food and maker entrepreneurs. The transit-oriented development will be two blocks from BART. 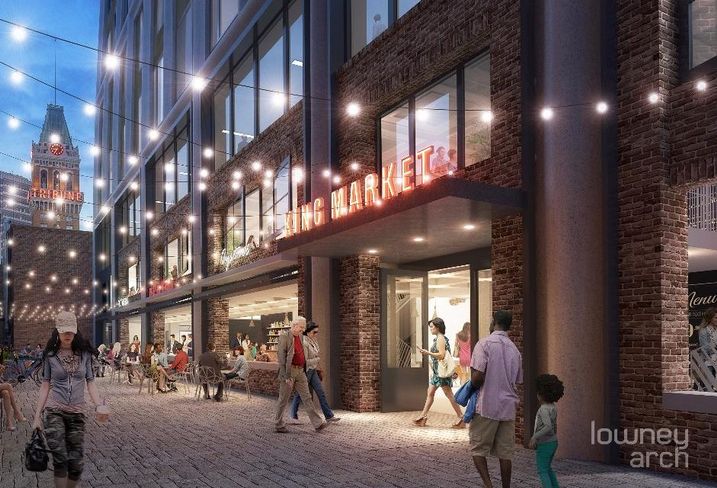 Rendering by Robert Becker/Courtesy of Lowney Architecture
Rendering of 1261 Harrison St. in Oakland from public market and pedestrian walkways

“We want 1261 Harrison to be a thriving, enjoyable place to be, with all the elements of urban life and commerce that people like about cities and downtowns,” Pinnacle Red Development Manager Ronnie Turner said in a statement. “It all comes together at the ground level.”

The public market will provide a mix of retailers and draw people in from 13th Street who can flow through the building to a pedestrian alleyway for dining or events, according to Turner. Extensive sidewalk and streetscape improvements will enhance walkability, accommodate bikes and increase connectivity to Chinatown, Broadway and Lake Merritt, he said. 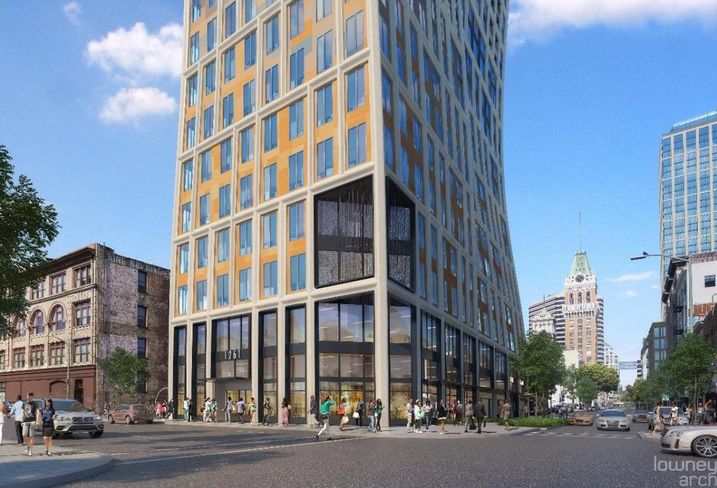 Rendering by Robert Becker/Courtesy of Lowney Architecture
Rendering of 1261 Harrison St. in Oakland

The project will include a grand concourse-style lobby and an automated underground parking garage. Once completed, the project is expected to bring 400 workers downtown as well as 100 on-site retail and property management personnel and 360 residents in condominiums. The project will take about two years and provide 600 to 700 jobs.