EXCLUSIVE: Second Phase Of Artisanal Coworking Kicks Off In Oakland

The latest alternative office space to hit the Bay Area isn't from WeWork or Knotel, nor is it in Class-A office space in downtown San Francisco or Oakland.

It is, however, from a workforce housing developer and located in a 104-year-old industrial building in Oakland's Fruitvale neighborhood. 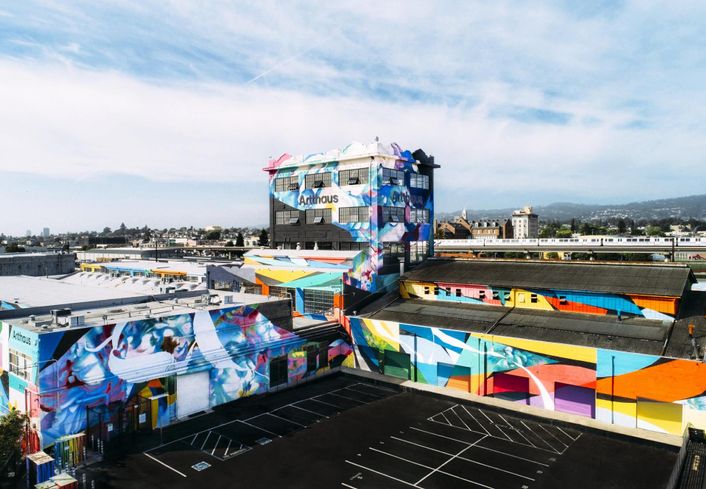 Oakland developer Riaz Capital has finished the second phase of its Artthaus Studios project, a 120K SF redevelopment of a former East Oakland canning facility into over 100 workspaces for small and midsized companies, organizations and artists.

Artthaus Studios, located at 2744 East 11th St., is "kind of similar to WeWork" and catering to much the same market segment, according to Taplin, but it offers several different qualities, he said.

Each company at Riaz Capital's building has its own space, with interaction more optional than with WeWork or other coworking companies that offer access without designated space.

Lease agreements at Artthaus also closely resemble those for traditional office space, with some 12-month and fewer monthly exceptions. For all the talk of flexible office space being here to stay, many big and small companies alike still value the structure, Taplin said.

"People want certainty around what their expenses are going to be," he told Bisnow.

Still, companies at the redeveloped property, which pay rents from between $800 for the smallest spaces and $10K to $12K for the larger ones, have communal lounges, a lecture series and conference rooms like other coworking offerings. 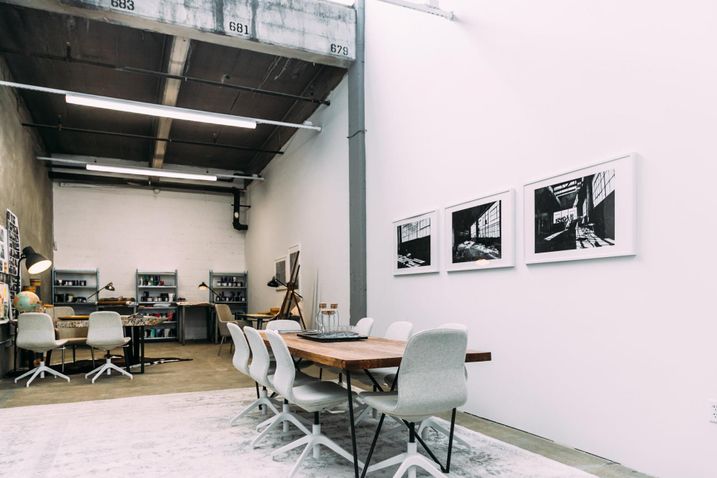 At the site, Riaz Capital originally planned a 216-unit workforce housing development, in line with the developer's other projects, before deciding to avoid the trouble of trying to change its use from light industrial to residential.

Instead, Taplin eventually saw the East Oakland site as an opportunity to meet untapped workspace demand for smaller, often creative companies and artists that could shorten commute times for their East Bay employees.

That's what has happened. Phase 2, which is being marketed by Lee & Associates principal David McCarty, is already about a quarter spoken for despite just now being officially unveiled, Riaz Capital says.

Elsewhere, Riaz Capital is solely focused on workforce housing development, primarily in the East Bay, with projects like The Rose on Bond, a 60-unit adaptive reuse of a former church, completed, and others like 18th & Linden well underway.

Though Riaz doesn't have any other projects like Artthaus in its pipeline, Taplin sees it as viable in the long-term by virtue of its unusual offering relative to the rest of Oakland's office inventory.

"It's kind of a creative, affordable alternative to being downtown," he said. "And the biggest thing we have that downtown doesn't have is small-format spaces."