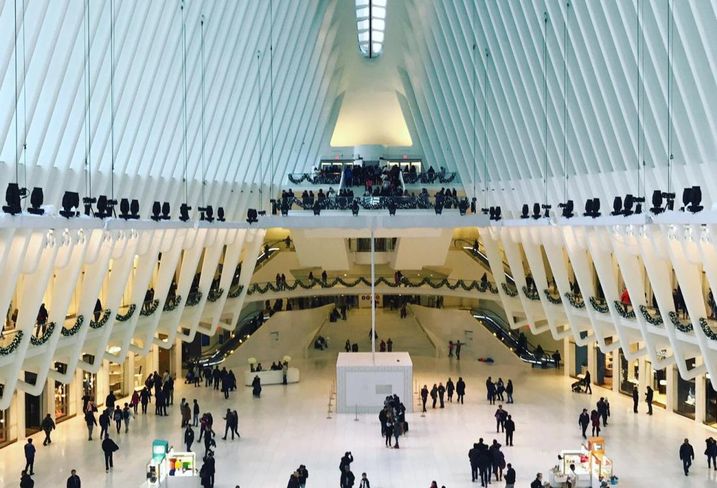 The six-month-old food venue in the Santiago Calatrava-designed Oculus building closed over the holiday break, The New York Post reports, adding to the dearth of eating and drinking options in the complex.

While Eataly is in Four World Trade Center, there has been little food and beverage for the complex itself in the years since it opened in 2016. The company behind Eleven Madison Park dropped the idea of opening a new venue at Four World Trade in 2018, and plans for a new Hawksmoor steakhouse were also abandoned.

That should change in 2020, when Westfield is planning to open six new food operators at the center this year, per the Post, including Pescatore Sushi, Godiva Café, Taco Dumbo, Special Bowl and Sweetcatch Poke.

The World Trade Center's retail complex has faced a slew of challenges, both small and catastrophic.

The skylight in the Oculus building has leaked, reportedly caused by the seal ripping after opening and closing for the Sept. 11 commemoration in 2018. The year before, a woman fell off the escalator and died. Landlord Unibail-Rodamco-Westfield, known as URW, has been sued by tenants who claimed the space was not "tenant ready."

The retail space at 3 Word Trade, which is also controlled by URW, has similarly faced trouble landing a tenant. While food and beverage tenants have been seen as a major savior of the city’s troubled retail environment, rising costs and increasing minimum wage have also put them under pressure.