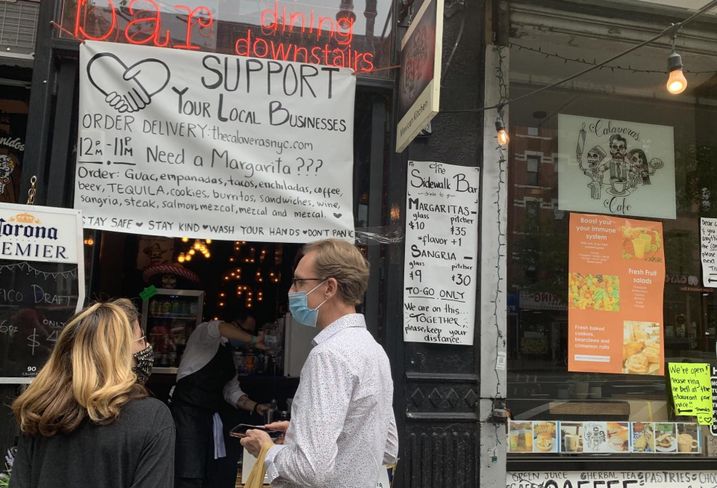 Bisnow/Miriam Hall
Bars and restaurants in New York City can only serve guests outside.

Restaurants in New York City facing a dire set of conditions amid the pandemic are pushing east to holiday destinations to try and keep their businesses functioning.

Multiple New York City-based restaurants have set up locations on Long Island’s East End, home to The Hamptons, The Wall Street Journal reports. Others are running deliveries there all the way from the city, a drive that can take hours. Though many eateries expand to cater to wealthy travelers during the summer each year, this year is different because lease deals were inked and arrangements were sorted out within weeks, the WSJ reports.

Donna Lennard, who owns Il Buco and Il Buco Alimentari, worked out a deal with the Marram Montauk hotel to take her dining concept there this summer, and the negotiations only began in late May.

Greenwich Village drinking institution Dante is ferrying bottled cocktails out to the Hamptons, and a North Fork hotel, Sound View Greenport, now has a partnership with Manhattan cocktail bar Death & Co. The owner of Flatiron’s Hill Country Barbecue Market, Marc Glosserman, turned his East Hamptons home into a “logistics center” and allowed people to pick up food from there, he told the WSJ.

New York City restaurants are battling against a wave of challenges right now, putting major pressure on their ability to keep afloat. After months of drastic lockdown, outdoor dining is permitted in New York City — but indoor dining is on pause indefinitely due to concerns over the quick rise in infection rates in other states that opened sooner.

Many restaurateurs have told Bisnow that unless they can reach deals on the rent with their landlords, they won’t be able to keep operating. Some 80% of city restaurants didn’t pay full rent in June, according to a survey from NYC Hospitality Alliance, a group that advocates for restaurants in the city.