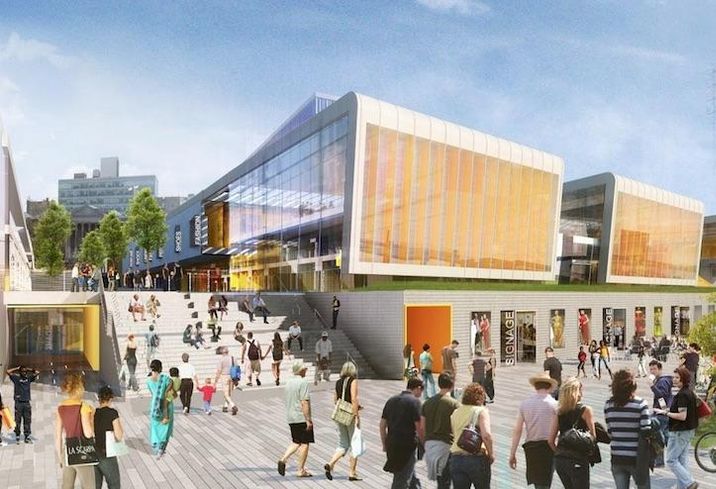 Staten Island's newest shopping center, the Empire Outlets mall, has been officially open for three months, but most of the center is closed.

Out of the 75 storefronts available, just 26 have been filled, The City reports. The fourth floor and some parts of the building are not yet open or are still being built.

The mall, developed by BFC Partners, spans 340K SF at the St. George Terminal and was slated to feature around 100 shops and restaurants. Tenants include Nordstom Rack, H&M, the Nike Factory Store, Old Navy and Shake Shack. Earlier this week, Footwear retailer Johnston & Murphy said it would open an outlet in a 2,500 SF space, Commercial Observer reported. The project cost $350M, with $47M in state government subsidies, per Politico.

“We want to see more than retail outlets for our waterfronts,” Kelly Vilar, the founder and CEO of the local development group Staten Island Urban Center, told The City. “We don’t know if retail will be around in the years to come.”

A spokesperson for Empire Outlets, however, said that the “vast majority” of the space has been leased, and that the fourth floor will be open in the fall. Though malls have suffered across the country, they have been springing up in New York City.

In March, The Shops and Restaurants at Hudson Yards opened — a 1M SF enclosed retail complex in the $18B mixed-use development. In 2016, Westfield opened its subterranean mall in the World Trade Center complex. That shopping center connects to Brookfield Place, which opened a year earlier following a $300M renovation.

“I never thought of Empire Outlets as a shopping mall,” BFC Partners principal Joseph Ferrara told Bisnow in May. “We feel very different from your typical outlet racetrack center that would be located on the side of a highway in the middle of a state ... We’re very New York.”