Will Workplace Flexibility Be A Blessing Or A Curse In A Downturn?

Most experts agree that the economic downturn will eventually come, and it is a matter of when and how severe, not if. One thing's for sure: The office leasing world looks very different to what it did a decade ago. 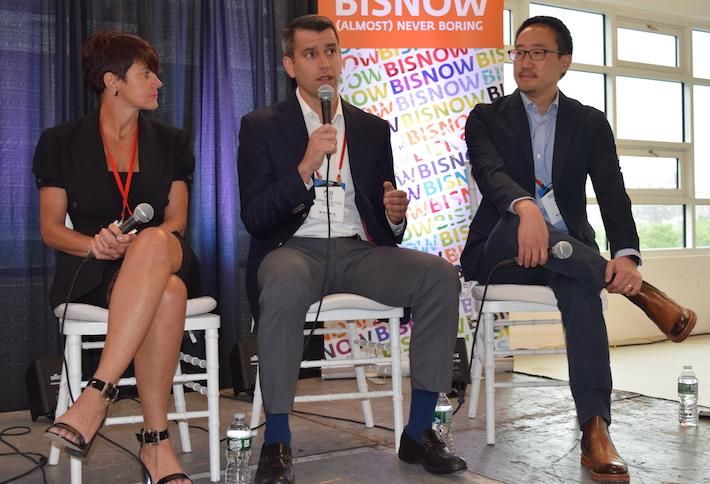 Tenants now demand a host of pricey amenities, and a flood of new construction in New York City has forced landlords to make significant investments in older buildings to stay competitive. What’s more, the leasing landscape has been completely reshaped by the explosive growth of coworking companies and flexible workspace providers. 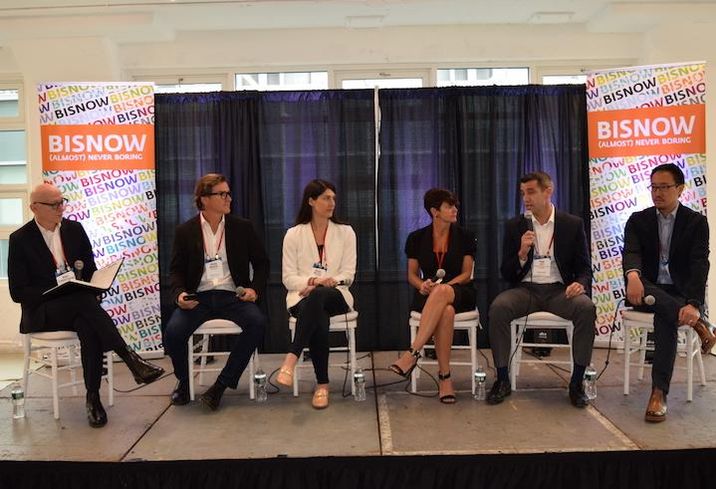 How the office environment is changing, and how tenants and landlords would be affected by the inevitable economic downturn, were all discussed at Bisnow’s NYC Office & Workplace of the Future event last week.

“It’s on the news all the time, ‘Are we about to enter a downturn?’ — and at some point, we will,” said Bryan Murphy, the CEO of flexible office space company Breather, on one of the panels. “But what we are beginning to see is as companies begin to worry. They are de-risking their portfolios … [by] entering into a flexible leases so they have flexibility in a downturn.” 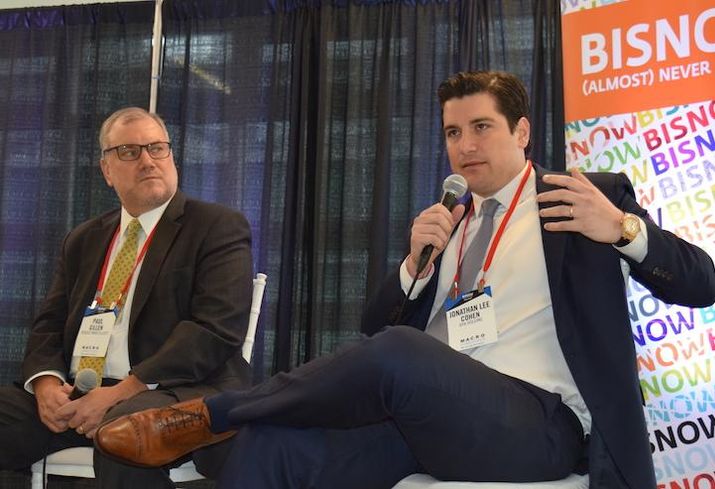 The concept of flexibility has certainly taken off; coworking giant The We Company has, in its nine-year life span, grown to become the largest private office tenant in New York City, as well as several other office markets around the world.

Competitors like Knotel, IWG-owned Spaces, Industrious and others have also been leasing at breakneck speed. Knotel, for example, has some 2M SF in New York, and 3M SF around the world.

These companies’ growth has made some people uneasy, mainly over how a downturn would play out in a city full of office buildings filled with coworking companies. 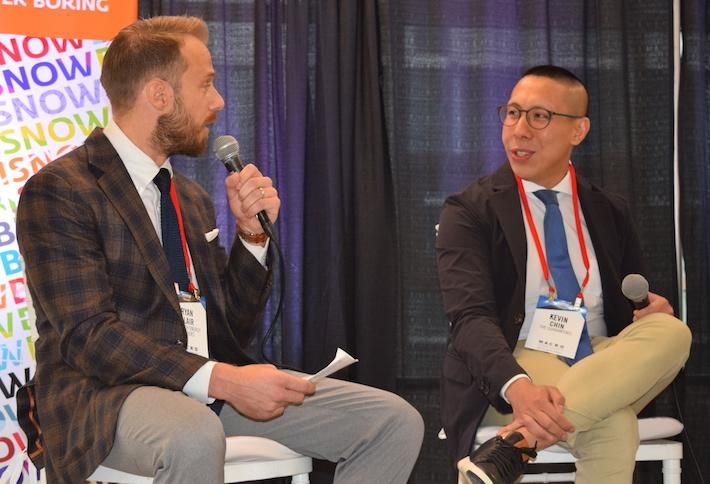 Knotel Chief Investment Officer Eugene Lee said there is no doubting coworking companies that rely on very small companies or freelancers would be hit hard when an economic downturn hits.

“The first thing [that happens in a recession] is that two-person company goes back to working from home or from a coffee shop, and so if you spent a lot of money on small boxes ... you are in trouble fast,” he told the audience, adding that his company’s focus is on full-floor leases, which means it would be well-positioned to go through any economic dip. 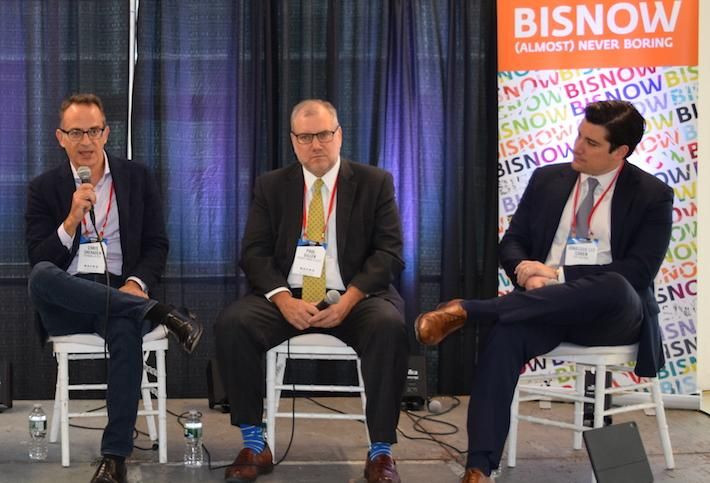 He agrees with Breather’s Murphy that flexibility will be a saving grace when and if companies start contracting.

“There will be less snacks, less amenities and less peripheral things, and more of a focus on keeping your business going,” he told Bisnow in an interview after the event. “We believe that flexible office will become an interesting downturn strategy for the savvier owners and investors.”

Marc Schwartzberg, who owns Office Furniture Heaven, however, said on stage that he thinks companies will move more toward traditional leases in the event of a dip.

“When the downturn comes, I think flexibility is going to be a little less important,” he said. “I think people are going to want to bear down and have the traditional office where they don’t need all that flexibility — and they will go to their bare minimum.” 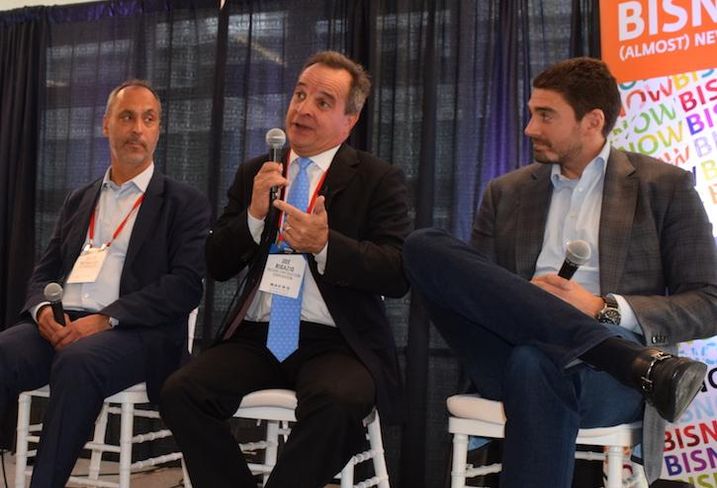 Tishman Speyer Senior Managing Director Chris Shehadeh said the biggest factor for office landlords and owners in the event of a downturn is their capital stack — in which coworking exposure plays a role.

“Whether it is coworking or a tenant is going out because part of the economy is going out, you want to be prudently leveraged, and if you are not, that’s really where you run into trouble,” he said. “From a lender perspective, they are looking at [coworking exposure] through a pretty focused lens. I think if you are over 25%, a lender is going to start to get itchy.” 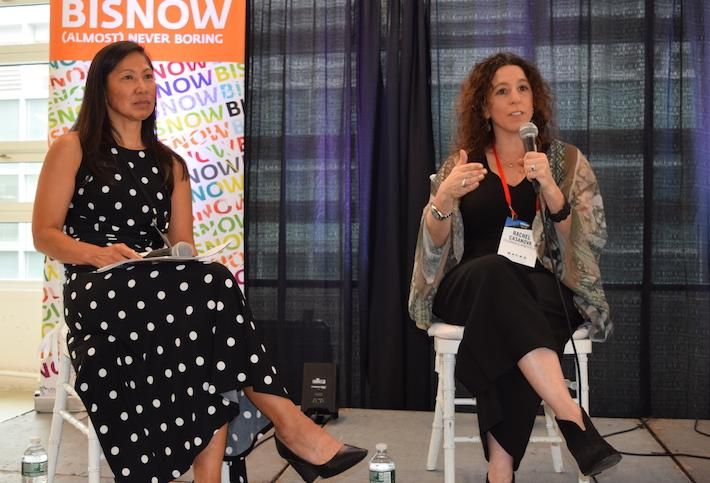 Flexibility is not the only element of the workplace that has changed in the last decade. Companies, now in a war for talent, are bending over backward to provide workspaces with better amenities.

“We’ll probably see some of the flashier technologies go away,” said Rachel Walters, a senior market development manager at Join, a company that builds out digital systems for buildings and tenants. “I think the ones that keep tenants and employees productive and help with efficiency are going to be even more important during the downturn.” 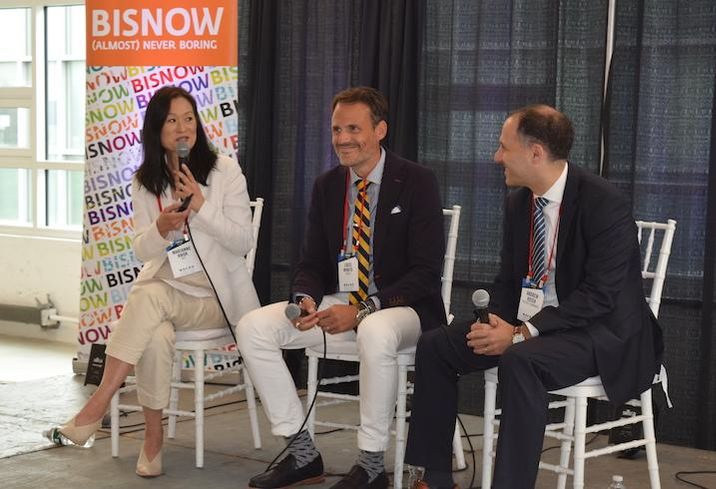 Cushman & Wakefield Senior Managing Director of Workplace Innovation Rachel Casanova told Bisnow in an interview that some things will be hard for companies to justify in the event of a downturn — even if they add value.

“The commitment to the things that make people healthier will shrink … The barista might turn into an espresso machine,” she said, noting that she saw something similar happen working at tech companies in the 1990s and early aughts. 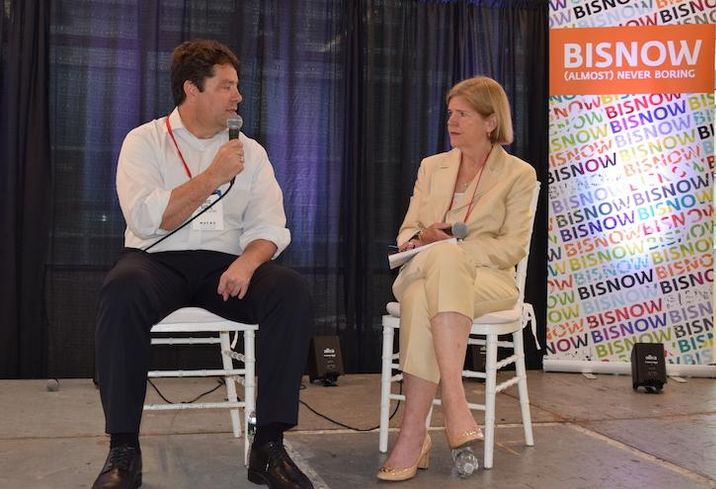 The kinds of offerings and technologies that are needed for people to perform will stay, she said.

“For example, the entire experience of conference rooms and getting a meeting started … those are the things that companies will need to figure out,” Casanova said.

If companies are forced to cut the workplace extras that employees have come to expect, landlords may start offering them as a way to stay competitive and hold onto tenants.

“Landlords may continue to provide some of the services to and try to beat out competitors,” she said. “[They may start investing] in their tenants’ success in order to differentiate them from other possible buildings.”