Software messaging company Slack is in negotiations for what might be its biggest office yet, Slack Director of Global Real Estate Development Linda Shaw told Bisnow Thursday.

Its new flagship location will be in New York City and will consolidate the company's New York employees into one building, Shaw said.

"Stay tuned," Shaw said. "It's going to be a great office in an amazing building. Once the deal is done, we're looking at a flagship location." 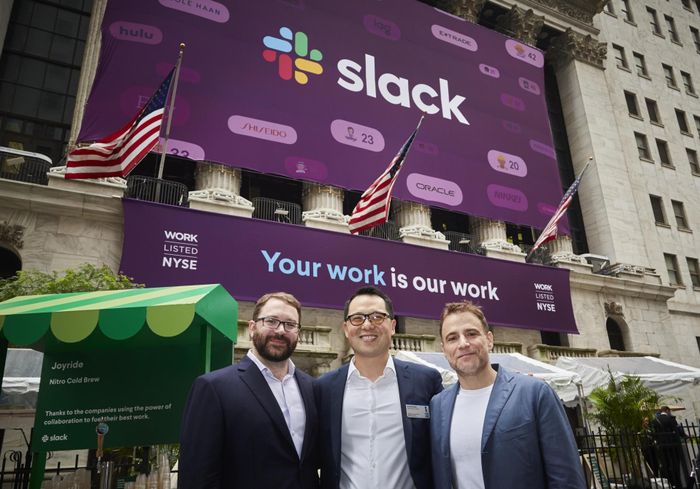 The San Francisco-based company, which went public through a direct listing in June, is in negotiations for a "flagship" office in New York. Citing ongoing negotiations, Shaw declined to say where in New York the building is located or how big its lease will be, though it would have to be larger than 230K SF to be its biggest nationwide.

Slack has two New York offices: one in Lower Manhattan at 436 Lafayette St. and one less than a mile away in Midtown Manhattan at 71 Fifth Ave. Its current NYC headquarters in NoHo was designed by Snøhetta and opened in 2016.

This year has been one of expansion for Slack, which has grown rapidly since launching in 2014 out of a failed mobile video game company. Slack had 1,502 employees as of Jan. 31, 2019, when it filed its S-1 to go public.

On the heels of its public offering, Slack signed a lease in San Francisco for 205K SF at 45 Fremont St., just blocks away from its 230K SF HQ at 500 Howard St., which it leased in 2016. It has multiple global offices, including space in London, Dublin, Melbourne, London and Toronto.

Since pricing its IPO at $26 per share, Slack's stock has dipped. Its shares were trading at $22.63 as of market close Thursday.

Slack is also the latest San Francisco tech company scouring New York's office market for a large office lease. All five of Silicon Valley's FAANG giants have either recently announced Big Apple expansions or on the market to do so soon.

Facebook is close to taking large blocks of space in Hudson Yards and at Vornado's Farley Post Office redevelopment next to Penn Station, the New York Post reported this week. Amazon and Apple are also in the market for major office expansions. Google is spending $1B to build a new campus in Hudson Square, and Netflix recently agreed to a major new office in Flatiron and a $100M studio project in Bushwick.