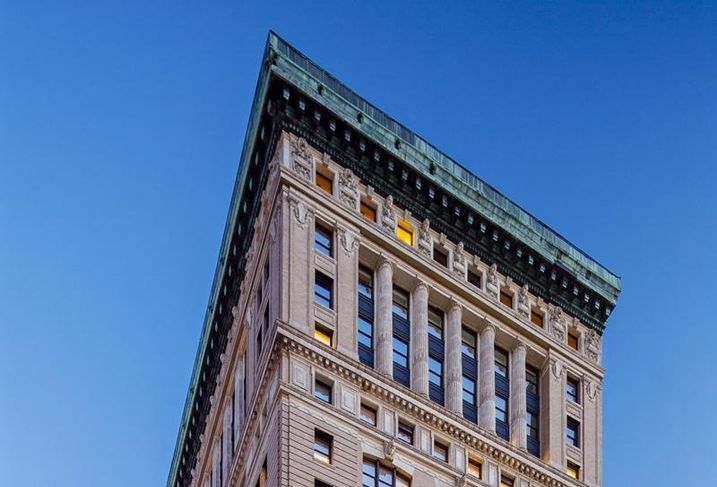 Yet another TAMI tenant is moving to a century-old building.

The two websites, which target Millennial women and moms, are moving their HQs to the 11th and 12th floors of the 20-story, 332k SF Class-A office tower. The lease replaces part of Credit Suisse's 175k SF office, which the group is vacating as its lease expires this April.

After acquiring the century-old tower from Spear Street Capital for $354M in January 2015, Columbia hired L&L Holding Co to manage and lease the building and has invested in a capital improvements program expected to wrap up in 2017.

Improvements include new building entries, a refinished lobby, improved storefront glass and a club entrance for a new Equinox location. The luxury fitness club signed a 20-year, 44k SF lease last January for another portion of Credit Suisse’s space, and is building four exercise studios, a spa, retail space and a lounge across the building’s second, third and fourth floors.

The renovated tower has also attracted Oracle and YouTube channel aggregator Fullscreen, which signed a 17k SF lease in September 2015.