Manhattan’s office market will enter uncharted territory over the next few years, as a wave of new supply delivers just when most experts predict the next recession will hit. 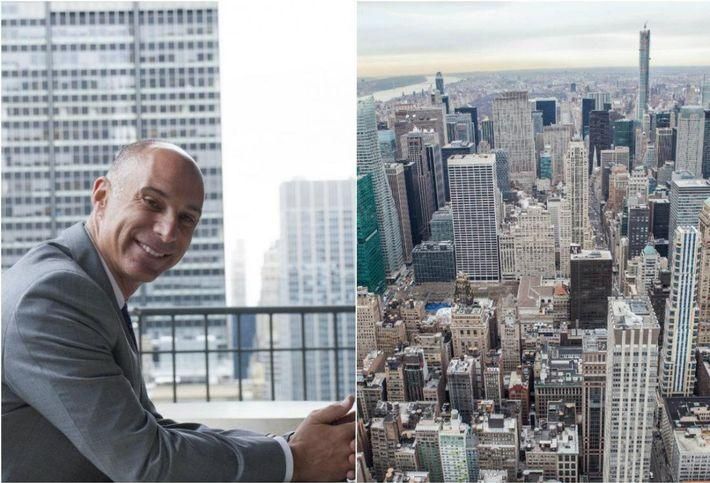 That’s not necessarily bad news for the gleaming new towers that’ll be coming online in the years ahead—projects like 3 World Trade Center, 55 Hudson Yards, 1 Manhattan West and others shouldn’t have much of a problem attracting tenants, market watchers say.

It’s the hundreds of millions of square feet contained in the aging towers built in the ‘60s and '70s that’ll have a rough time leasing up, especially in a recession. That state of affairs leaves owners of older buildings with just two options, says CBRE vice chairman Peter Turchin. 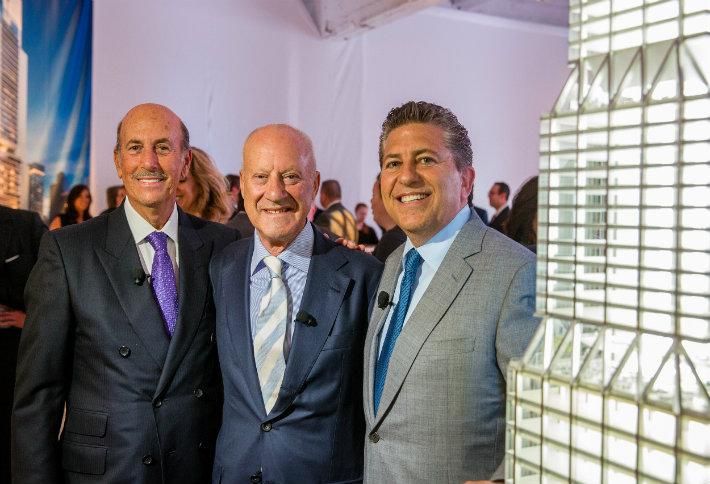 That’s exactly the conclusion that led L&L Holding Co CEO David Levinson (snapped above on the left with starchitect Norman Foster and L&L's Rob Lapidus) to embark on the unprecedented renovations of 390 Madison Ave, designed by KPF, and 425 Park Ave, designed by Norman, where L&L Holdings essentially gutted the entire structures and rebuilt them more or less from scratch.

Several other buildings, like 375 Pearl St and 1271 Avenue of the Americas, are also undergoing massive renovations. A few big repositions at buildings like 280 Park Ave have wrapped up within the past year or two, a trend Peter calls one of the most significant developments underway in the Manhattan office market.

“If you’re the owner of a commodity building and a recession hits, you’re stuck just sitting there until the tide comes back in—and that’s not a great place to be,” David says.

Fears of a recession aren’t just theoretical either. The current 83-month-long expansion is the fourth-longest in over 150 years, and if a recession doesn’t hit by 2020, it’ll set an all-time US record.

“The current cycle is definitely getting a bit long in the tooth,” says Joseph Sollazo, a real estate economist with CoStar. “Cycles don’t usually tend to die solely from old age, but nevertheless, the writing's on the wall at this point.” 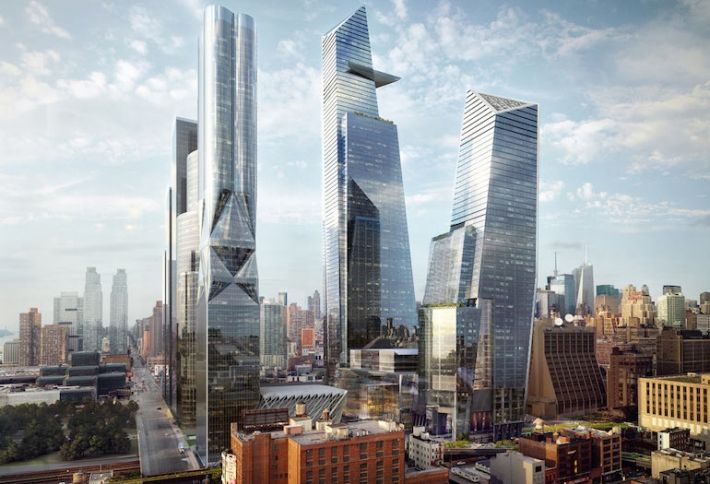 If the next recession does hit by then, tenants will be faced with a much more dramatic binary between old and new than in years past. That’s partly because the pace of new construction slowed to a crawl in the ‘90s compared to the preceding decades, meaning towers built since 2000 are largely competing with stock at least 20 years older.

And if the pre-leasing activity at projects currently under construction is any indication, it’s been an easy choice for tenants.

Pre-leases like those have one thing in common that bodes especially ill for owners of older buildings—tenants at the new projects aren’t new to the city; they’re almost all coming from existing buildings in New York, highlighting lackluster demand overall this cycle.

“Demand has been fairly disappointing this cycle; total absorption isn’t even close to what we saw the last time around in the mid-2000s,” Joseph says. “So it’s easy to see all this pre-leasing activity and get excited, but on balance it’s really a wash.

“It’s basically a high-stakes game of musical chairs," Joseph continued, "and when the music stops, it could get ugly for the owners of those older buildings with all the holes created by these departures."

That’s not to say new ground-up projects or cutting-edge renovations will have it easy. By JLL’s estimate, there’s roughly 14M SF in the pipeline that’s either brand new, or so well renovated it’s basically brand new, and 22M SF that’s planned but hasn’t broken ground yet, a total of roughly 36M SF.

The 14M SF in the pipeline should be mostly delivered by 2020, and that number could rise as more projects go from just planned to actually under construction.

That’s all well and good for construction firms, but the timing of those projects could bode poorly for their owners and the market in general, even if 14M SF represents barely 1% of Manhattan’s total 450M SF, Joseph says.

“The timing doesn’t look great when you consider all these buildings will be delivering at the same time we’re expecting a recession, and demand is already weak,” Joseph says, although he's quick to say the jury's still out on when exactly the next recession will hit. “Whatever happens, it’s definitely going to be a tenant’s market” in the years ahead.