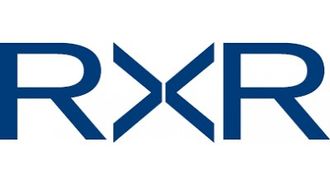 100 Years Young: The SMP Building In LIC Continues To Meet The Needs Of Modern Tenants

The recently redeveloped SMP Building — a 100-year-old building boasting great bones — has maintained its historical cachet while renovating to attract modern tenants. It is one of the buildings in Long Island City that are continuing to draw interest from various residential and commercial groups, despite Amazon’s decision to pull out of a deal to build a second headquarters in the neighborhood.

In fact, a Cushman & Wakefield report found that office users leased more commercial space in Long Island City in the first half of 2019 than in the entirety of any year since the firm began collecting data on the area in 2015. As companies continue to clamor for office space in this burgeoning business hub, developers will need to construct innovative buildings that can meet the needs of a variety of industries.

RXR Realty believes it has created such a space with the recently redeveloped SMP building, located close to the Dutch Kills and Astoria neighborhoods. Originally constructed in 1919 as a furniture factory, this seven-story building has undergone a multimillion-dollar renovation including new mechanical, electrical, plumbing and facade improvements to make it a prime choice for companies looking for a Long Island City home.

“We’ve blended modern design with authentic industrial touches to create a space that is both contemporary and inspired by the neighborhood’s historic factories,” RXR Assistant Vice President Alexandra Budd said. “It’s the perfect design for an area that is continuing to attract businesses across the tech, media, architecture and entertainment industries."

Courtesy of RXR Realty
A new café will be coming to the SMP Building.

The SMP building has 25K SF of retail on the ground floor that has been divided into three separate spaces, all of which feature 14-foot ceilings and large windows to draw in passersby. One space has already been claimed by a café where tenants above can get their daily caffeine fix.

Courtesy of RXR Realty
The amenity space at the SMP Building

The completely revitalized lobby will feature a rotating selection of art from local artists and a seasonal farmstand.

There will also be a 3,500 SF common space with comfortable seating and large farm tables where tenants can eat lunch, socialize with their neighbors and unwind. A newsstand in the area will sell snacks, newspapers and magazines.

Future tenants can choose from a variety of bright, spacious pre-built office spaces with high ceilings and large windows. These offices have been constructed in such a way that they can be transformed into everything from a fashion design studio to a tech or finance headquarters.

The roof of the building features a 1-acre organic farm from Brooklyn Grange, which operates the world’s largest rooftop soil farms and promotes sustainable living through food, education and events.

Courtesy of RXR
An attraction near the SMP Building

Long Island City is also home to an exciting retail, culinary, and art and music scene, from Michelin-rated restaurants, including the Michelin-starred Casa Enrique, to the Melrose Ballroom to the Museum of the Moving Image.

Courtesy of RXR
The Paper Factory Hotel is right around the corner.

The area surrounding the SMP building is brimming with businesses that celebrate Long Island City’s rich past and exciting future. The Paper Factory Hotel is a contemporary boutique hotel with a bold industrial design that sits on a site a 100-year-old paper factory once stood.

Courtesy of RXR
The SMP Building is close to several transportation options.

Whether a company’s employees live in Manhattan, Queens, Brooklyn or beyond, they will have no trouble accessing their new LIC office. The SMP building is located on Northern Boulevard, one block away from the M and R subway lines and close to the NQR. It is also 20 minutes away from Grand Central by train and a short ride to Midtown, and LaGuardia and JFK airports.

This feature was produced in collaboration between Bisnow Branded Content and RXR Realty. Bisnow news staff was not involved in the production of this content.