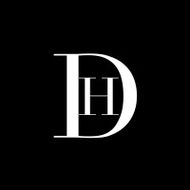 When David Lloyd and Sean Lefkovits closed on a seven-floor apartment building in the heart of Greenwich Village, they knew they had done something special. They secured the property for a price of $22.25M, or $570 per SF, a fraction of the asking price for many of the comparable assets in the area. Perhaps even more importantly, they closed on the transaction within a single day. Their impressive purchase was recognized by PropertyIDX as its 2020 Deal of the Year.

For Lloyd and Lefkovits, the co-founders and managing principals of Davean Holdings, purchasing 103-105 MacDougal St. was a crucial milestone in their journey from the brokerage bullpens to the upper echelons of New York's real estate market. They now own over 20 primarily free-market properties in NYC. But before they founded Davean Holdings in 2017, Lloyd and Lefkovits entered the commercial real estate world as brokers at Marcus & Millichap.

"David and I became brokers on the same team in 2009, right after the financial crash," Lefkovits said. "We worked long hours and stayed late nights cold calling owners to sell our team's listings."

Even in prime locations, the broker team wanted to secure the best price. In those early days, Lefkovits estimates, he made between 350 and 400 phone calls every week.

The recent graduates excelled and were soon placed on one of the top multifamily teams in the country. They amassed over $2B of combined sales throughout their careers, including brokering a deal for $1,600 per SF at a property next door to the MacDougal Street property they would purchase many years down the line.

"We learned early on that it may take as long as two years for a single sale to come to fruition," Lloyd said. "We learned that we would need to allocate our time to stay patient, yet persistent."

Though they found success early as brokers, their goal was always to eventually transition to buying property. When the market peaked in 2015, they knew that the ideal opportunity was right around the corner. A property in Crown Heights was their first purchase in 2016. Lloyd described how the duo put their careers on the line for the $850K property.

"It seemed like the biggest deal in the world when we purchased it,” Lloyd said. “We took hard money on that property and personally guaranteed all of our assets to make it happen.”

Fortunately, the deal worked out and gave Lloyd and Lefkovits the confidence to launch their own firm. Five years after their first purchase, the duo saw the potential for another great deal, this time for a 39K SF apartment building on MacDougal Street, the historic thoroughfare in Greenwich Village.

Lloyd and Lefkovits weren’t the only buyers who saw 103-105 MacDougal St. as an opportunity, especially with the coronavirus pandemic slowing down much of the city’s investment sales market.

The Davean founders were not the first suitors for the Macdougal purchase. The property originally had a contract out for around $35M with a different buyer. In years prior, Lloyd and Lefkovits found out after the sale, several brokers mentioned that offers for the property had peaked around $50M. But with the pandemic raging, the seller of 103-105 MacDougal began to look for a quick close with a buyer who offered comfort and confidence with their bid.

“The broker called us,” Lefkovits said “We told them to call our previous sellers and let their experience speak to our reputation.”

Though any CRE deal is risky, the pandemic added another layer of risk to purchasing a multimillion-dollar property.

Davean Holdings secured a bridge loan through a local lender, brought its own equity to the table and paid due diligence expenses out-of-pocket, all without a guarantee that the deal would come to fruition. After weeks of negotiations, both parties agreed on a one-day close for Davean’s desired price. The actual closing day would be the only moment Davean Holdings had any control over the deal. Ultimately, Davean Holdings won the bid, not with the highest offer, but with a creative solution that met the seller’s needs.

For the Davean team and their colleagues, the deal stood as proof that despite the continued impact of the pandemic, the heart of the Big Apple is still beating. The purchase not only demonstrated the resilience of the city’s CRE sector but also highlighted the unique opportunities for buyers and developers to purchase prime Manhattan commercial space at record-low pricing.

Now the proud owners of this Greenwich Village property are renovating the space to accommodate the needs of the students and young professionals returning to New York City. They have renovated nearly 50 residential units in the building, adding modern features including virtual doormen and Bluetooth speaker integration within each unit.

“We are not looking to take on the highest rent per SF or wait out a vacant space,” Lefkovits said. “We want this building leased up to give all of our tenants a new chance to thrive in New York City.”

Lloyd and Lefkovits have also found a new tenant for the 7K SF space on the ground floor previously occupied for more than four decades by the Mexican restaurant Panchito’s. Pappas Taverna, a Greek restaurant, aims to open its doors this spring.

Davean Holdings has become one of the most active investors during NYC’s recent downturn. Just as Lloyd and Lefkovits made the transition from brokers to buyers, they have continued their growth by buying deals with larger development potential, which they plan to execute through their in-house construction platform.

“We’re just getting started,” Lloyd said.“We fully plan to be buying and developing the largest deals in NYC.”

Lloyd and Lefkovits agree that patience, perseverance and calculated risks will usher in the city’s return.

“There’s only one New York City,” Lefkovits said. “It will reinvent itself and come back stronger.”

This feature was produced in collaboration between Studio B and Davean Holdings. Bisnow news staff was not involved in the production of this content.

Studio B is Bisnow’s in-house branded content studio. To learn more about how Studio B can help your team, reach out to studio@bisnow.com.

Davean Holdings
Davean Holdings is a New York City based real estate investment firm that specializes in executing value-add and opportunistic strategies. An owner, operator and developer of commercial real estate, the firm actively manages investments on behalf of a global investor base. The firm was founded in 2017 by David Lloyd and Sean Lefkovits, who bring an extraordinary level of real estate knowledge and experience to the table. Prior to founding Davean Holdings, David and Sean completed over $2B in New York City real estate brokerage transactions. Their transactional experience, vast network and diverse skill sets have directly translated into successfully sourcing and repositioning real estate assets. Extremely hands-on and detail oriented, both managing principals are involved in every step of the acquisition and redevelopment process.
Confirmed! You are subscribed to the Bisnow New York E-Newsletter.
Most Read Stories
More Top Stories
Bisnow NY Newsletter
Bisnow NY Newsletter