Inside The Supertalls: 9 DeKalb Ave

There are more than 100 supertall towers (taller than 984 feet) in the world, several of which are in NYC. With any project that innovates, the whole picture needs to be seen, so the right lessons can be taken away. That’s why we’re taking a look at NYC’s supertalls and megadevelopments. We started with Macklowe Properties and CIM Group’s 1,396-foot 432 Park Ave, and last week we looked south to China Oceanwide Holdings’ 1,436-foot 80 South St. 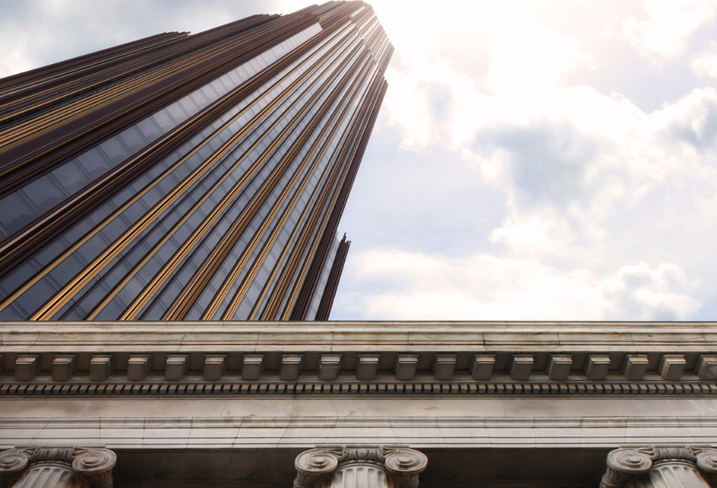 The 73-story tower’s future location currently houses the Dime Savings Bank building (below). Designed by Mowbray & Uffinger in 1906 and designated a landmark in 1994, the bank was owned and operated by JPMorgan Chase until it was put up for sale in 2014. After buying a development site at 340 Flatbush Ave for $43.5M in June 2014, Michael Stern’s JDS and Chetrit acquired the bank (and its 300k SF of air rights) for $90M. 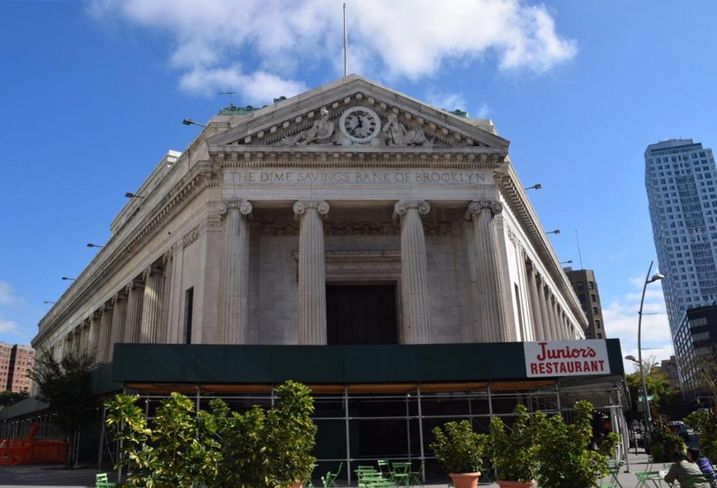 The developers also tried to acquire a neighboring site occupied by Junior’s to use its air rights, but the famous cheesecake restaurant’s owner Alan Rosen refused both a $45M buyout and a later deal to include Junior’s in 9 DeKalb’s retail portion.

JDS and Chetrit were able to the get the building covered by the 421-a tax abatement before its expiration, meaning that 20% of the building's units will be affordable. The team also landed a $115M loan from Fortress Investment Group to purchase the site and refinance the Dime Bank’s debt, which has not been specified.

$57.5M of the loan was sold to Jared Kushner’s Kushner Cos, which stepped in as a mezzanine lender. But fears have begun to rise over whether JDS and Chetrit will be able to acquire a construction loan to replace Fortress’ financing. 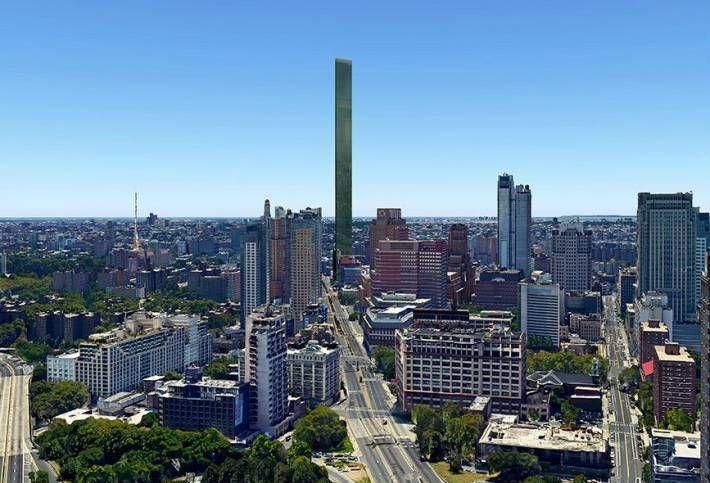 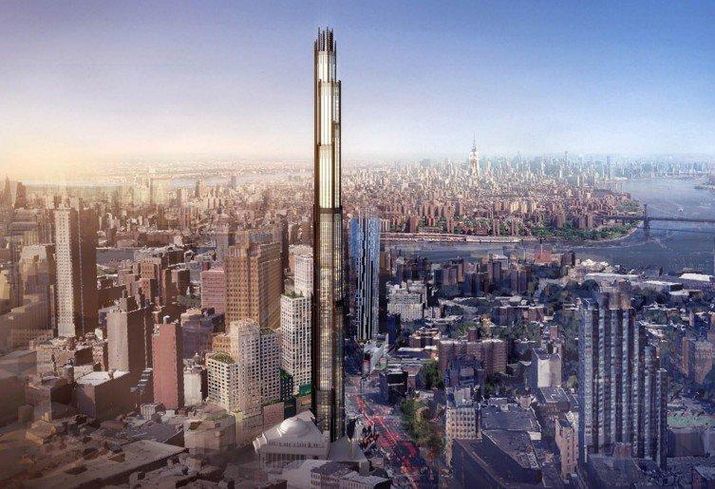 SHoP Architects
A rendering of 9 DeKalb

New plans (pictured), submitted this year, brought the tower to its current height, reduced the size of the retail space, and clad the tower in glass and bronze, with an interlocking hexagonal design that tapers as it rises.

JDS claims these materials pay homage to the site’s history and offer a “cinematic expression of [Brooklyn’s] rich past and future,” while SHoP Architects’ Gregg Pasquarelli said he didn’t want to add another slab-like supertall to the area.

9 DeKalb’s 550 condos and apartments will spread across 446k SF. There’ll also be 140k SF of commercial space, with the bank becoming a retail space and possibly the tower’s entrance. There’ll also be an outdoor terrace on the fifth floor. 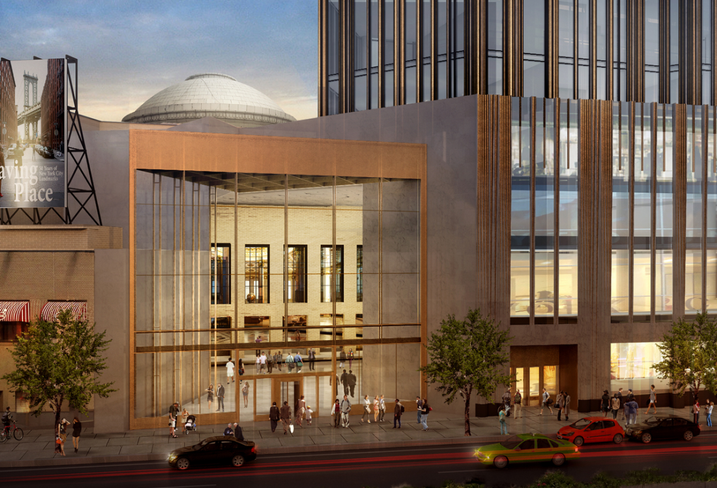 These plans also included modification to the Dime Savings Bank, including removing non-original additions (ATM and teller build-outs, a Flatbush Avenue-facing annex), repairing the building’s marble and copper, and building a glassy atrium (pictured) at the former annex site.

The plans were approved by the Landmarks Preservation Commission this April. LPC Commissioner Frederick Bland called 9 DeKalb an example of “enlightened urbanism at its best." Many on the commission were not sold on removing teller stations, however, despite the fact that they’re only marble in the front and 1970s Formica behind.

JDS has worked with SHoP Architects before on 111 West 57th St (another supertall tower we’ll cover) and the American Copper Buildings.

9 DeKalb’s slated to shatter the borough’s height record by around 400 feet, and reshape Downtown Brooklyn’s skyline alongside City Point. While some worry the tower may struggle to fill considering the massive flood of units hitting the Brooklyn market, others, like Downtown Brooklyn Partnership president Tucker Reed, believe the tower is a symbol of how far the borough has come.

The building is slated to deliver in 2019.