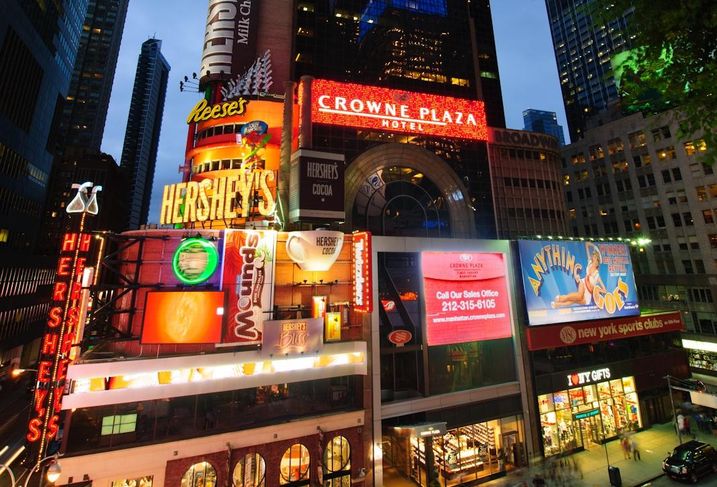 Vornado is bringing Holiday Hospitality—the franchising arm of the InterContinental Hotels Group—to court over a "woeful” marketing campaign that caused the REIT’s Crowne Plaza hotel in Times Square to have an “abysmal” public perception and “alarming under-performance."

With Crowne ranking “at or near the bottom of third-party rankings” and losing more than 2,050 rooms last year, the REIT—which has a 33% stake in the hotel after buying out its JV partner for $39M last year—insists that the Crowne’s poor performance represented a breach of a licensing agreement, where Holiday was to “enhance the [hotel’s] public image and reputation," The Real Deal reports.

Over a six-year period, Vornado claims Holiday spent a paltry $4M on marketing efforts for the Times Square hotel.

Vornado had already put Holiday on notice in May, saying the hotel operator breached the licensing agreement at 1601 Broadway and setting a 40-day deadline to fix the situation. Holiday didn’t make any changes, even after Vornado threatened to terminate the agreement Aug. 8.

"Rather than promoting and supporting its owner’s hotel, the Crowne Plaza brand is an albatross around the neck of the business—dragging with it the property owner’s half-billion-dollar investment and its profitability,” Vornado’s lawyers wrote, according to TRD.

Refusing to comment on the suit, an IHG spokesperson stressed to TRD that Holiday intends to “enforce our rights under the license agreement we have with the owner." [TRD]