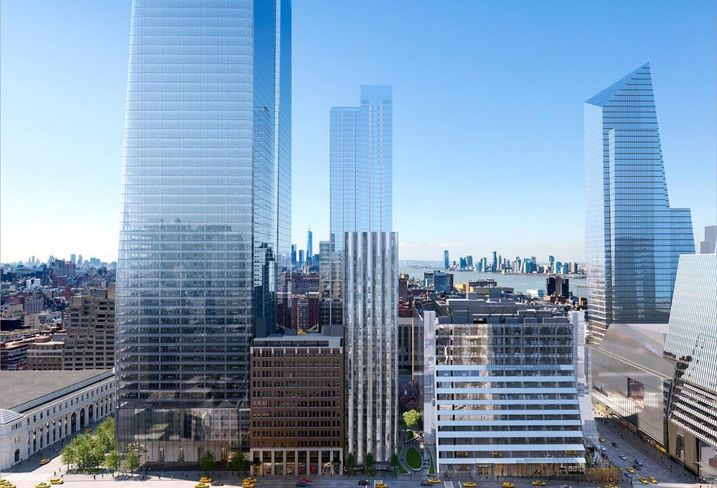 The final piece of the Manhattan West megaproject has come into focus.

Along with four office buildings and the Eugene apartment building, Brookfield plans to incorporate a hotel in its development on Manhattan's Far West Side, in between Hudson Yards and Penn Station. That hotel will be called Pendry Manhattan West, the first New York City location of the Pendry flag, which is owned by Montage Hotels & Resorts.

The 164-room hotel is planned to open in 2021 in the shadow of Brookfield's two new-construction office towers, One and Two Manhattan West. Companies relocating to the wider area — including KKR, Wells Fargo, BlackRock, Time Warner, EY and the National Hockey League — are likely to make use of the luxury brand, which already has locations in San Diego and Baltimore.

“New York City is a destination we have had our eyes set on for many years, and Brookfield Properties is the ideal partner to collaborate on Pendry Hotels’ New York City debut,” Montage founder and CEO Alan Fuerstman said in a statement. “We look forward to becoming a centerpiece of the community through the hotel’s design, amenities and signature service we will provide at Pendry Manhattan West.”

Thirty of the hotel's rooms will be suites, and the building will include a signature restaurant, an open-air bar and event and meeting space. Brookfield plans to break ground on the Skidmore, Owings & Merrill-designed hotel in the third quarter.