Loews Hotels chairman Jonathan Tisch holds many titles, including co-owner and treasurer of the New York Giants, chairman emeritus of the US Travel Association, Tufts University Board of Trustees vice chairman, son of late business mogul Robert Tisch, former talk show host and author, etc. Jon will be keynoting Bisnow’s fifth annual Lodging Innovation Series event—which will be held at the JW Marriott in Washington, DC, on Sept. 21—so we had to make sure to get the tourism industry titan to share his thoughts on the hospitality market. 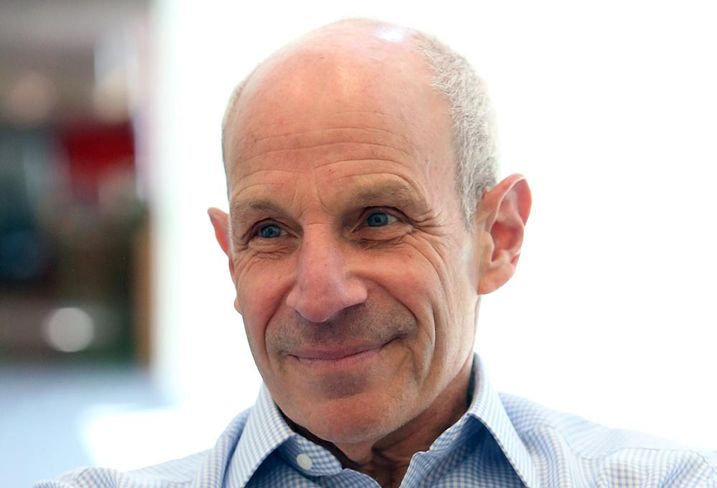 Bisnow: What are some major trends in tourism that you’re keeping your eye on?

Jon: Tourism’s the No. 1 industry in the world, and we see that continuing in the future. In NYC alone, we’re expecting 60 million visitors this year. One concern, however, is that there are certain markets that could be on the cusp of becoming overbuilt, such as NYC, South Florida or Nashville. We also need to understand the relationship we have with third-party providers and figure out how we can work together more efficiently. And, with the big Marriott-Starwood merger completing soon, there’s a question of whether consolidations will continue.

Bisnow: How are you tackling some of the biggest challenges in the market right now, such as Airbnb or Brexit?

Jon: When you look at Airbnb, we just feel that the playing field isn’t level. Every single day, one of the most important charges that we have is the safety and security of our guests, and we spend a lot of time and money keeping everyone safe. We also provide to the economy with taxes, whether it’s through lodging taxes or just general taxes through our team members. But Airbnb hosts don’t have either of these responsibilities. We also want to keep the system legal and there are many hosts on Airbnb who are forming mini-hotels. As for Brexit, it may be too early to really tell. We haven’t seen a huge falloff in business from the UK, but it’s still early, and it’s an issue we need to keep an eye on.

Bisnow: Restaurants, retailers and other hotel companies are placing a greater emphasis on “experiences” and being popular on social media. What are some things that you’re thinking about to make your hotels more viral and experiential?

Jon: That’s something I think about all the time. My second book was even called Chocolates on the Pillow Aren’t Enough: Reinventing the Customer Experience. If you look at how the retail industry’s suffering these days, many consumers are using their money to take a trip, because they want a travel experience and have something that you can go home and talk about with their friends. So we’ve played into that with our portfolio and partnerships. Of our 25 locations, five are on the grounds of Universal in Orlando, through a JV with Comcast. Our most recent hotel, Loews Sapphire Falls resort, opened about a month ago, and that's a 1,000-room property with 150k SF of meeting space. We're also currently adding 400 rooms to our Cabana Bay resort, bringing that property’s room count to 2,200.

Bisnow: Are there certain technologies you have your eye on that will radically transform or improve the hospitality experience?

Jon: We’re always putting our IT people in conversation with our sales and marketing teams to figure out what our guests want and how we can really enhance their experience through tech. That’s why Loews was the first hotel company to allow guests to make reservations through Twitter. We’re also looking to see how we can control the room environment and save energy by ensuring that the HVAC isn’t running when the room isn’t occupied. Many companies are also exploring technology to bypass the front desk and use mobiles devices to enter rooms.

Bisnow: Can you tell us about your efforts to bring tourism back to NYC after the 9/11 attacks?

Jon: Our nation was dealing with a tragedy of unfathomable proportions, so Mayor Rudy Giuliani pulled together community leaders who could impact NYC’s future, and needed to do so quickly. We needed tourists to not only restart the economy of the city, but for emotional recovery. So we came together to form New York Rising. Hotels, restaurants, retail, Broadway, credit card companies spread the message that NYC was still open for business and put together packages at various price points. About two to three weeks after the tragedy, when the travel system was restored, we saw visitors from all around. That was when the term “patriotic tourism” was founded, and when we knew other countries cared about us, especially in such a dire time.

Bisnow: You were host of Beyond the Boardroom, speaking to some of the world’s biggest and most influential CEOs and executives. Who were some of the most interesting guests you’ve had, and what advice did you take away from them?

Jon: I hosted the show for about seven years and, during that period, interviewed 56 men and women, from Ian Schraeger to Hard Rock Cafe co-founder Peter Morton to Related Cos chairman Stephen Ross to Time Inc’s then-CEO, Anne Moore. We spoke about their past and their journeys and, to a person, everyone that I interviewed said they didn’t achieve their success on their own. It really points to how important it is to create a team with the ability to stay on message. I think Dick Parsons, who was running Time Warner at the time, summarized it best when he said “a good CEO gets his team to believe in him and her, but a great CEO gets people to believe in themselves.” The challenge of running these organizations is getting people to understand their capabilities and how they are essential to the organization’s success.

Bisnow: You’re also the treasurer of the New York Giants. How do you think they’re looking this year?

Jon: Well, there are 32 teams midway through the pre-season who all feel pretty good about their chances. We spent $202M in free agency to strengthen our defense and, through the draft, picked up young, dynamic men who we feel can help our team. The season’s just starting, but we’re optimistic, and hopefully we can buy a ticket to Houston.

Jon: We occasionally get requests from players, usually in the offseason or on a bye week.

Bisnow: Have you made any changes to the stadium experience, given your knowledge base?

Jon: One of the biggest challenges is competing with home technology. You can sit in front of a movie theater-sized screen in your living room and not have to deal with the hassles of getting to a game, like parking, sitting in traffic. It’s incumbent upon us to do everything possible to make the game day experience as enjoyable as we can, and ensure that the in-person experience is more enjoyable and exciting than sitting at home. We’re always looking to improve the food and beverage options, mitigate traffic and lines, make sure sight lines are good and enhance technology so while fans can have bandwidth to check the scores of other games or their email.