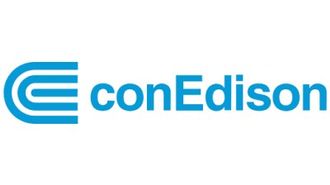 New York City has taken another step toward becoming a greener city.

Earlier this year, Mayor Bill de Blasio signed a law to make public the energy-efficiency ratings of large commercial and multifamily buildings in the five boroughs. Under Local Law 33, buildings larger than 50K SF will receive letter grades from the city’s Department of Buildings. The grades will be based on scores from the U.S. Environmental Protection Agency. Owners will also be required to post their grades and energy-efficiency scores near the entrances to buildings.

The new law makes energy efficiency more attractive for building owners. They will earn public recognition for making upgrades that will lower their monthly energy bills and make buildings more comfortable for workers, tenants and visitors. A high grade can help an owner build a reputation as a good corporate citizen, which in turn attracts workers and tenants who take pride in contributing to a clean, sustainable future.

Contacting Con Edison and tapping into the company’s incentives for energy-efficiency upgrades is one strategy for improving energy efficiency. The incentive payments from Con Edison lower a building owner’s upfront costs and shorten the time it will take to recoup the investment.

“The chance to earn a good grade and build a brand as an environmentally sensitive owner makes taking advantage of our incentives an even better business decision,” Con Edison Director of Energy Efficiency and Demand Management Vicki Kuo said. “Our incentives are easy to access, and our energy experts work with customers through every step of the process.”

The grading system comes as the public and policymakers take an interest in promoting a clean energy future. Companies are setting carbon footprint reduction goals to make a favorable impression on prospective employees. New York City has a goal to reduce greenhouse gas emissions by 80% by 2050, in keeping with the Paris Agreement. Buildings are responsible for 67% of the city’s carbon emissions according to the Inventory of New York City Greenhouse Gas Emissions.

Building owners should start taking steps to meet the new energy benchmarking standards sooner rather than later. While the mandatory posting of energy-efficiency grades won’t start until 2020, energy use from 2019 will determine a building’s report card.

The law builds on a 2009 city initiative that required owners to hire consultants to examine their buildings and provide recommendations on how they can save energy. But that law doesn’t require building owners to make the upgrades consultants recommend.

Energy benchmarking standards are already the norm in several major U.S. cities. In Denver, where the energy used in large buildings accounts for 57% of the city’s greenhouse gas emissions, benchmarking standards are needed to curb the city’s carbon footprint. The Denver City Council passed its Energize Denver Benchmarking Ordinance in 2016 and expanded the law in June to require owners of buildings larger than 25K SF to assess and report on energy.

The New York City Council passed Local Law 33 to make energy efficiency in New York City buildings more transparent. It is now up to building owners to take steps toward a greener reputation.

This feature was produced in collaboration between Bisnow Branded Content and Con Edison. Bisnow news staff was not involved in the production of this content.