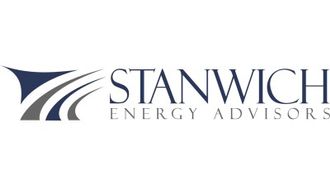 NYC Building Owners: Your Energy Bill Is Going To Rise. Here’s Why

New York’s struggling nuclear power plants could throw a wrench in Gov. Andrew Cuomo's “50 by 30” Clean Energy Standard. Monthly gas and electric bills in the city will increase 2.3% in 2017, and 2.4% each of the next two years to help fund nuclear power in the state and prevent plants from shutting down.

Cuomo plans to have half of the electricity consumed in New York come from renewable sources. It is an ambitious goal, considering less than a quarter of the energy produced in the state last year came from renewables, according to The New York Times. The first tier of the statewide initiative began this past January, requiring load serving entities (LSEs), including Con Edison, to integrate renewable power sources as a gradually increasing percentage of their total energy load.

Courtesy of Stanwich Energy
A picture of the letter sent out to customers from a third-party supplier outlining how their bills will change as the CES is rolled out.

Alternative energy sources have become a bridge to renewable energy. The success and low cost of natural gas — prices hit a 17-year low in March 2016 — have made nuclear less competitive, forcing several plants to operate at a loss. In 2015, 64 natural gas plants produced half of the electricity in the state, according to the New York Independent System Operator. Indian Point, the closest power plant to New York City, will shut down in 2021, adding to the strain. Natural gas and dual fuel plants are an upgrade from coal, but cannot provide an emissions-free energy source. That burden still rests with nuclear power; without it, carbon emissions in New York will increase by more than 31 million metric tons over the next two years, resulting in societal costs of at least $1.4B, according to state officials.

A Zero Emission Credit Standard beginning in April will channel government funds toward keeping these power plants open. Over a period of 12 years, NYSERDA will manage six components of two-year ZEC contracts directly with nuclear facilities, shifting the related costs to the LSEs. Entities like Con Edison will be required to purchase a percentage of the ZECs, based on their load share. NYC property owners will feel the pinch when the LSEs recover their cost by increasing the bill for energy consumers. By 2018, the added costs linked to the renewable energy standard, which requires power providers to purchase renewable energy credits, will also be passed on to energy users.

New York City consumes 60% of the state’s electricity, making residents and building owners in the area the most susceptible to the price increase. According to the Times, Con Edison’s rates for New York City were 24.736 cents per kilowatt-hour. This rate is just below Hawaii’s, the most expensive in the country, at 27.54 cents per kWh.

Building owners in the commercial and industrial sectors have turned to energy advisers like Stanwich Energy to seek the lowest costs for energy. Stanwich manages over 5.25B kWh of power throughout the U.S. and is an independent adviser. “The energy industry continues to throw curveballs at customers, which underscores the importance of having an adviser that’s looking out for your interests," Stanwich Energy Advisors managing principal John O'Connell said. "While there is no way to circumvent the CES costs, a thoughtful procurement strategy can help customers take control of their energy expenses and save money.”

Stanwich Energy Advisors
Stanwich Energy Advisors is an independent, privately held energy advisory firm providing comprehensive energy management services to commercial and industrial businesses with diverse facilities located in deregulated power markets throughout the country. Stanwich Energy has earned a reputation for providing innovative energy solutions for business owners and managers, regardless of size and geography. As a private company, we do not make decisions based on shareholder return or value perception.
Confirmed! You are subscribed to the Bisnow New York E-Newsletter.
Most Read Stories
More Top Stories
Bisnow NY Newsletter
Bisnow NY Newsletter