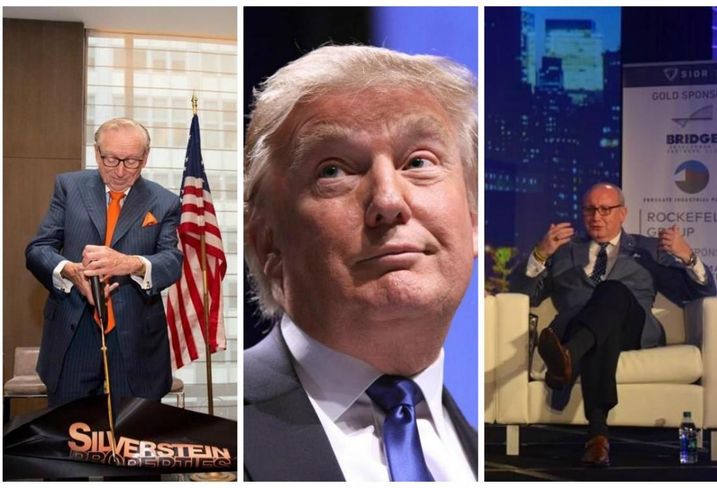 Many NYC real estate professionals—like the rest of America—were shocked at the news of Donald Trump’s election upset. But Silverstein Properties chairman Larry Silverstein and Cushman & Wakefield global brokerage chairman Bruce Mosler, who have worked with the president-elect for decades, were optimistic, saying the market disruption would be short term, and that Trump may indeed be the best person for the job.

Speaking to the BOLD crowd yesterday morning, Larry joked that his prognosticating skills obviously aren’t the best, but said Trump can be highly focused and determined when he sets his mind to something, something that a good president needs.

Trump also has the support of his intelligent children, who Larry hopes will be a “very powerful influence” on the president-elect. Of course, the president's assets are supposed to go into a blind trust, but Trump has said his children will manage his businesses, so how much contact they will even be legally permitted to have remains to be seen.

“He needs to remember that he’s working for Americans, plural,” Larry said. “He needs to bring this country together again and he’s going to need to do his damnedest.”

Bruce believes Donald’s victory will tap the brakes on foreign investment in the short term, as cautious investors assess the new administration’s potential impact, but confirms C&W isn’t “ overly concerned” with the prospect of Donald making major changes to the foreign investment market.

In the meantime, he says, top-tier assets in gateway cities could see a boost as risk-averse investors flock to quality.