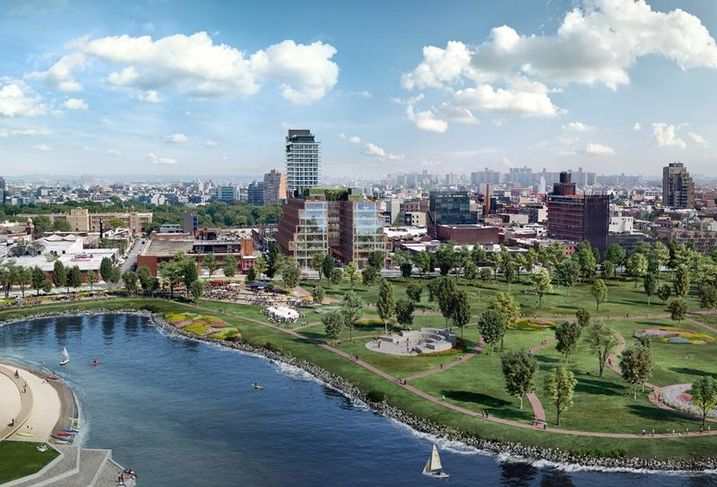 The first Thanksgiving happened when two divisive groups reached an understanding, and it seems Mayor Bill de Blasio is in the holiday spirit.

The city was finally able to reach a $160M agreement with developer Norm Brodsky to acquire the 11-acre CitiStorage site on the Williamsburg waterfront, giving the city the space needed to make the proposed Bushwick Inlet Park (pictured) a reality.

Brodsky, who bought the site in the early '90s, was initially offered $100M for the site, but he believed the site to be worth more than triple that, and sought as much as $500M. Brodsky tried shopping the site around to developers, but the negative reaction from the community and Councilman Stephen Levin scared off any buyers.

De Blasio called the acquisition “an investment in the future of Brooklyn” and proof his administration keeps its promises.

“When we commit to build a new park or a new school in a growing community, we deliver,” he said.

CPEX Real Estate Services managing partner Tim King tells Bisnow he believes the city paid a fair price for the site and, while it will be some time before the park is completed, it will be a great neighborhood amenity. Rubenstein Partners NYC director Jeremiah Kane believes the park will "take the transformation of the Williamsburg waterfront to the next level."