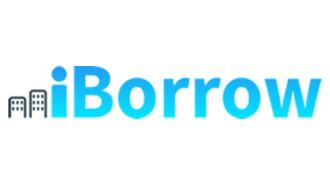 The coronavirus pandemic has had a chilling effect on commercial real estate loan closings, which fell almost 21% year-over-year in Q2 2020. Additionally, many commercial banks have throttled back loans on retail, office space, restaurants and hotel financing.

In the midst of all this uncertainty, however, private commercial lenders offering bridge loans were able to step in and fill some of the lending gaps.

“Despite the need to approach lending with caution during the early stages of the pandemic, we were able to recalibrate and determine areas that made sense to provide loans,” said Brian Good, CEO of iBorrow, a nationwide lender that provides bridge loans to all types of real estate assets, from hotels to bulk purchases of single-family homes. “As an example, we identified specific situations where hotel loans made sense, despite the obvious headwinds facing the hospitality industry.”

Good said that iBorrow’s flexibility aligns well with borrowers in need of a creative solution or a quick closing, adding that since the capital in iBorrow's mortgage REIT is discretionary and long-term, the company has the ability and mandate to lend capital as it deems appropriate.

He said that along with hotel loans, iBorrow has lent to multifamily, industrial, retail and office projects during the pandemic. The company offers nonrecourse loans and never outsources its servicing, so borrowers can always speak with iBorrow directly and build a strong relationship. The company provides acquisition, refinancing, repositioning and value-add loans.

Good told the story of one of the multiple hotel loans the company originated in 2020, a deal he said is particularly emblematic of the company’s belief in the market and its willingness to take a chance on a borrower during a difficult time.

iBorrow was tasked with providing a significant hotel acquisition loan in Florida on a property that was still undergoing renovations, was closed, had a troubled history — all in the middle of a pandemic. Neither the broker, who was from a large firm, nor the borrower, which was a midsized fund with operational expertise, had ever worked with iBorrow before.

Within a few days of receiving the broker packages, the iBorrow team toured the property, decided to move forward with the loan and issued a term sheet. Good said a lot of lenders can provide nonbinding term sheets mostly for show with no intent to fund the loan or fund the loan on the terms provided, but iBorrow doesn't operate this way.

“We convinced the borrower to give an opportunity, they signed our term sheet, and in less than three weeks, we closed the loan during the pandemic on the same terms we provided in the term sheet,” Good said. “We simply liked the deal and the borrower, but most importantly, we believed in our thesis and did what we said we would do. There were no backup lenders, and yet we stood by our word and closed on a nonrecourse loan.”

In another instance, a borrower came to Good with a mixed-use property in an area that couldn't be described as high-end. He said his team asked the borrower why he was coming to a private lender rather than a bank, and he told them about his credit history.

“It was obvious the borrower believed his credit would hurt his ability to procure a loan with us," Good said. "Human instinct tells borrowers to stand clear of their problems because otherwise, the lender will most likely say ‘no.' We understand as an entrepreneurial-friendly lender that there are times when borrowers are subject to economic downturns that were not entirely their fault. We try to work with such borrowers and provide them a loan."

Good said that while it may take years to know the true impact the pandemic has had on the commercial real estate industry, iBorrow is ready to move forward and keep the market moving.

“iBorrow kept lending during the shutdown, and we are proud of that,” Good said. “While we are not the lowest rate, we do pride ourselves on being able to perform when others can’t or won’t. I am hopeful that the marketplace recognizes our consistent efforts to provide service to our borrowers and that we are a reliable source for loans.”

This feature was produced in collaboration between Studio B and iBorrow. Bisnow news staff was not involved in the production of this content.

Studio B is Bisnow’s in-house branded content studio. To learn more about how Studio B can help your team, reach out to studio@bisnow.com.