This Week's NY Deal Sheet (and Other CRE News)

111 Murray St, a 58-story condo tower in Tribeca (rendering below), is getting a $445M shot in the arm from Blacktone's real estate debt unit and lenders M&T Bank and Deutsche Bank.

The borrowers are Fisher Brothers, the Witkoff Group and New Valley LLC. The total cost of the tower is pegged at $820M, per The Wall Street Journal. The JV acquired the site for $223M in 2013 and demolished a building formerly owned by St. John's University to make way for the tower. The KPF-designed tower is scheduled to break ground later this month, and sales have already started.

Eastern Consolidated has named Mark Schnurman a principal. Mark doubled the size of Eastern’s leasing team in his previous role as chief sales officer, which he took in 2013. Before joining Eastern, Mark served as EVP and director of business development at GFI Capital Resources.

The US Green Building Council's Rick Fedrizzi will step down as president and CEO at the end of 2016. Rick co-founded USGBC in 1993 and was appointed to the top job in 2003. The organization’s board has set up a search committee to find a replacement. Rick's successor is expected to take over at the end of this year.

Cushman & Wakefield has hired Sean Black as an executive director. Sean comes to C&W from JLL, where he was a managing director. Sean’s accomplishments include repping WeWork in leasing a total of 400k SF at multiple locations in NYC and in DC. He’s also a competitive boxer, with a bronze medal in the Pan American Games among his athletic achievements.

Common Ground named Vornado CIO Michael Franco as the new chair of its board of directors. Michael’s served on the board for three years. He joined Vornado in 2010 and was previously a managing director at Morgan Stanley.

Thor Equities is under contract to sell a 300k SF development site at 520 Fifth Ave for $275M. Ceruzzi Properties, a Fairfield County-based real estate investment company, is the buyer. Thor acquired the site in 2011 for $150M. In December, the firm filed with the city an application to build a 71-story retail/residential/hotel tower. The new owners intend to bring that design to fruition, according to Crain’s.

Mitchell Holdings bought the Herald Square Hotel, a 96-key hotel at 19-21 W 31st St from the Puchall family for $38.5M. Rutenberg Realty NY’s Robert Skinner repped the seller. StarBridge Commercial’s Peter Kim repped the buyer. (He was with Tri-State Hanmi Realty when the deal was negotiated.)

BLT closed on a $38.5M buy of 1 Elmcroft Rd, a 550k SF office building near BLT’s Harbor Point mixed-use development in Stamford, CT. The building has been vacant recently. Pitney Bowes was the former owner.

A development site at 186 Greenpoint Ave in Brooklyn sold for $2.5M. The site could hold about 7,200 SF for residential development. The sale price works out to about $348/SF. Cushman & Wakefield’s Brendan Maddigan handled the sale. 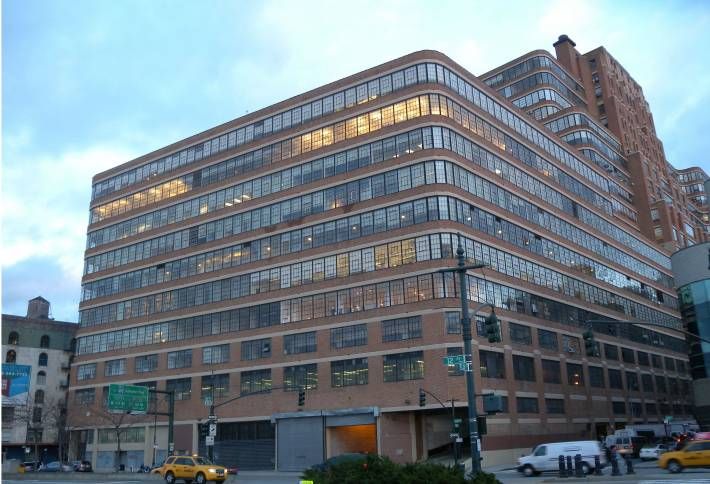 The Gap is taking 31k SF at 1514 Broadway, in a portion of the space formerly occupied by the Toys ‘R’ Us flagship store. Old Navy will take 23,500 SF. RKF’s Ariel Schuster and Justin Fantasia repped Gap Co., the parent company of Old Navy and The Gap. Cushman & Wakefield’s Bradley Mendelson and David Green negotiated for the landlord, Bow Tie Partners, in both leases. 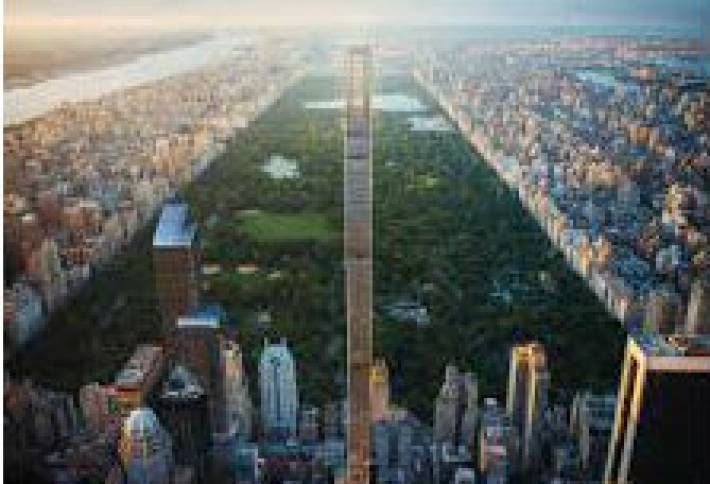 AIG will serve as the senior lender on a $725M construction loan for JDS Development and PMG’s ultra-luxe tower at 111 West 57th St. The terms of the loan reportedly dictate that JDS and PMG will have to sell 60 ultra-pricey condo units within four years. Apollo Global Management will issue a slightly smaller mezzanine portion of the debt of $325M, with AIG picking up the bigger chunk, sources told The Real Deal. The newly injected capital allows the JV building the megatower to refi an existing $230M loan it has out with Annaly Capital. JLL’s Aaron Appel repped the JV on this round of financing.

Delancey Street Associates, the JV behind Essex Crossing, the 1.9M SF mixed-use development on the LES, closed on a $250M construction loan on June 30. Wells Fargo and Citibank own the debt, and Wells Fargo’s Duane Mutti and Alan Weiner worked on the deal, according to the Commercial Observer.

A total of $65M in financing was secured for a 19-story mixed-use rental project to be developed by Slate Property Group at 1 Flatbush Ave in Downtown Brooklyn. Eastern Consolidated’s Adam Hakim and Sam Zabala brokered the financing (a combo of debt and equity), with assistance from James Murad.