The first week of 2018 was notable in New York because of the "bomb cyclone" that slammed the city with ice, wind and cold, but not because of a preponderance of real estate deals. 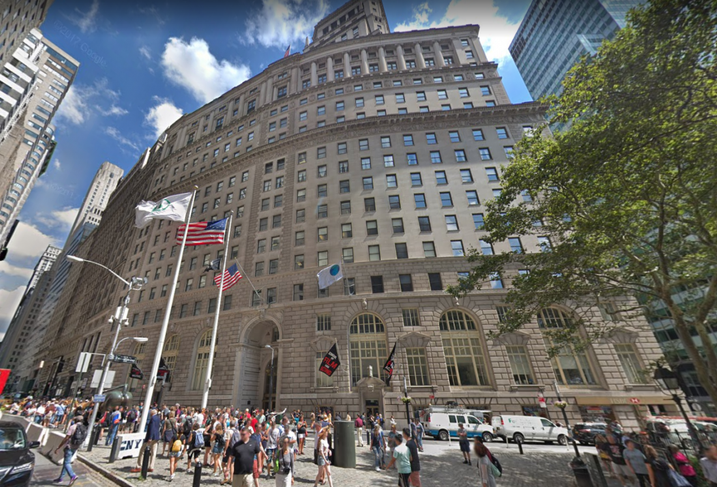 A flexible workspace provider focusing on health and fitness is growing in the Financial District. Primary has signed a deal to expand by 49K SF at 26 Broadway, a landmarked building owned by The Chetrit Group, where it already has a 25K SF location on the eighth floor. Primary's new space will encompass the entire third floor, room for about 500 people, and was leased with an asking rent of $47/SF. Jonathan Mines represented Primary in the lease, with law firm Cole Schotz advising, and Newmark Knight Frank's Howard Kesseler and Jamie Jacobs represented Chetrit.

Siemens is moving its U.S. headquarters next to Madison Square Garden. The German manufacturing company has agreed to lease 35K SF on the 11th floor at Vornado's One Penn Plaza, the 57-story, 2.7M SF office tower. The deal includes an option to expand to take up the entire 60K SF floor in the future, and it will begin occupying its partial floor this summer. Siemens renewed its lease at 527 Madison Ave., a sign of the company's growth in the city.  Vornado's in-house leasing team of Josh Glick and Jared Silverstein negotiated the deal with Cushman & Wakefield's Peter Van Duyne representing Siemens.

The New York Times has found a taker for half of its available office space at its eponymous building. Liquidnet has agreed to lease 140K SF of the 250K SF the Times put on the sublease market last year, in a deal with asking rents reportedly at $78/SF. Mitch Konsker of JLL represented the "dark pool" financial services firm, while Andrew Sachs of NKF represented the Times. Liquidnet will move to 620 Eighth Ave. from 498 Seventh Ave. this year. 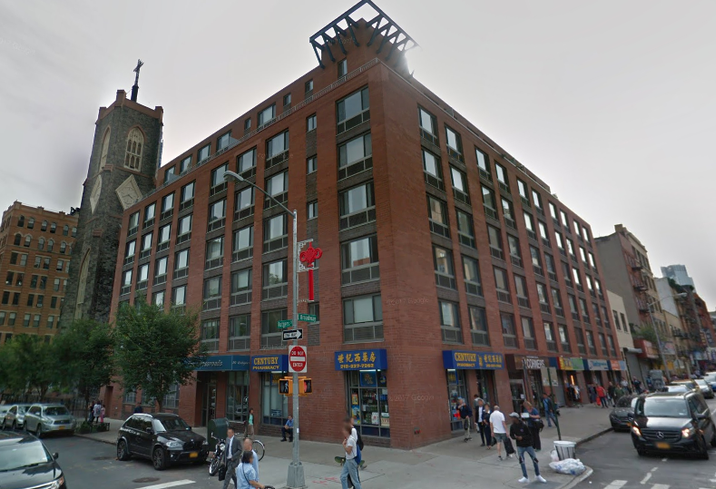 The Crossroads, an apartment building The Hudson Cos. developed in 1999 and has owned ever since, has a new owner. The 83-unit property, which includes more than 8K SF of ground-floor retail, was bought by Arbor Management Acquisition Co. for $59M. The acquisition was financed with a $40.75M loan from Raymond James, according to The Real Deal, despite city property records showing a loan amount for the $59M purchase price.

The former historic Brooklyn movie theater known as The Pitkin, now a charter school, at 1501 Pitkin Ave., has traded hands for $53M. POKO Partners sold the Brownsville building to Brooklyn's own Shulem Herman in what The Real Deal is calling the highest price ever paid for a single building in the neighborhood. The property is net-leased to the Brownsville Ascend Lower School. 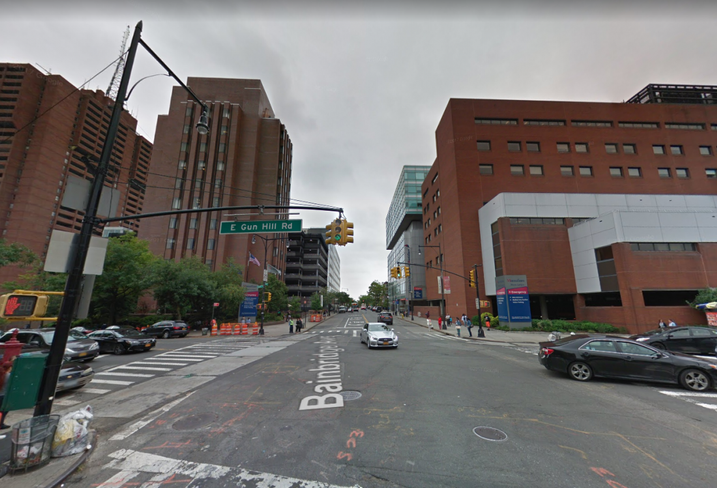 Google Maps
The Montefiore medical campus in the Bronx

The Montefiore Hospital and Medical Center in the Bronx's Norwood neighborhood has refinanced its loans on 32 parcels of land it owns in the area of its campus along Bainbridge and Steuben avenues. The hospital took out three loans for a total of $258.5M from lenders led by Prudential Huntoon Paige Associates and the Dormitory Authority of the State of New York.

Moin Development has landed a refinancing package for the New Luxury Hotel Mondrian Park Avenue at 444 Park Ave. South to the tune of $126.7M. The loan, which refinances the construction loan Moin secured to convert the former office building to a hotel, was originated by JP Morgan Chase. HFF brokered the financing on the transaction.

The Domain Cos. has landed a $61.2M refinancing for its mixed-use building at 1133 Manhattan Ave. in the Greenpoint neighborhood of Brooklyn. The building, called Eleven33, drew attention in 2014 for its lottery for the 105 affordable housing units on-site, which drew nearly 60,000 applications. The building received the financing from the Federal Home Loan Mortgage Corp. and the New York City Housing Development Corp.

CORRECTION, JAN. 15, 4:15 P.M. ET: Siemens is opening a new office space at One Penn Plaza, not relocating its current office, as a previous version of this story stated. This story has been updated.