As the weather finally cools in New York City, so too has the market, which was slow for leasing, investment sales and financing last week. 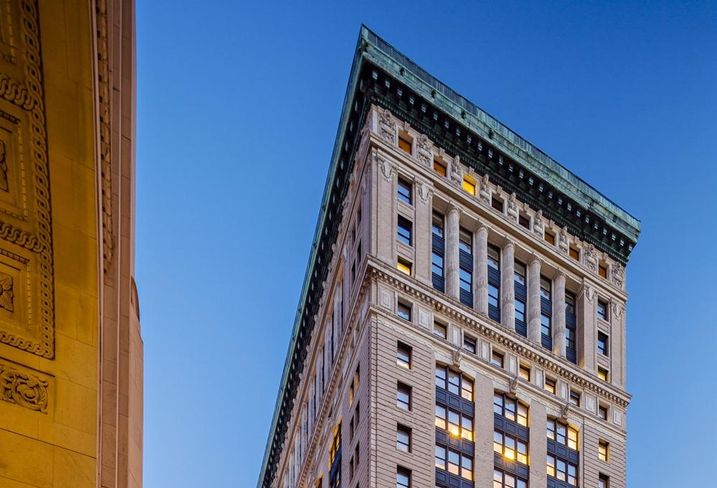 Columbia Property Trust is staying in the news in Midtown South. After closing on two building acquisitions worth north of $500M last week, the real estate investment trust, which trades as CXP on the New York Stock Exchange, signed a 34K SF lease at 315 Park Ave. South. The lease is with Gemini Trust Co., the technology company founded by twins Tyler and Cameron Winklevoss, famous for suing Mark Zuckerberg over the founding of Facebook and for competing in the Olympics in rowing. Gemini, an online exchange of digital currencies like bitcoin, will occupy two full floors in the 20-story, 330K SF building, which is now 73% leased, according to CXP. L&L Holding's Andrew Weiner and David Berkey represented the landlord, and CBRE's Ross Zimbalist and Michael Blum represented the Winklevoss twins.

Another city agency has signed a lease in Lower Manhattan. The New York City Department of Youth and Community Development has signed a 41K SF lease at 123 William St. The city's Department of Administrative Services, which handles leasing, finalized the deal two weeks ago with landlord AR Global for the 17th and 18th floors of the mid-block building. The agency is already in the space, but has been on a month-to-month lease for more than a year, according to Commercial Observer. CBRE’s Brad Gerla and Jonathan Cope represented AR Global in the deal, which will start at $2.1M for the first five years and increase to $2.6M by the end of the 20-year term. 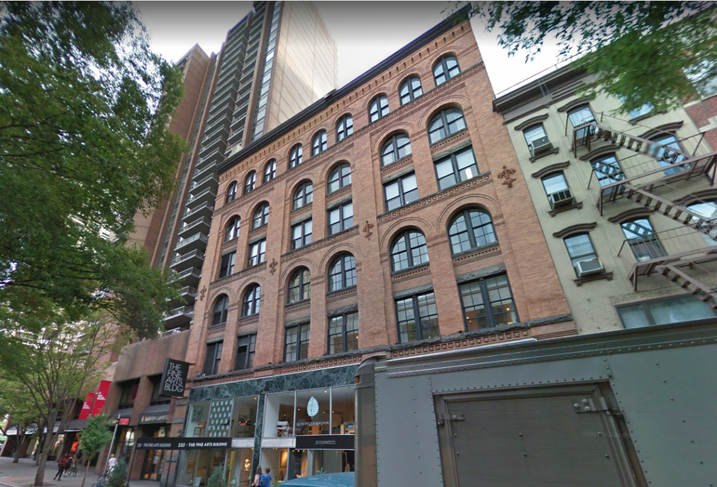 The Fine Arts Building, at 232 East 59th St., was the only building in New York City to trade for more than $10M last week. The Kabbalah Centre International acquired the 53K SF building for $60M, or a price of over $1,100/SF. A group of Greek hedge fund investors sold the building, which they acquired in 2014 for $34M. 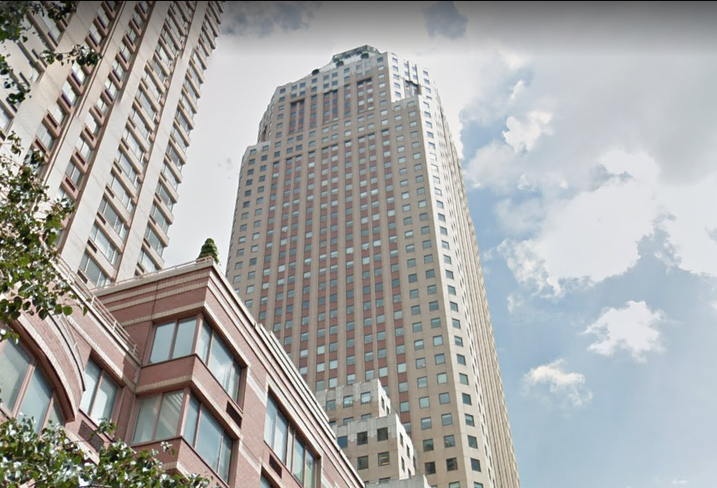 RXR Realty and SL Green have locked down acquisition financing for their acquisition of a 48% stake in One Worldwide Plaza from New York REIT. The pair of NYC real estate titans secured $940M in an acquisition loan from Goldman Sachs, retiring a $710M previous note and securing $230M in new debt, according to property records. New York REIT owns 50.1% of the building and George Comfort & Sons holds 1.2%.

The Kabbalah Centre International secured a $36M loan to fund its acquisition of the Fine Arts Building. Ladder Capital was the lender.

A JV led by foreign investor Uri Chaitchik has secured a $30M loan for its residential development at 548 West 21st St. The JV paid $50M for the site in 2014 to the Atlantic Foundation, a nonprofit that had used the site, eligible for 100K SF of residential and retail, for a gallery and studio space.