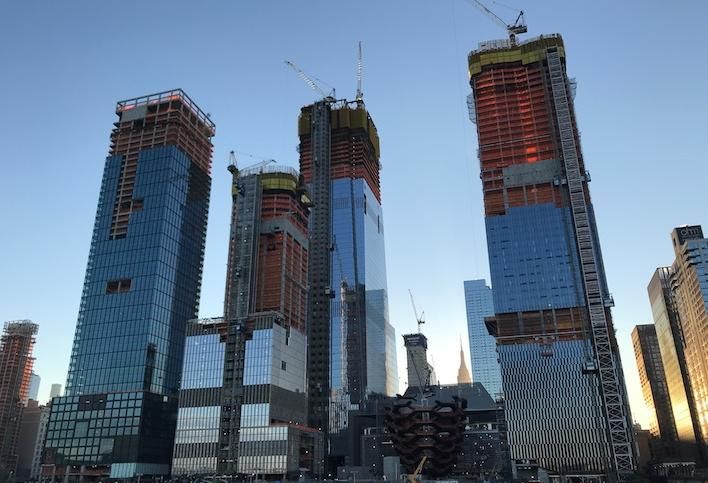 Related is suing the construction labor group it hired to build its Hudson Yards megaproject over its part in a union-led scheme that inflated construction costs by more than $100M, according to a lawsuit filed in the Manhattan Supreme Court Monday.

In the suit, the developer claims the Building and Construction Trades Council of Greater New York, an umbrella group for construction unions, and its president, Gary LaBarbera, have violated the Project Labor Agreement at the project, describing it as "not worth the paper it's printed on."

"The continued violations of safety rules, no-show jobs, and protests and picketing at which union leaders disseminate false and defamatory information, have left us with no choice," Related said in a statement. "Our experience should serve as a cautionary tale for others considering entering into a PLA with the BCTC."

The Concrete Workers District Council gave the job of coffee delivery to union members, who received $42.48 per hour, as well as $27.39 in benefits, according to the suit, the New York Post reports.

One of the workers, known as “Coffee Boy #1” in the suit, was a 55-year-old brother of a “high-ranking union official,” Related claims.

“In the month of February 2015 alone, for the privilege of selling coffee and snacks at the Project, Coffee Boy #1 was compensated for 155 hours work, of which 45 hours were classified as overtime payable at time and a half, or $69.87 per hour including benefits,” Related subsidiary Hudson Yards Construction claimed in the suit.

On top of the wages, site workers had to pay for the coffee.

Other allegations include time sheet fraud, in which one worker said he had worked 12 hours a day, seven days a week for a year, according to the suit. Other workers typically inflated their hours by 10% to 20%, according to Related.

BCTC told the Post it has not yet seen the suit.

“This is likely a retaliatory response to a movement in New York City, known as #CountMeIn, protesting open shop and nonunion development,” a spokesperson said.

Union groups have been gathering across from 50 Hudson Yards to protest against Related's use of “open shop” for the second phase of the development, which means using a mix of union and nonunion contractors.

Related claims LaBarbera and the council were “condoning, if not actively participating in, various corrupt practices” at the site. The suit is seeking $75M in damages and $200K from LaBarbera, who is accused of defaming the company.