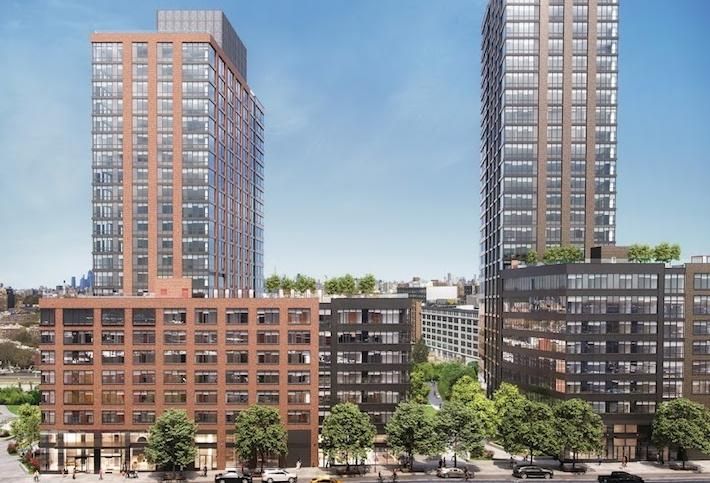 Courtesy of TF Cornerstone
Hero shot of 615 and 595 Dean St. from Dean Street

Nine months after buying into Pacific Park in Brooklyn, TF Cornerstone has released new renderings for its part in the megadevelopment.

The developer is creating 800 units of mixed-income housing at 615 and 595 Dean St., as well as new public open space, storefront retail and a Chelsea Piers Field House sports and fitness center, according to details released Tuesday.

The new open space will span 73K SF and will feature a playground, lawn and a dog run. Handel Architects is designing 615 and 595 Dean St., which will feature retail on the ground floor and 455 parking spaces. 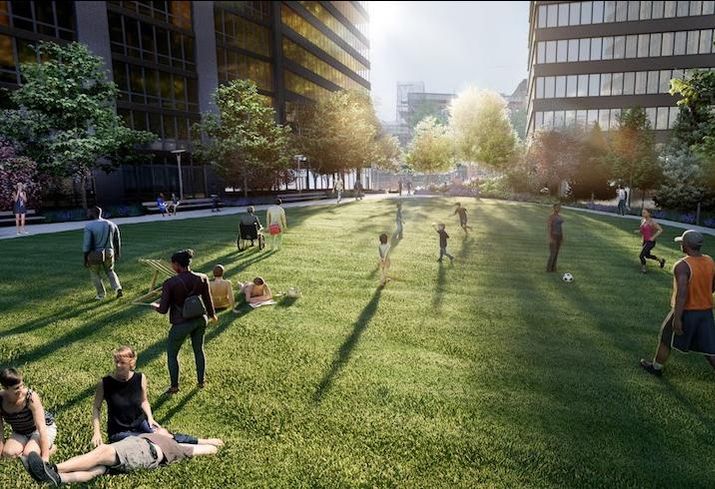 “As a family-owned company, TF Cornerstone will carry its approach as long-term owners and good neighbors to Pacific Park through developing open space and family-oriented amenities,” TF Cornerstone Principal Jeremy Shell said in a statement. “Guided by our core values to foster diverse and vibrant neighborhoods, we look forward to working with Chelsea Piers and our new Pacific Park neighbors to deliver significant community benefits to Brooklyn.”

Last September, TF Cornerstone and the Brodsky Organization announced they were taking control of three sites at the project, buying the leases from Greenland USA, an arm of Shanghai-based Greenland Group. Brodsky's site is at 664 Pacific St., and the company said at the time it would build 300 rental units above a middle school there. 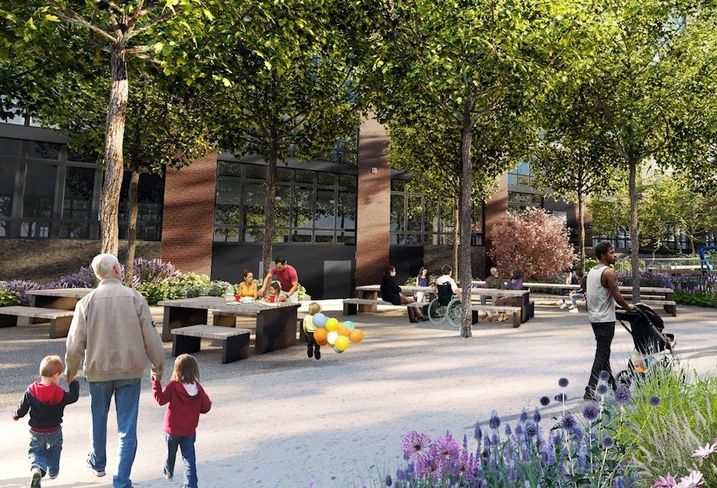 TF Cornerstone paid Greenland and Forest City New York $143.1M for the parcels at 615 and 595 Dean St. in a deal that closed in February.

As part of Forest City's original deal with the state, the Pacific Park project is required to deliver 2,500 affordable units by 2025. Forest City, which is now owned by Brookfield sold 70% of Pacific Park to Greenland USA in 2013. It sold another 25% to the firm last year.