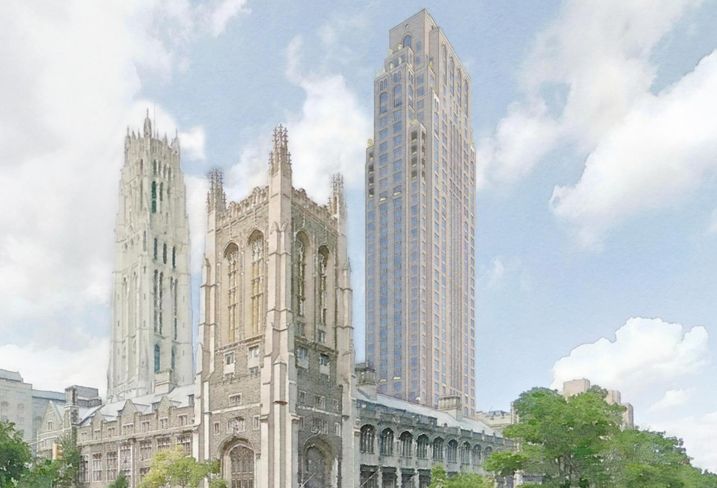 Lendlease and L+M Development Partners have locked down $250M in financing for a major mixed-use project they are building on the Upper West Side.

Global financial services firm Barings provided the construction loan for 100 Claremont Ave., the companies said in a joint release. The project, set for completion in 2023, would ultimately feature 165 condominiums, classrooms, academic offices and faculty apartments across a total of 354K SF, per the release.

The 42-story tower will be attached to the Union Theological Seminary, which is part of Columbia University. Lendlease and L+M bought air rights for the project from the seminary two years ago.

“The commitment and fortitude of our financial, academic and neighborhood partnerships have enabled us to move forward with the financing and construction of this unique project, despite the many uncertainties stemming from COVID-19,” Lendlease Executive General Manager Melissa Román Burch said in a statement. “With Barings, we have a dedicated financial partner that will allow us to deliver much-needed classrooms and housing for both the academic community and the broader Morningside Heights neighborhood, while also continuing our investment in the local community.”

The companies said they will invest $5M in the community as part of the project, including giving money to a newly created group called the Morningside Heights Community Fund that will work against homelessness and the displacement of vulnerable tenants.

Lendlease, an Australian construction giant that has been working to expand into development projects in recent years, also co-developed the Rafael Viñoly-designed luxury condo tower 277 Fifth Ave. with Victor Group.