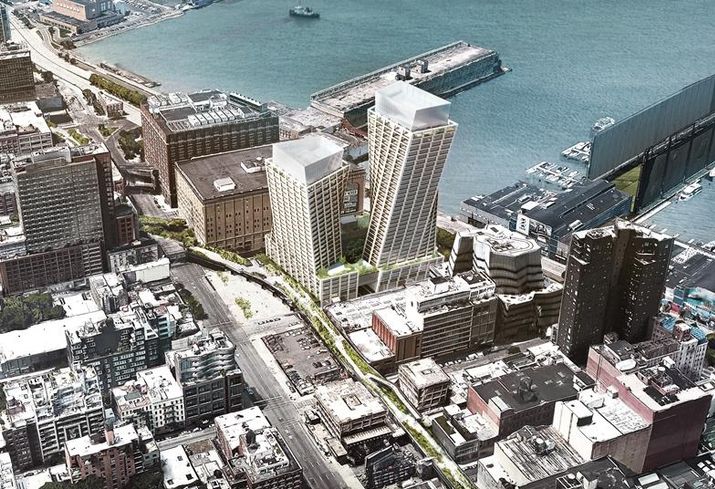 Courtesy of Bjarke Ingels Group
Rendering of The Eleventh, HFZ Capital's development on the High Line

An executive at development firm HFZ Capital Group is facing charges of fraud, after he was allegedly bought off by members of the notorious Gambino crime family.

HFZ Managing Director John Simonlacaj pleaded not guilty in Brooklyn Federal Court Friday to charges of wire fraud conspiracy and tax fraud, The City reports. He posted a $250K bail and was released, according to the publication.

Prosecutors charged Simonlacaj, who heads the development division at Ziel Feldman’s HFZ Capital Group, as one of multiple employees who they allege accepted bribes and kickbacks from members of the crime family in exchange for inflating invoices and change orders at HFZ's billion-dollar condo development in Chelsea at 76 11th Ave.

CWC conducted free renovations at Simonlacaj's suburban home, which was paid for in the form of exaggerated invoices to HFZ, according to U.S. attorneys. The alleged bribes took place between between June 2018 and June 2019.

"HFZ, along with several other major New York City development firms, learned of a government investigation into CWC several months ago," HFZ said in a statement. "As a result, HFZ removed CWC from all of its projects and cooperated with the investigation. HFZ immediately terminated Mr. Simonlacaj’s employment upon learning of the allegations against him, which run contrary to the values of the firm and how its business is conducted."

The XI, which topped out earlier this year, is designed by Bjarke Ingels and features 236 condos and the first Six Senses Hotel in the U.S. New Zealander billionaire Graeme Hart reportedly spent $34M on an apartment there this summer. The project received nearly $1.5M in tax breaks, The City reports.

The project is one of many condo projects in the city that are up against vast competition and a sluggish market. Thousands of condos in the city, many of them in the luxury sector, remain unsold, creating a challenging environment for developers bringing product to market right now.

UPDATE, DEC. 10, 8:30 P.M. ET: This story has been updated to include a statement from HFZ Capital Group.