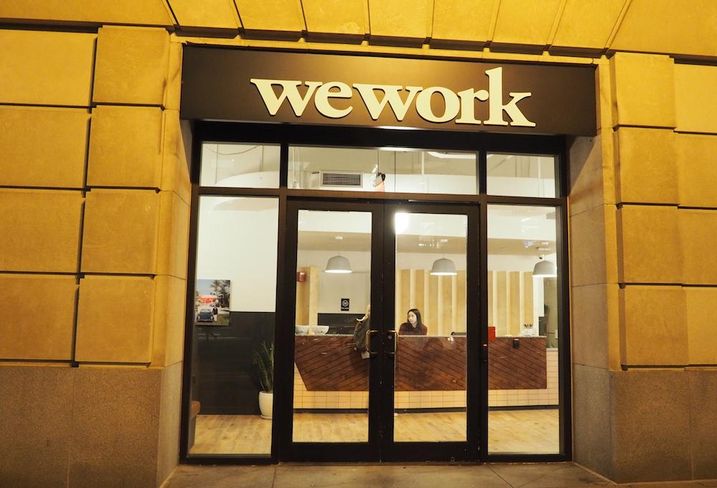 WeWork's former director of culture is suing the coworking giant and one of its co-founders, alleging she was sexually assaulted by two co-workers and the company unjustly fired her in retaliation for speaking out.

Ruby Anaya filed the lawsuit against WeWork and Miguel McKelvey in Manhattan Supreme Court on Thursday, suing on the grounds of sexual harassment, gender discrimination and retaliation. In her suit, Anaya claims she was groped at WeWork's Summer Camp in 2017 and "forcibly kissed" by a male colleague at WeWork's January 2018 Summit event.

She said she reported both incidents to WeWork human resources and contacted McKelvey, and said she was fired afterward, just before lucrative stock options she was due were set to kick in. WeWork disputed her claims through a spokesperson and vowed to fight the suit, which was first reported by NBC.

She claims the Summit and Summer Camp went hand in hand with WeWork's culture of drinking, cultivated by its founders.

"These events are as notorious as its free beer-all-day and mandatory happy hour policies. The company spends upwards of $20M on these events, which center around partying and reflect the frat-boy culture that starts at the top," the suit states. "Indeed, WeWork founder Adam Neumann plied Plaintiff with tequila shots during her interview with the company."

Neumann has a well-documented affinity for tequila — he led the hundreds gathered at a 2017 event in D.C. in a tequila shot toast — but the suit is the first public accusation of sexual harassment against the coworking giant valued north of $20B.

The Summit event, according to Anaya's suit, is a "huge, three-day, alcohol- and drug-laden party for all employees of the company." Anaya claims co-workers told her "it's only a matter of time until someone gets raped."

WeWork disputed the characterization of the Summit to NBC, calling the events business meetings with a single evening event. 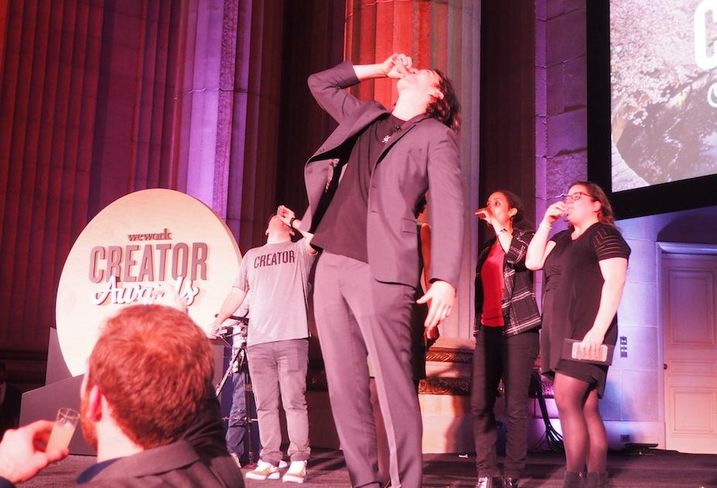 The employee who allegedly groped her told human resources "he was black-out drunk and had no recollection of the incident," the suit claims. WeWork's HR department told Anaya he would be taking a sexual harassment course, but did not pursue disciplinary action, she alleges.

She claims when she reported the kissing incident, she was told the employee would not be fired because he was a "high performer."

Anaya, who was promoted to director of culture in 2017 after starting the company's technology department, was terminated in August. She claims she received a "work excellence" award from the company and never received a negative performance review.

Through a spokesperson, WeWork disputes her claims of harassment, retaliation and the facts she states in her suit. WeWork said Anaya indeed received negative performance reviews and claims she admitted her poor performance and that she hadn't shown up to work regularly.

"These claims against WeWork are meritless and we will fight this lawsuit," the spokesperson said in a statement. "WeWork has always been committed to fostering an inclusive, supportive, and safe workplace. WeWork investigated this employee's complaints, took appropriate action, and this employee was terminated solely because of her poor performance."

Anaya said her termination occurred just before the next Summer Camp event and just before a tranche of her stock options, as part of her employment contract, was set to vest.

In the months since her employment ended, WeWork's valuation has continued to climb to levels previously only reached in the private marketplace by Uber, Airbnb and SpaceX. WeWork is reportedly in negotiations with its largest investor, SoftBank, for a possible $20B capital injection that could give the Japan-based investment giant a majority stake in Manhattan-based WeWork.

Anaya is seeking to be compensated for lost wages, the value of her stock options, and "damages for emotional distress and humiliation."