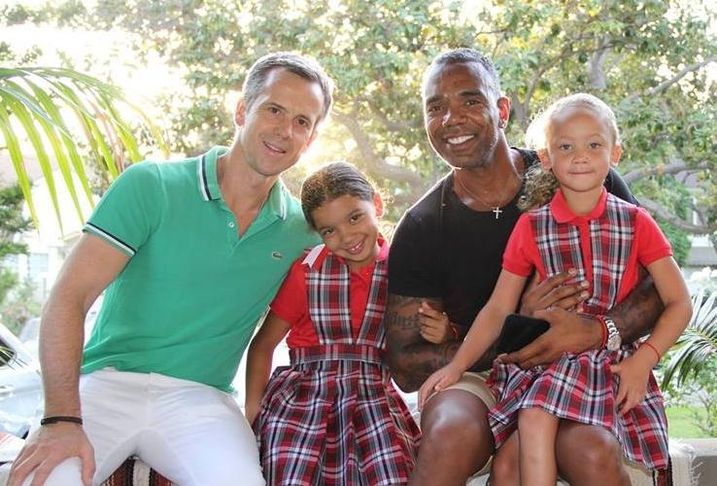 Courtesy of Chris Fraley
One of the speakers, RealtyMogul Chief Investment Officer Chris Fraley with his husband, Victor, and daughters Coco and Kiki

Some of commercial real estate’s top LGBTQ leaders discussed the challenges still facing the community within the industry to close out Pride Month on Tuesday.

The group of executives discussed their identities in the workplace and a recent historic Supreme Court decision on Bisnow’s The Way Forward: Investment, Development and Financing Outlook For Key National Markets webinar. The group also spoke about their own work and what they are seeing in the market right now.

“I’ve been in real estate my entire career, and real estate has a diversity problem across the spectrum,” Crow Holdings Capital Investor Coverage Director Christopher Rice-Shepherd said. “I think we’ve started to do much better with the inclusion of women in decision-making roles across the industry. [There is still] a long way to go with people of color, and probably even further to go with LGBTQ professionals leading these organizations.” 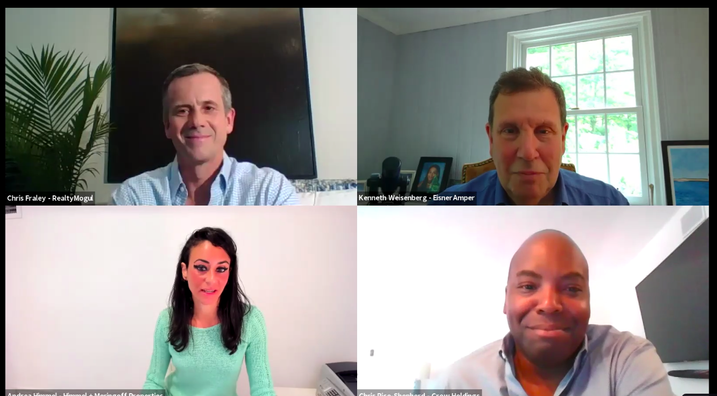 Rice-Shepherd spoke alongside Himmel + Meringoff Properties Director of Strategic Acquisitions Andrea Himmel, RealtyMogul Chief Investment Officer Chris Fraley and EisnerAmper partner Kenneth Weissenberg about the historic June 15 Supreme Court decision, in which a 6-3 majority found it unconstitutional to discriminate against an employee in the workplace on the basis of sexual orientation or gender identity.

“I hope it’s a groundswell that promotes diversity and inclusion across the industry,” Rice-Shepherd said. “But I have my doubts; we’ll see.”

Fraley discussed his mixed emotions about the decision. While he was happy that it is now illegal to discriminate against people who identify as LGBTQ at work, the case was bittersweet for him because three of the Supreme Court justices voted against the protection, he said.

“I am absolutely thrilled about the decision,” he said. “I am also incredibly frustrated that over 50 years after the Civil Rights Act, we’re finally protected from not getting fired at our jobs.”

Fraley noted a GLAAD poll that found that a significant portion of the country is still uncomfortable with the idea of an LGBTQ CEO.

“You can’t legislate acceptance,” he said. “I would hope that this does create some change, but really it’s the culture that has to change.”