EXCLUSIVE: Only 2.5% Of Land In NY Tri-State Region Is Walkable Urban

New York City was the country's first truly urban area. But today, the suburbs around it, despite being linked by rail transportation, are almost entirely sprawled suburbia and present huge, untapped potential for transit-oriented development. 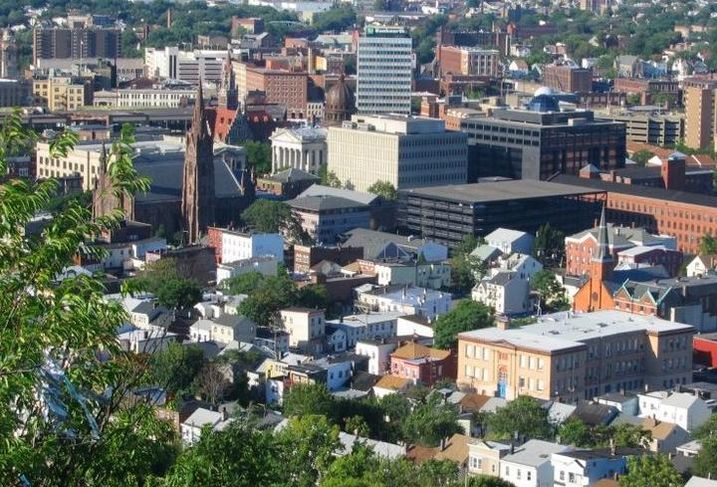 Only 2.5% of the total land in the Tri-State region is walkable urban, according to a George Washington University School of Business Center for Real Estate and Urban Analysis study. Walkable urban neighborhoods, or WalkUPs, are a measure of high-density development with multiple real estate product types centered around non-automobile transportation. By comparison, 5.5% of metropolitan Boston is WalkUP, according to CREUA research.

This means developers must work with local government leaders to take advantage of the region's potential and build mixed-use projects along an already existing network of rail stations. Those developments could foster greater economic productivity, more diversity and meet the region's pent-up demand for walkable development.

Of the 149 WalkUPs in the Tri-State region, 130 are served by a rail transit hub within a half-mile.

"Transit-oriented development is a great way to bolster walkable urbanism," CREUA director of research Michael Rodriguez said. "The best opportunities will be taking advantage of the already built-out infrastructure in the region."

Walkable urban areas contain the majority of economic assets in the region. The researchers calculated that the region's walkable territory, 2.5% of the region, accounted for 56% of gross regional product, roughly $6 trillion. That is equivalent to 30% of all securities traded on the New York Stock Exchange and Nasdaq combined.

Walkable urban real estate drives economic productivity and has a significant premium over its suburban counterpart. Researchers found that the average price PSF of a walkable urban asset is $541, a 150% premium on the average square foot in suburbia, valued at $318.

However, not all real estate asset classes carry the same premiums in WalkUPs. As of the end of Q3 2016, the premium for square footage of the average walkable urban hotel is 384% over its suburban contemporary.

Resistance to walkable development in suburbs often comes from local governments and community groups that resist change. This is where GWU researchers say there needs to be more public education about the value of walkup space.

"Often the question is, where isn't there resistance to walkable urban development?" CREUA chair and former developer Chris Leinberger said. "Ninety percent of new real estate is in 2.5% of the land mass in the region. Much of the development has been so focused in a small area that it creates an imbalance in real estate prices in the region."

A community needs either 340K SF of retail space, or 1.4M SF of office, within a half-mile from central transportation to be classified as a WalkUP, according to the methodology used by CREUA researchers. 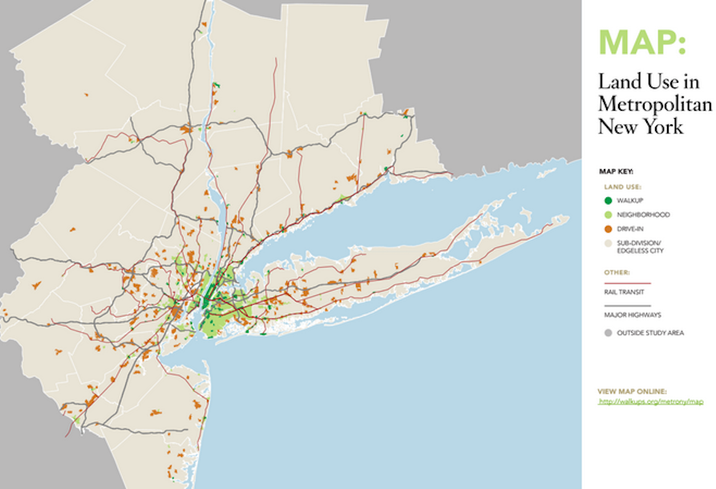 Under this criteria, out of more than 700 train stops in the Tri-State region, the vast majority of the communities along the Long Island Rail Road, Metro North and New Jersey Transit do not have walkable development around transit.

Some Tri-State communities have made strides to become urban and walkable. Leinberger said that Larchmont, N.Y., has a downtown based along a rail line, and community leaders want to become a special, walkable, urbanized suburb with more investments in higher-density development along the town's rail corridor. Larchmont could be an example for other communities such as Islip, Melville, Port Jefferson, Hicksville and Manhasset that are along rain lines and have the potential to become WalkUPs, Leinberger said.

RXR Realty, the real estate developer, owner and manager, adapted to the trend of concentrating greater walkable development in suburban centers along rail corridors to give suburban residents the option of a walkable lifestyle.

The real estate conglomerate has worked with the city of New Rochelle in Westchester County to change the zoning laws to allow developers to build an additional 11M SF across a mix of uses. RXR controls 4M SF of the new development pipeline. At 587 Main St. in New Rochelle, RXR manages a 28-floor, 280-unit rental building containing 15K SF of retail and 10K SF of cultural space.

In Glen Cove, RXR began construction on Monday on two buildings: The Beacon, a 167-unit condominium complex, and Harbor Landing, a 385-unit apartment building as part of the company's $1B investment in the Garvies Point waterfront on Long Island. 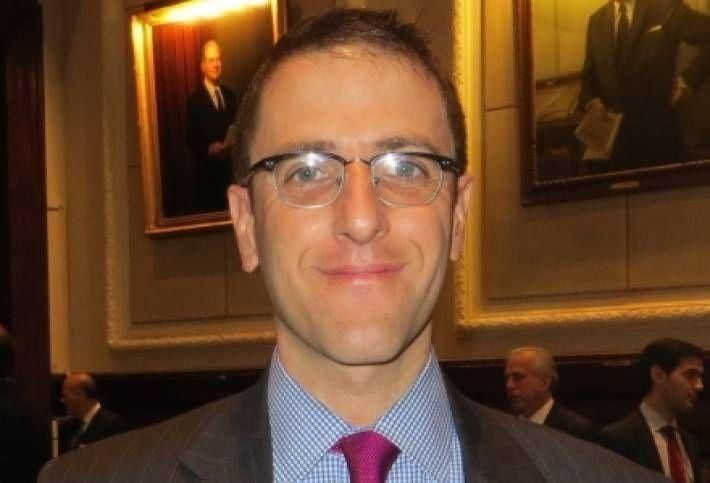 "What these projects have in common is that they meet the demand of young professionals who are looking for the urban lifestyle, but need to do so at lower costs," said Seth Pinsky, RXR's executive vice president and investment manager of the metropolitan emerging market strategy. "If the New York region is going to compete in the 21st century, it has to house people at a reasonable cost."

Local resistance to new development — known as the "Not In My Backyard" or NIMBY movement — is in the past, Pinsky said. Over the past 10 years, the trend has reversed as suburbs have developed to their limits and cannot grow fast enough to accommodate young workers who are critical for local business.

"If you have to change something, it is much better to do a lot of growth on a little bit of land than to change the whole community," Pinsky said. "We worked with our partners and the city to change the zoning laws on 5% of New Rochelle so that the other 95% would be untouched while expanding the tax base for everybody."

The model for New Rochelle could work for many other suburban communities on the rail corridor. Pinsky said that in many ways, it follows a development trend that started with Brooklyn and Queens 30 years ago.

While RXR's developments are a step in the right direction, it is clear from GWU's research that much more development is needed in New York's suburbs to solve the region's ongoing affordable housing issues. The only question, at this point, is which communities will follow Larchmont, New Rochelle and Glen Cove's lead, and which ones will stay wedded to their cars.