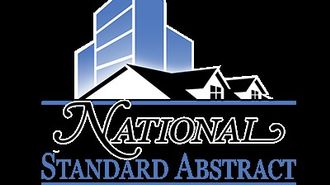 Since launching in March 2015, National Standard Abstract (NSA), a full-service title insurance firm, established itself as a leading minority-owned business, working with the most active real estate developers in New York. The firm covers complex transactions in mixed-use, office, market-rate and affordable housing, amusement parks and hospitals. Founder Osei Rubie says that, in a short time, NSA has closed $124M ($67M in December alone), primarily in affordable housing and commercial real estate sectors in Harlem, Brooklyn, Queens, the Bronx, Manhattan and Nassau County. Approximately $345M of deals are in the pipeline through the end of this year. The $124M of deals are broken down like this:

• $43M for a 33-building, affordable-housing development in Brooklyn (December)

• $7M refinancing of a senior-housing building in Harlem

• $6M refinance by an affordable-housing developer in Brooklyn

• $1M refinance by an affordable-housing developer in the Bronx

• $1M refinance of a residential building in Harlem

• $2.4M refinance by an affordable housing developer in Harlem

• $39.6M in residential transactions in Brooklyn, Bronx, Manhattan, and Nassau and Suffolk counties.

Osei tells us these deals take considerable time to navigate to get to closing–some even years—and most often involve complex legal issues. NSA is a member of the New York State Association for Affordable Housing and the Supportive Housing Network of New York. It also just received its Minority and Women’s Business Enterprises (MWBE) certification from the city. For more information on our Bisnow partner, click here.