Mitchell Steir To Step Down As Savills Chief 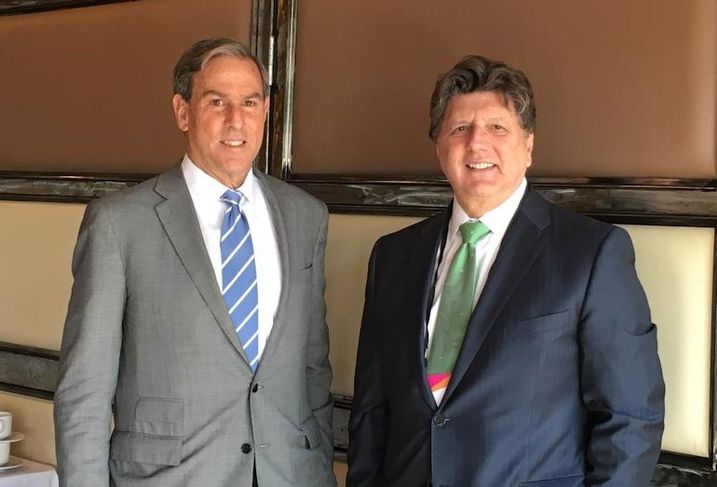 Savills North America is about to get a shake-up in leadership.

After 18 years at the helm of Savills North America, and Savills Studley and Studley Inc. before that, Mitchell Steir will be stepping down from his role at the end of this month, the company announced Friday.

"The global pandemic COVID-19 has forced all of us to pause and reassess our approaches to both business and everyday life,” Steir said in a statement. “After much reflection, I have concluded that it is time for me to step down from my current position as CEO. Leaving the company I helped build and saying goodbye to my many friends and wonderful colleagues has not been an easy decision.”

Mitchell Rudin, who has been the brokerage’s president since 2018, will replace Steir as chairman and CEO, the company announced. He joined the company after leaving his role as CEO at Mack-Cali, replacing then-President Michael Colacino.

"Mitchell Rudin joined Savills North America 18 months ago and, as President, has already revitalized our management team, including expanding our commitment to diversity and inclusion at the executive level, and led the continued growth of our business," Savills Global CEO Mark Ridley said.

Before leading Mack-Cali, where he served as CEO for two years before being demoted to vice chairman, Rudin had led Brookfield Office Properties' U.S. division. He also has experience as a brokerage CEO, serving as CBRE's Tri-State Region head for five years.

"Savills is an outstanding organization, I am excited by this appointment, and I look forward to continuing to work with the Board and my many exceptionally talented colleagues across North America and the globe to deliver for our clients," Rudin said in a statement. "Savills is very well positioned to capitalize on a broad range of opportunities to grow our platform and continue to diversify and enhance our services."

Steir played a critical role in leading Studley's merger with UK-based Savills in 2014. Savills currently has 35 offices around the country.

“I take tremendous pride in what we've accomplished,” Steir said. “It's been so much more than a job; it's been one of the great joys of my life."