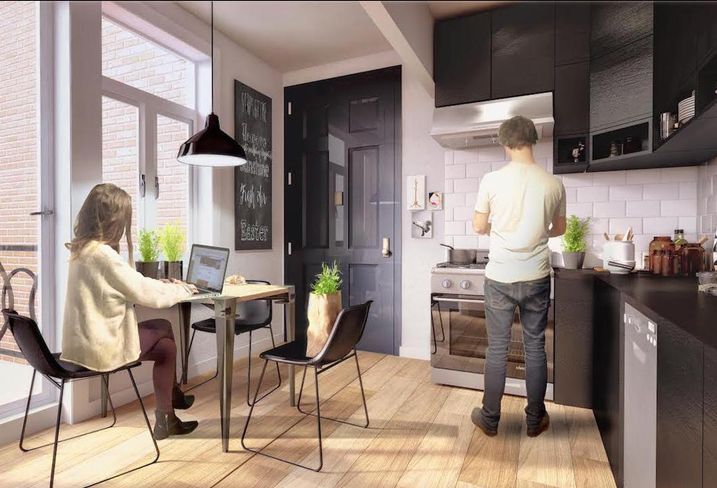 Courtesy: Medici Living Group
Rendering of a kitchen at Quarters

Chinatown is getting a new co-living space.

Berlin-based Medici Living Group, a common living apartment company, will be renting out its first apartments, known as Quarters, at 324 Grand St. in Chinatown starting in May, the company announced.

Leases will be as short as three months and start at $1,799/month. The 47 living spaces will be contained in three-bedroom or bigger apartments, where residents share common spaces, a kitchen and a bathroom.

Although the firm leases more than 1,200 units worldwide, New York will be the company's first foray into the United States, with plans to start co-living spaces in Washington, DC, and Los Angeles.

The building, previously vacant for a number of years, was identified by the company for a Quarters location in July and will be brought to market eight months later.

"This building is between Ludlow and Orchard streets, two of the most vibrant streets in Manhattan," Medici North America managing director Evan Kasper said. "This location was the first location that we found that would allow us to implement our Quarters model and get us up in a timely fashion."

Many Quarters tenants are international and want an affordable way to live in urban centers, Kasper said. 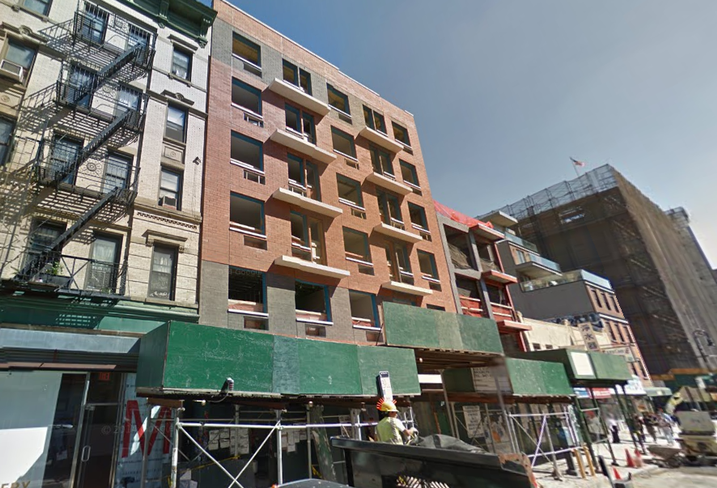 Kasper said that New York is one of the most expensive housing markets in the world, and there is no better place to try out a solution to the urban housing crisis.

Other co-living companies have found success and high demand for their products in the New York area. Common, another co-living provider, launched in Brooklyn in 2015 and now has locations in San Francisco and Washington, DC. The company has received 14,000 applications for 265 rooms in its buildings.

Bryan Bumgardner, a data analyst at DigitasLBi, has been living in the Brooklyn Common living community since January 2016. He said the additional human interaction from the living experience has made him enjoy life more. Plus, people use friendships from co-living to attend events and even get introduced to new jobs.

"It feels way more natural than shutting yourself up in an apartment or a suburban home," Bumgardner said. "Pressures from society convinced people to live away from others. This is a way to live making people happier."