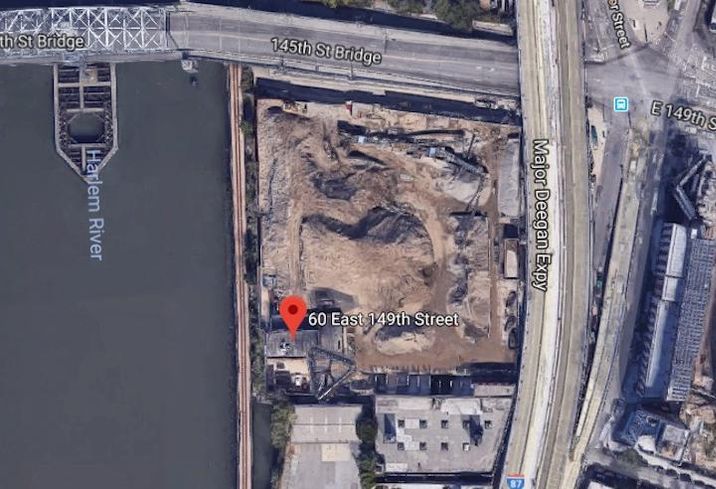 The Lightstone Group is doubling down on the Bronx, reportedly inking a ground lease on a big site development site in Mott Haven.

The site is on the waterfront at 475 Exterior St., also known as 60 East 149th St., The New York Post reports. There is potential to build a 764K SF project there, and Lightstone is paying $30.5M for the 49-year lease, with an option for a 50-year extension. The deal was signed last month.

An entity of Bronx County Recycling called River Edge Realty has owned the land since 1992, when it paid $6,400. The site falls within the federal government’s opportunity zone program, according to the Post.

The Bronx, particularly the South Bronx, has seen a flurry of investment activity in recent years.

Lightstone already spent $50M on a 267-unit portfolio in Bronxdale last year, and Brookfield paid $165M last year for a 4-acre site along the Harlem River where it is planning to build 1,300 housing units.