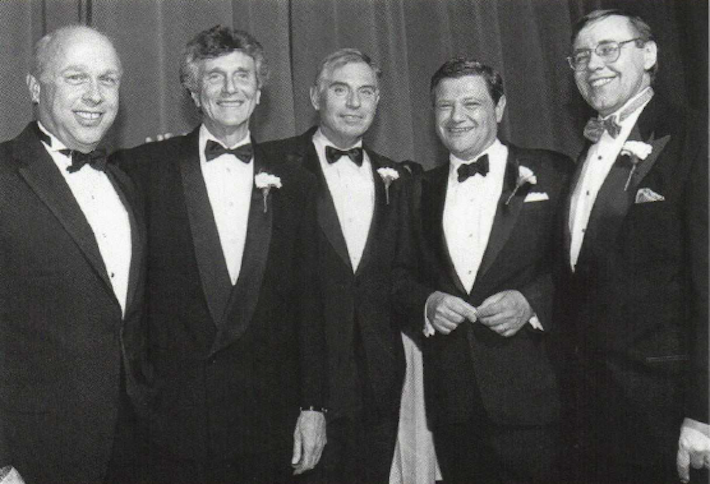 D. Kenneth Patton, who served as chief operating officer of Helmsley Spear and as president of the Real Estate Board of New York for eight years, died last week, The Real Deal reports. He was 87.

Patton most recently served as dean of, then special adviser to, the NYU Schack Institute of Real Estate, but his influence in New York City — in real estate and more broadly — spanned a career of decades in public and private service. He was the first administrator of the city's Economic Development Corp., appointed to that position by Mayor John Lindsey.

As head of the EDC, the graduate of the U.S. Merchant Marine Academy helped spearhead transformational projects, including the city's acquisition and renovation of the original Yankee Stadium and the establishment of the Convention Center Authority, which led to the construction of the Javits Convention Center.

"The governors, members and staff of The Real Estate Board of New York mourn the passing of D. Kenneth Patton, who served as REBNY's President from 1973 to 1980," REBNY President John Banks and Chairman Bill Rudin said in a joint statement. "New York is a better place thanks to the leadership of D. Kenneth Patton. In addition to his service in Mayor Lindsay's administration as Economic Development Administrator and Commissioner of Commerce he was the New York City Police Foundation's Founding Trustee and Chairman Emeritus ... We extend our sincere condolences to his wife, Helene and the entire Patton family."

As chief operating officer of Helmsley Spear, he was responsible for brokering nearly $1B worth of commercial deals, serving as the right-hand man for New York real estate titan Harry Helmsley, according to TRD.