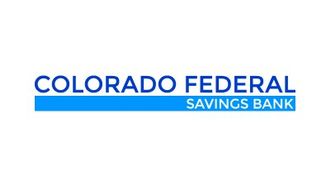 How The Right Bank Can Save Your Deal

Perhaps the most difficult stage of the developmental process takes place long before the first shovel smacks the dirt.

One developer in Toluca Lake, CA, was in danger of forfeiting a six-figure deposit when the property they intended to buy was held hostage by typical delays.

Previously approved plans and permits could not save them, only time could. Colorado Federal Savings Bank provided that time, green-lighting a three-month acquisition/bridge loan through a common ownership affiliate. The financing required no additional underwriting or appraisal.

A bit to the south in Beverly Hills, a client found themselves inches away from completing a one-of-a-kind deal. When its partner backed out at the eleventh hour due to an unwillingness to leave a paper trail, COFSB was on the spot again.

The bank provided a needed buyout of the demurring partner's stake, before approving construction financing via an affiliate.

Chief lending officer Alyssa Schramm says her bank is happy to save the day when good deals are about to go under because the nature of building—especially in the realm of speculative residential projects—will result in some scrapes and bruises for even the most seasoned, trustworthy developers.

“We understand that development deals can have myriad structures that require each deal to be looked at and structured on its individual merits,” Alyssa tells Bisnow. “We underwrite to typical bank guidelines, but we know our niche and have positioned ourselves accordingly with common ownership affiliates to structure transactions and meet the needs of a significant number of developers.”

Alyssa  says that COFSB can move as quickly as their clients’ deals dictate. So far, a healthy roster of developers is happy that’s the case.

Many of those clients can be found on the West Coast or in the Midwest.

While COFSB's footprint in the east is a bit smaller, Alyssa tells Bisnow the bank aims to actively grow its presence in markets such as Charlotte and the Greater New York Area.

Colorado Federal Savings Bank (CFSB)
Colorado Federal Savings Bank, headquartered in Greenwood Village, Colorado, is a federally insured bank serving communities across Colorado and the United States. Originally chartered in 1990 as a savings institution, but acquired by new ownership in 2008, today Colorado Federal operates as a non-branch direct banking platform. In addition to offering traditional consumer banking savings products, we provide unique real estate lending solutions to a variety of commercial clients nationwide. Colorado Federal Savings Bank is an Equal Housing Lender. To help us achieve our goal of becoming a leading real estate oriented financial institution, we have built a close affiliation with Provident Funding Associates L.P. one of the largest and most highly respected non-bank mortgage originators and servicers in the nation. By leveraging Provident Funding's expertise and 20+ year track record of success we have created a banking institution capable of serving the varied needs of real estate borrowers, investors and developers. We are entrepreneurial, proactive and growth oriented and we look to serve customers of a similar mindset. For more information about the Bank and its products and services, please visit www.coloradofederalbank.com.
Confirmed! You are subscribed to the Bisnow New York E-Newsletter.
Most Read Stories
More Top Stories
Bisnow NY Newsletter
Bisnow NY Newsletter