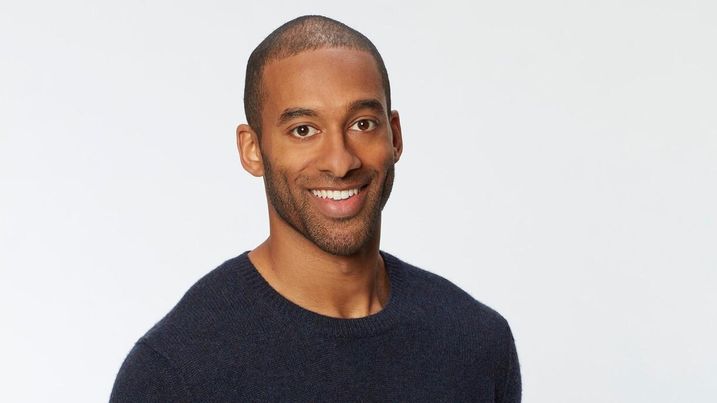 ABC's The Bachelor
Matthew James, CBRE Broker and lead of the 25th Season of the Bachelor

One New York real estate broker will leave the Big Apple for Bachelor Mansion in Los Angeles to look for love on national television.

CBRE broker Matthew James, 28, was named the first black male star of The Bachelor in the reality show’s 18-year history. The North Carolina native played wide receiver for Wake Forest University from 2012-2014, had a brief stint trying to stick in the National Football League before making his way into banking, then commercial real estate.

“I think it is a step in the right direction,” James said on Good Morning America Friday morning. “Hopefully, this is the first of many black men to be in the position that I am in now.”

James works as an associate broker in CBRE's Downtown Manhattan office. He previously was in the brokerage's research department after starting his career working for PNC Bank in Pittsburgh. James' college teammate at Wake Forest was Bachelor alumnus Tyler Cameron, the runner-up and fan favorite from Season 15 of The Bachelorette.

“Hopefully, when people invite me to their homes on Monday night, they’re going to see that I am not much different from them,” James said on GMA.

The announcement comes after critiques of the show's lack of diversity reached a tipping point last week. The only other black lead in the franchise, Rachel Lindsay, who was the star of Season 13 of The Bachelorette, said she would leave the franchise if the next bachelor was not black.

“There is no excuse as to why they have casted for 40 seasons and there has been one person of color, it doesn’t make any sense and it is a form of racism,” she said on the Bachelor-affiliated podcast she hosts, "Bachelor Happy Hour." “You’ve built a franchise that perpetuates and mirrors exactly what is wrong with our society, and you continue to play into an audience that is willing to accept it, and I am tired of it.”

Fans, past contestants and leads from the franchise showed support for the Bachelor Diversity Campaign, which called on the show to address “inequalities in casting.”

James was originally cast as a contestant for Season 17 of The Bachelorette, which has been postponed due to the coronavirus pandemic.

Though James has never been on any show in the franchise before, he is not a new face to many of the franchise’s fans. In addition to being best friends with former teammate Cameron, he is friends with Bachelorette Hannah Brown as well. The three have been posting pictures and videos together amid the shutdown.

In addition to his commercial real estate career, James owns and operates ABC Food Tours, which gives tourists tours of some of the signature eateries of Lower Manhattan. He lived on the Upper West Side as of 2019, according to Wake Forest Magazine, which profiled him in 2019.