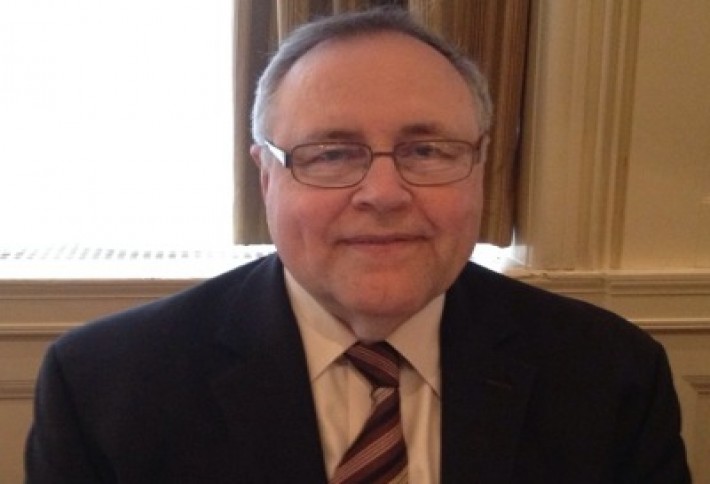 REBNY president Steve Spinola wants to reinvigorate the office stock in Midtown East, but yesterday he voiced a few things his organization would like to see done differently from the current rezoning plan. First, a history lesson on the rezoning proposal: Three years ago, REBNY lobbied for existing buildings larger than the currently allowed FAR (enacted in '61 after the area already had been built up) to be grandfathered in for redevelopment so the world-class office market wouldn't age into oblivion. The Department of City Planning preferred a zoning modification, so here we are. And here's what Steve says REBNY wants to change:

1) Steve said Midtown could see 15M SF of new construction, though only 4.5M more than what's there now (the rest would be replacements). REBNY agrees developers should have to kick in money for the District Improvement Fund on a per-SF basis--but only for the 4.5M SF.Edison Properties'Jason Miller, JLL's Craig Slosberg, and Edison Properties'Lenny Lazzarino were among the YM/WREA members at The University Club at 54th and Fifth, where Steve spoke.

2) REBNY also thinks the $250/SF of development for the DIF is too high--for two reasons. It assumes a 60% land-to-value ratio as standard, and REBNY believes it should be closer to 45%. And the appraisal includes Macklowe and CIM's 432 Park, which is a condo tower (planned to be the country's tallest residential building), not commercial. 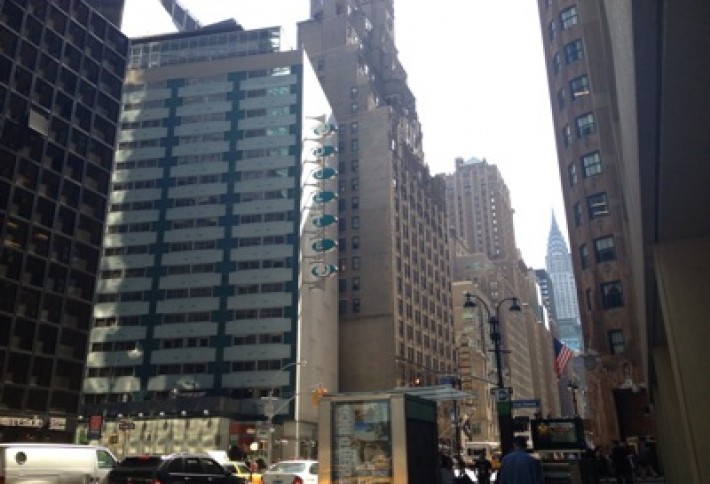 3) Uses other than office won't be eligible for the increased FAR allowed under the proposal. Steve says the City is dead set against residential (it can be built, but not at higher density), but he thinks hotels with condos could be squeezed in.

4) "We cannot allow the City to landmark away its economic future," Steve says. He's perplexed that 570 Lex (where he works, above) and the Doubletree hotel across the street (one picture up--we snapped both yesterday) both are landmarks. (One guess which one he thinks does not belong.) He says of the 17 additional Midtown East buildings the Municipal Art Society wants to protect, the 17 on the Landmarks Conservancy's list, and the Historic District Council's 33, only six make all three lists. Steve's more interested, he says, in creating the landmarks of 30 years from now than using landmarking to block development.

5) His last concern is what he deems arbitrary decisionmaking involving SF: He doesn't get the requirement that any new development eligible for the increased FAR occur on a plot of at least 25k SF. He and REBNY also believe unused landmark air rights, such as those belonging to St. Patrick's, St. Bartholomew's, and Central Synagogue (not just Grand Central's), should be available for purchase. (Make it residential so "livin' on a prayer" can be taken literally.)

1 million spacebucks to whomever can guess what band was playing on Ron Lo Russo's Pandora station when it went on during yesterday's YM/WREA lunch. Emailamanda.metcalf@bisnow.com.