700 companies out there subscribe to Trepp's services, helping the CMBS information provider grow even during the downturn. But how many know the faces behind the database? 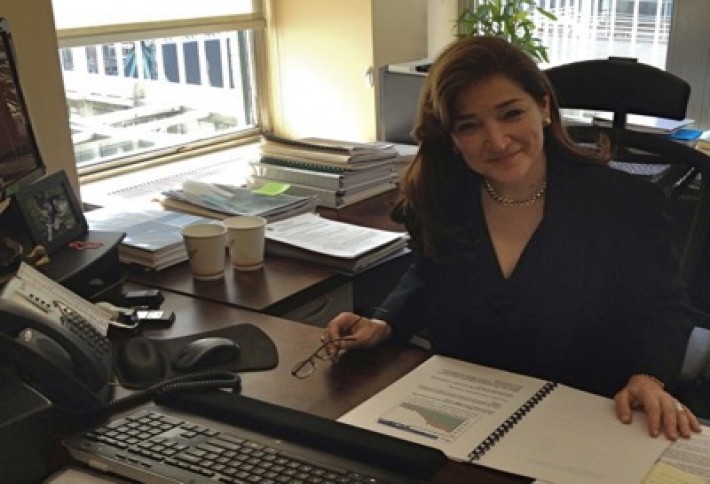 At the firm's 477 Madison HQ, we foundAnnemarie DiCola, who marked her eighth anniversary as CEO a week ago today. The company grew from 36 employees to almost 100 during that time and a database of more than 100,000 mortgages. She joined the company in 1990 and remembers when transferring data to bigger clients meant hopping in a cab with a Bernoulli box. (Go ahead and Google what that is, see how large it is, then send a thank you tweet to Dropbox.) The Fordham and NYU Law grad lived in the Bronx until 19, when her family moved to New Rochelle. She and her husband (part owner of and grandson of the founder of Patsy's on 56th, a Sinatra hangout) were city-dwellers for a bit but now live in New Rochelle themselves.

And here's the company's namesake, Rick Trepp. While working at Chase, he watched Wall Street delve into investments backed by asset-based collateral and knew institutional investors would have trouble understanding them, ratings agencies would find them difficult to rate (foreshadowing?), and Washington wouldn't know how to tax them. The Dartmouth grad started Trepp as a consultancy (but took pains to secure the rights to the data) focusing on residential mortgage-backed securities and other asset-managed vehicles like auto leases and credit card receivables. He sold the database to Thomson (now Thomson Reuters) in 1990, turning to CMBS and converting Trepp to a subscription-based service. 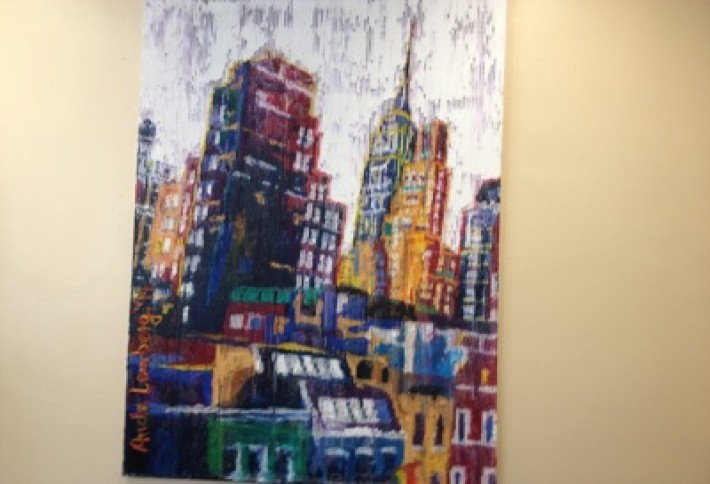 Rick sold the company to DMGT (the family firm that also owns the UK's Daily Mail) in 2000 but maintains an office at 477 Madison; the artwork above is on loan to Annemarie for her office. In addition to the core CMBS offering, Trepp now also offers data on the mortgages within the securitizations (for the mortgage origination, research, and law geeks among you) and data from banks' quarterly FDIC filings, via its 2010 acquisition of Foresight Analytics. Trepp also is creating a stress test tool for smaller banks based on Foresight founder Matt Anderson's algorithm, which predicted 96% of all bank failures. It's a logical fit considering Annemarie says CRE loans often are the biggest contributor to banks' success--or failure. 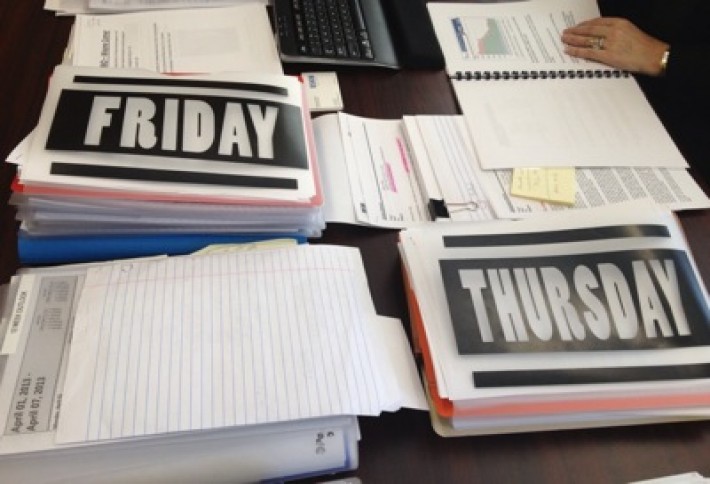 Rick must be a fan of the direction Trepp has taken since he sold. He's a special advisor to DMGT subsidiary DGMI, and his new company, Rockport, is JVing with Trepp on TreppPort, which launched in January to provide a customizable platform for clients' data on CRE holdings. Annemarie tells us Trepp also is watching European and Asian CMBS and other new frontiers like longevity, catastrophe, and solar panel financing bonds (what she calls "impact investing"), should any of them reach a critical mass that would justify jumping in. She stays on top of all these ventures thanks to assistant Anissa Zellman's genius organizing tricks like the folders we snapped above--which remind us, it's time to do our laundry. 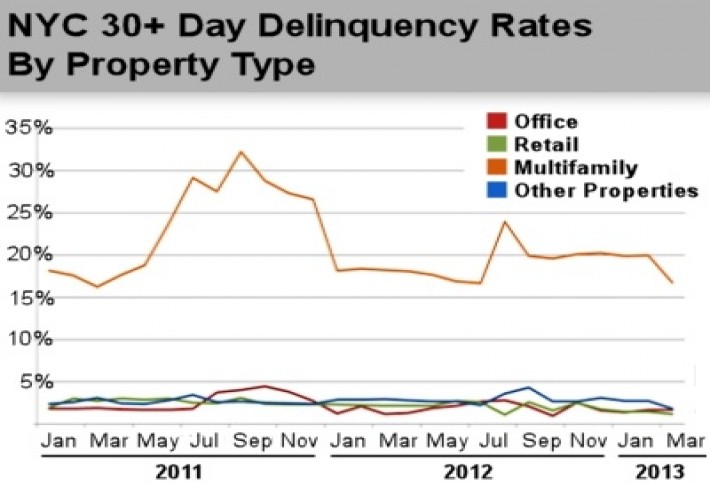 This chart may be jarring, but, c'mon, who wasn't delinquent in 2011? Taylor Swift was on the radio and a little dance called the Dougie was sweeping the nation. Annemarie tells us $70B of CMBS issuance is expected in 2013, $20B more than last year. That's a far cry from 2007, when issuance peaked at $220B, but she says the sweet spot for a healthy and sustainable CMBS market that can support financing and refis is way lower, just $100B to $150B.