Starchitect Daniel Libeskind--known for his designs of museums, memorials, and tributes to brutal history, much of it related to the Holocaust--said last night the inspiration for his master plan of the World Trade Center redevelopment was, simply, memory. 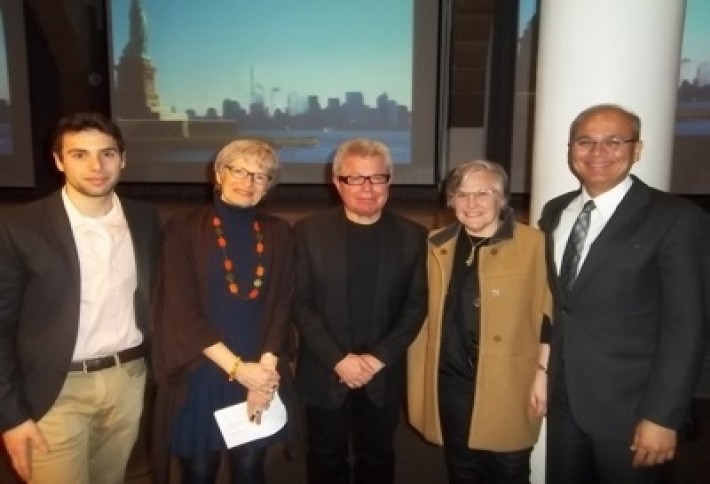 The point was, first and foremost, to remember what happened there, he says. Yet the new buildings also ascend in height as they curve around the site--so it's about more than the towers that fell. And he took care to let light into the memorial and street level for those still bustling through the streets of Lower Manhattan. Similarly, the exposed slurry wall on display in the 9/11 Museum--the only visible foundation wall in a living building, Daniel says--is heavy with the memory of the site but also communicates the bedrock from which Manhattan rises. He was speaking at Cooper Union, where we snapped him (center) with Cooper Union Hillel president Yoran Tokayer, professor Atina Grossmann, wife and business partner Nina Libeskind, and Cooper Union president Jamshed Bharucha. 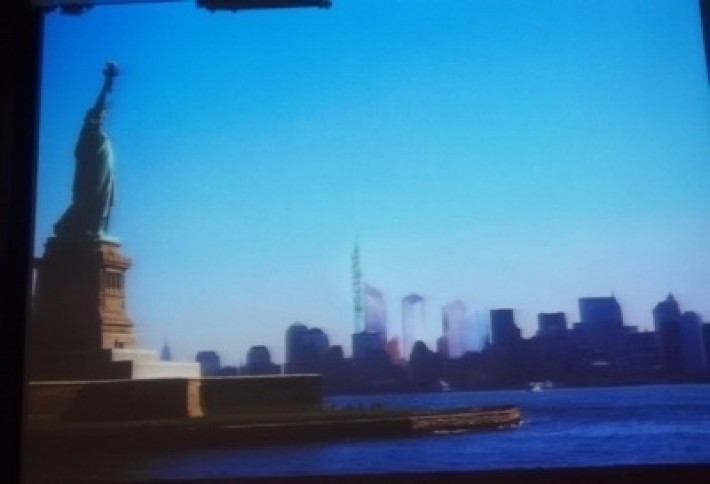 The idea of rising up--evident in this rendering Daniel projected of Downtown once all the buildings are up--is personal for Daniel, a Polish Jew who remembers passing the Statue of Liberty at 4 or 5am as his family arrived during the summer of 1959. It was on Sept. 11, 2011 when Daniel's Jewish Museum Berlin opened. And then after 12 years in Berlin, he and Nina decided to return to NYC. 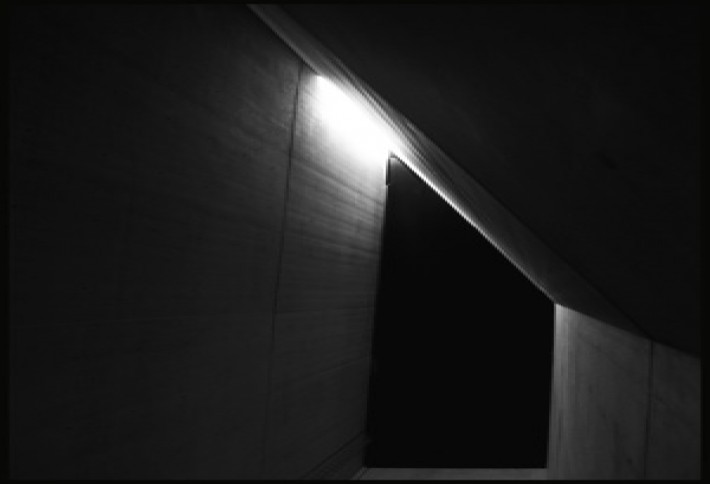 Daniel's frenetic speaking style matches his architectural one, in which light either swallows you or ekes in through slits of windows, materials juxtapose, and 90 degree angles are rare. Architecture evokes memory and experience, he says, through "a suddenness of light, the heaviness of material, a glimpse of disequilibrium." The Holocaust Tower at Jewish Museum Berlin (above), for instance, lets in light from just one high corner. Daniel says he was inspired by a prisoner who clung to the crack of light she could see through the slats in her Auschwitz-bound cattle car.