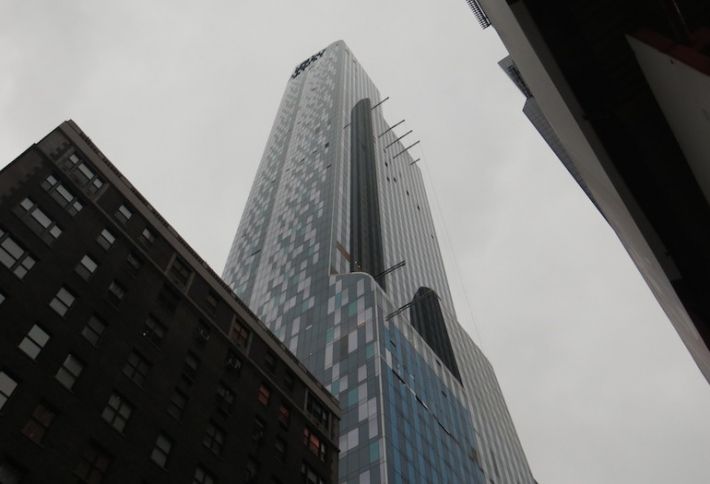 Eyebrows were raised across the industry when the Treasury Dept announced it would start requiring title insurance companies to reveal the identities of buyers of residential properties of $3M and up in Manhattan and in Miami-Dade County, FL. The idea, at least according to the Treasury, was to crack down on money laundering.

But the effort won’t focus on transactions done through wire transfers, which are commonly used in “cash” deals where no mortgage is used, The Real Deal reports.

Jim Carolan, head of the real estate practice at Withers Bergman, tells Bisnow he’s not even sure if the wire transfer loophole was intentional. He’s got other questions, too, like whether the loophole only covers funds directly to the title company (which he says is unusual), or whether it also applies to funds rewired from a US attorney’s trust account.

Stuart Saft, head of the real estate practice at Holland & Knight, tells The Real Deal the new oversight will likely come to naught because deals over $3M don’t involve personal checks or “suitcases full of cash.”

One common method of payment at the $3M-and-up level that the new regulations will cover are transactions done with cashier’s checks and certified checks. Title insurers often can access financial information that banks issuing those checks can’t—hence the Treasury’s requirement that they be the ones to carry out the financial detective work. Payments by money order also often leave records only on paper, which title insurance companies can more easily go after than regulators.

Banks have reason to assist the Treasury if asked to uncover records related to wire transfers. Exhibit A: In 2012, HSBC was slapped with a $500M civil penalty for slacking on reviewing trillions of dollars of transfers, and last year Commerzbank AG, a German bank, shelled out $258.7M to the Feds for failing to comply with US sanctions when it processed over 900 transactions, including wire transfers, that involved Iranian financial institutions.

The Treasury tells The Real Deal it will amend the requirements if wire transfers become a popular way to skirt them.

“Perhaps the safeguards in the international banking system, which are considerable, convinced Treasury that the exception was justified,” Jim tells us. Whatever the reason for it, he says, “it is welcome.”