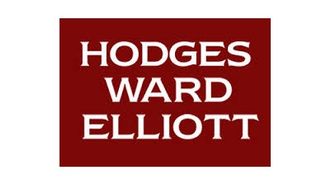 As the dust settles on 18 months of musical chairs in the brokerage community, a new institutional choice is emerging. Since launching in late 2015, the Hodges Ward Elliott commercial investment sales division has closed or put under contract approximately $500M in New York City, and the team is engaged in nearly $1B of new sale and equity assignments.

The team has brokered deals with institutional buyers and sellers that include The Carlyle Group, Harbor Group International, The Related Cos., Rockpoint Group, Urban American, Westbrook Partners and 60 Guilders.

HWE has succeeded by leveraging its network of strong investor relationships spanning the globe, detailed data analytics and team members who know the ins and outs of the NYC commercial market.

Managing director and native New Yorker Will Silverman has led the charge with managing director Paul Gillen and senior vice president Daniel Parker as HWE grows its client services beyond hospitality to other commercial asset classes.

“While everyone on our team had significant senior-level experience on all sides of the table, we realized the importance of differentiation,” Silverman said. “In addition to a deep commitment to relationship building, we have created a data science research apparatus that allows us to quantify the qualitative aspects of the New York market.”

Courtesy of Hodges Ward Elliott
An analysis of morning commutes from Williamsburg to office districts specific to jobs in tech, advertising, media and information

Useful data can sometimes be found in unexpected places.

When Rockpoint and Urban American hired HWE to market a multifamily portfolio in South Williamsburg, the team called on its in-house data scientists, led by Tim Kiely, a former member of AIG’s Science Group. Kiely studied the yellow taxi drop-off and pickup data to spot trends relevant to the properties.

“We strengthened our offering with data detailed enough that investors knew where the tenants worked, when they commuted to work, how much they were likely earning, and even what time they came home on Saturday night,” Parker said.

During property tours, HWE pitched the South Williamsburg market to investors with taxi ridership heat maps, Citi Bike ridership data and employment data gathered on the portfolio’s tenants. Hodges Ward Elliott's innovative marketing presented the investor with a rich picture of what they were buying.

The approach paid off when Related, the developer behind Hudson Yards, closed on the $60M portfolio.

Beyond the multifamily market, HWE has been gaining a market share in the Manhattan office sector. Earlier this year, the team closed a recapitalization of a large institutional office building. During that process, HWE broke from convention again.

Rather than simply highlighting a building’s “excellent light and air,” they compared the subject property’s ratio of square footage within 20 feet of a window to that of competing properties, demonstrating it was twice as high as the comp set. The team’s emphasis on using new and unique data sets has led to deep dives on topics ranging from real estate tax underwriting to floor plate inventories.

In March, Westbrook Partners turned to Hodges Ward Elliott to market a 144K SF Midtown South office property at 31 West 27th St. The target pricing of $115M will land on several institutional radars. Gillen has been on the other side before, having purchased and managed properties for Morgan Stanley and UBS for over 12 years before becoming an agent.

His experience is essential to making the client trust the team and attract the right types of investors.

“Having been in and presented to an institutional investment committee, I understand how our unique data analytics can endure committee scrutiny and ultimately drive value," Gillen said.

It is that comprehensive search for knowledge that defines Hodges Ward Elliott's success.